The feast is on! From dazzling debuts to dishes we can't get enough of, here are 50 reasons why Miami's dining scene is hotter than ever. 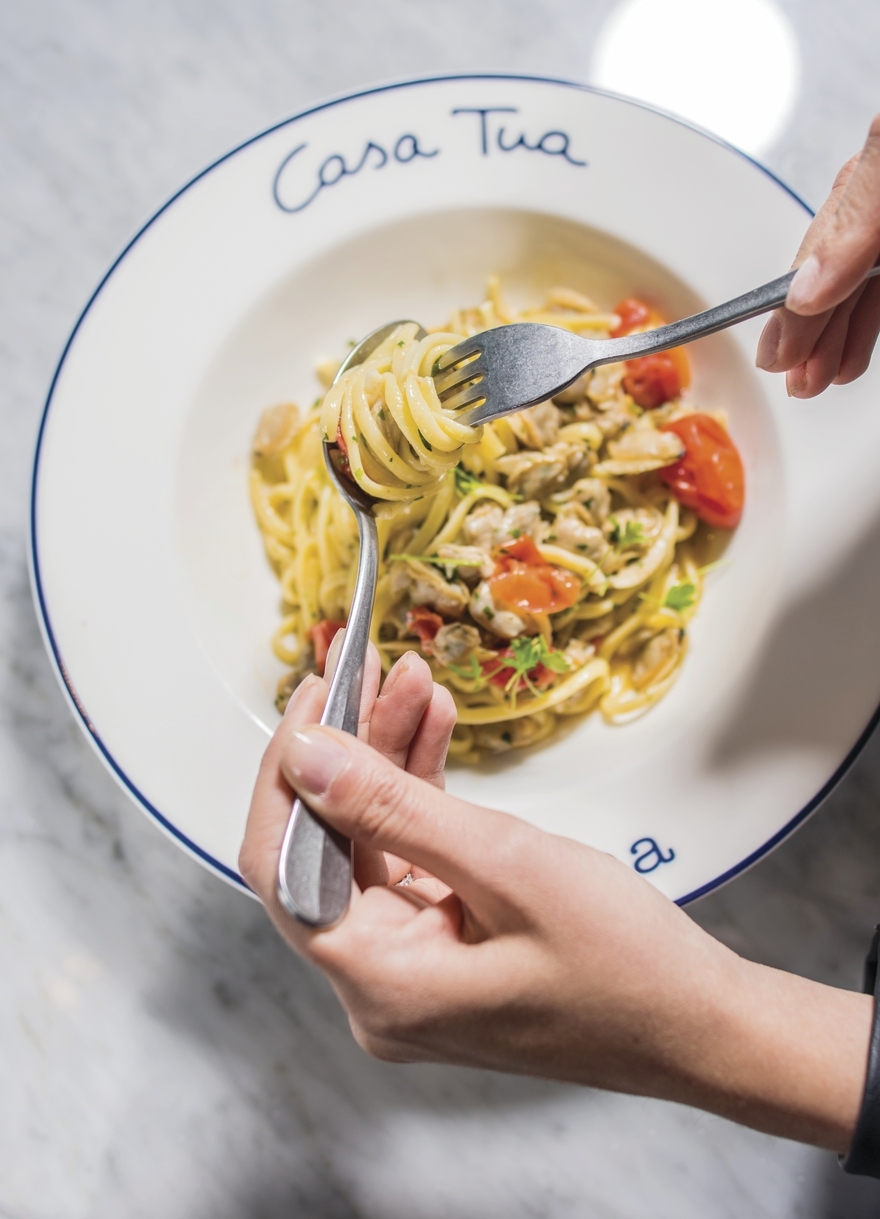 1. The Arketekt by Aficionados
As the name implies, The Arketekt is notable as much for design as it is for dining. With plenty of dark woods and plush fabrics, the library-like restaurant features fare courtesy of consulting chef Jean Paul Desmaison (the kitchen genius behind the gone but beloved Jean Paul’s House and La Cofradia). Dishes here show plenty of his South American influences, ranging from croquetas made with yuca and goat cheese napped with huancaína sauce to braised short ribs with aji panca adobo partnered by orzo mushroom risotto. Try brunch for its “morning after” cure: Hangover Ceviche plus a bloody mary. Take it from us—that’s just one equation guaranteed to get you going. 1200 Brickell Bay Drive, Miami, 786.427.6166

3. Casa Tua Cucina
Breaking the mold can go either way, but at Casa Tua Cucina inside Saks Fifth Avenue at Brickell City Centre, it’s worked out just fine. At this offshoot of Miky Grendene’s beloved Casa Tua in Miami Beach, 10 food-and-beverage stations proffer artisanal takeout, from coffee to caviar to carpaccio to a section for retail kitchen items. But the most lavish experience is on-site, where guests can feast on anything from nests of homemade tagliolini with littleneck clams to lamb porterhouse, in the 300-seat dining room. Our advice: Sit at the bar, where you can order from a menu that features dishes from most of the aforementioned stations. 70 SW Seventh St., Miami, 305.755.0320

4. Amara at Paraiso
Whether you’re interested in a giant prawn with tomatillo salsa, which you can snag from a roaming cart during brunch, or a meat parrillada complete with homemade chorizo and chimichurri, you can find it at Amara at Paraiso. The most noticeable jewel in James Beard Award-winning chef Michael Schwartz’s heavily encrusted crown, Amara sits waterside, offering indoor-outdoor dining, a second-story bar and balcony, and the opportunity for events and private parties that feature unparalleled views of sunset and moonrise. It also doesn’t hurt that everything from corn-and-leek empanadas to almond cake with rum icing is made on the breezy premises. 3101 NE Seventh Ave., Miami, 305.702.5528