For retail less ordinary, try any of these three new shops. 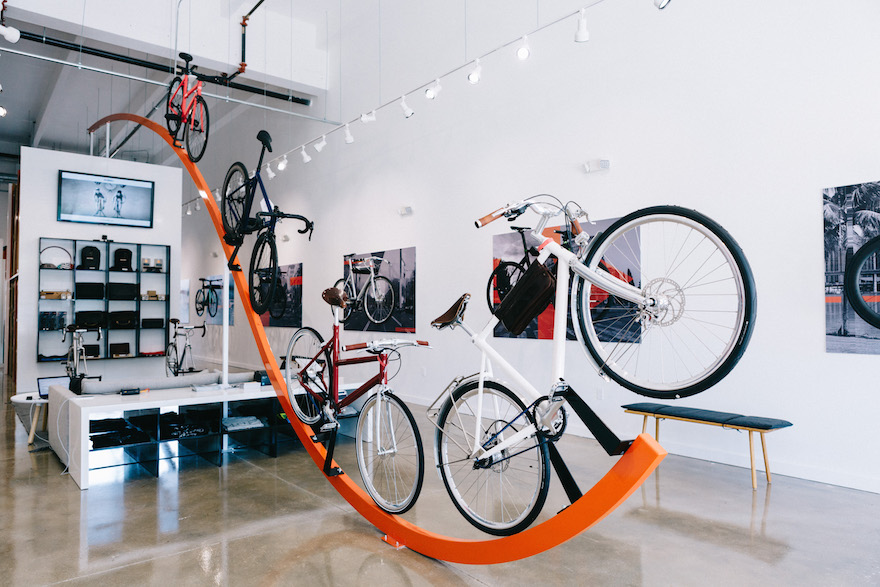 New & Noteworthy
In style, reinvention is everything. Alchemist owners Roma and Erika Cohen understand that all too well and that’s why they’ve been experimenting with change as of late. While their original location on the fifth level of the 1111 Building will remain exactly where it is, the ground floor boutique (which opened a few years later and where they introduced their lifestyle collection) has moved to the nearby 1111 Addition, a new annex that’s also home to Jo Malone. Also new is Alchemist’s eponymous label ($200 to $3,000), an assortment of unisex streetwear and denim in luxury materials (Japanese French terry, alligator and fur) created in collaboration with various artists, which arrives in late fall. In the meantime, a capsule collection, Paradise Lost, harkens back to Miami’s Cocaine Cowboys years. Bleeding letters, frayed edges and holes relay that tumultuous chapter in the city’s history. Premier retailers worldwide, including Maxfield in Los Angeles and Hirshleifers in New York, have already snapped up items for their own inventories, and a luxury department store in Manhattan (yet to be revealed) is planning a major activation for the holidays. Luckily, Miamians don’t have to go far for the goods. 1664 Lenox Ave., Miami Beach, 305.531.4653

Art and Commerce
Like it’s happened to many Miami artists, Pepe Mar was displaced by gentrification, and although he misses the days of his $300-a-month downtown studio, he’s embracing his recent migration to Little River as the move to the neighborhood has allowed him to allocate a good part of his new location to retail. “I’ve always loved the idea of having an artistic store, and this space happened to have a storefront,” says Mar of Del Rio, a new boutique/studio he co-opened with fellow artist Reniel Diaz and Venezuelan fashion designer Gussy Lopez. Besides the trio’s artistic offerings, Del Rio also offers garments from local lines like artTECA, which collaborates with artists Sanford Biggers and Wendy White for silk blouses ($180) and scarves ($100). Also on-site are vintage military jackets ($350) embellished with Mexican-inspired trims and scraps left over from Mar’s wild collages. 8373 NE Second Ave., Miami, 786.478.1603

Spokes Now
With its hard-to-find parking, Wynwood is already a hot spot for cyclists, so the opening of Superior Bike Shop in the neighborhood should come as no surprise. The gallery-like store is true to its name with offerings from premier European brands including Schindelhauer, 8bar and Fabike, whose hand-assembled models (ranging from $2,000 to $7,000) incorporate maintenance-free mechanics, lightweight titanium and carbon frames, and designer colors and finishes. 2105 NW Second Ave., Miami, 305.912.7790