From Korean comfort food to farm-to-table Argentinean fare, Miami’s dining scene is as varied as ever. 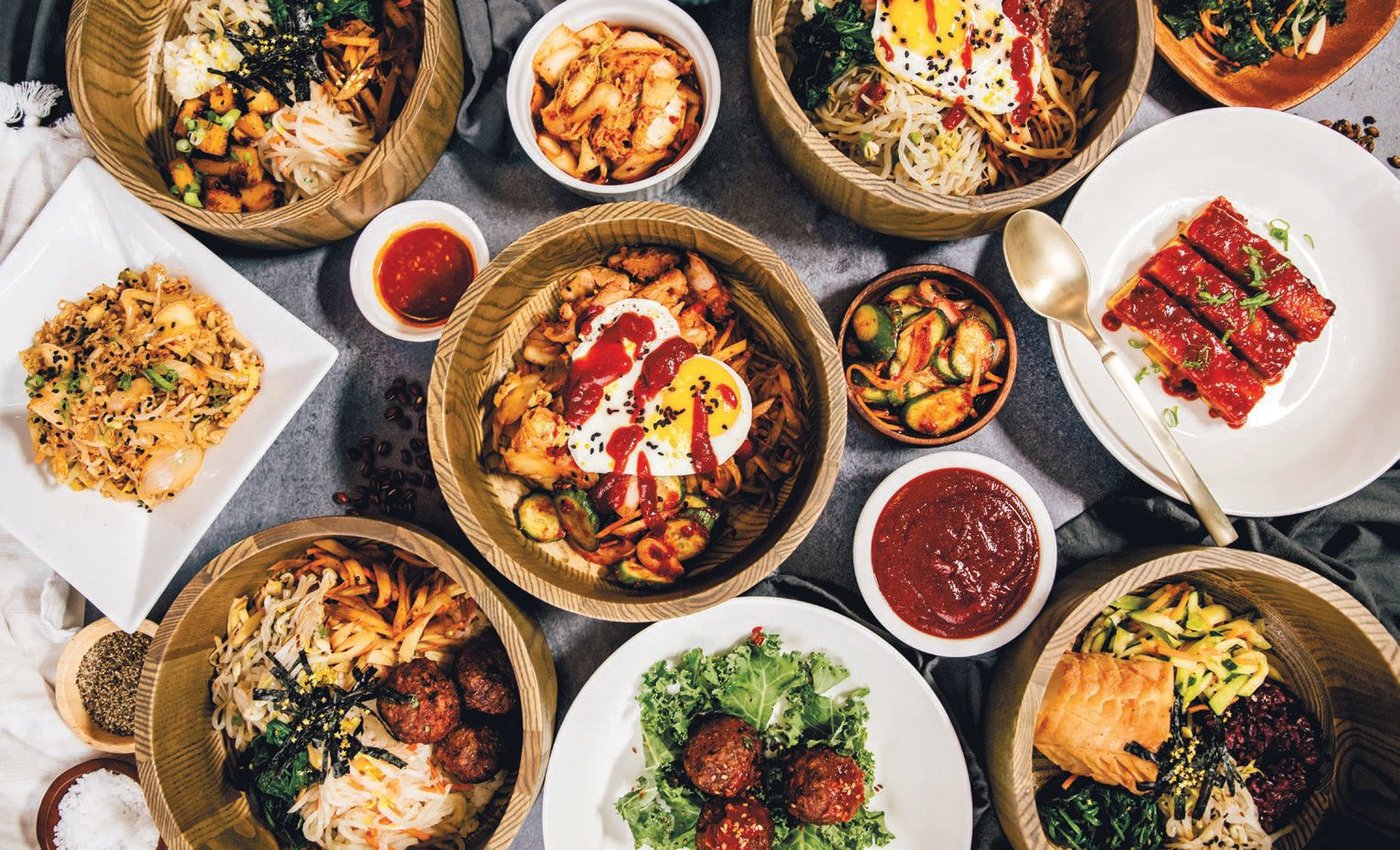 An array of dishes based on family recipes from 2 Korean Girls, a new pop-up in Coconut Grove PHOTO COURTESY OF 2 KOREAN GIRLS

Co-owners Ioannis Sotiropoulos and Efthymios Paliouras opened this eatery with one mission in mind: to offer the area more than an average cafe. A flexible space, ideal for a friends’ lunch or a work meeting, solidifies that intent. Selections include decadent chocolate-chip pancakes topped with sliced banana and almonds drizzled in maple syrup, and oven-roasted salmon with arugula. 1010 Brickell Ave., Miami, 786.216.7343, cremagourmet.com

The thumping beats of Mykonos’ world-renowned beach clubs inform the vibe at MAÜ, the city’s hot new Mediterranean restaurant. A jungle environment sets the scene for a delicious menu by chef Kosme Sanchez, which includes dishes such as the Lobster Hawk, a whole crustacean hugging a prime tomahawk steak. 3252 Midtown Blvd., Miami, 786.797.8164, mau.miami

Priding itself on seasonal and locally sourced ingredients, this charming eatery offers all-day breakfast and a large variety of plant-based, vegan and vegetarian options. But the place is Argentinean after all, so the menu also boasts selections such as grass-fed short ribs that are slow-cooked for 12 hours in a secret homemade sauce and served with mashed country potatoes and organic broccolini. 3301 NE First Ave., Miami, oldayscoffee.com

Inspired by chef David Lee’s travels through the East, PLANTA Queen’s menu of nigiri, maki, sushi and everything else is 100% vegan— all served in a 7,000-square-foot interior inspired by traditional Chinese courtyards. Among the highlights on Lee’s menu is the Queen roll made with spicy hearts of palm, avocado, cucumber and tempura. CocoWalk, 3015 Grand Ave., Coconut Grove, 786.600.2835, plantarestaurants.com