5 Places To Catch The Super Bowl

Two teams, one game and five places to catch all of next weekend's Super Bowl action. 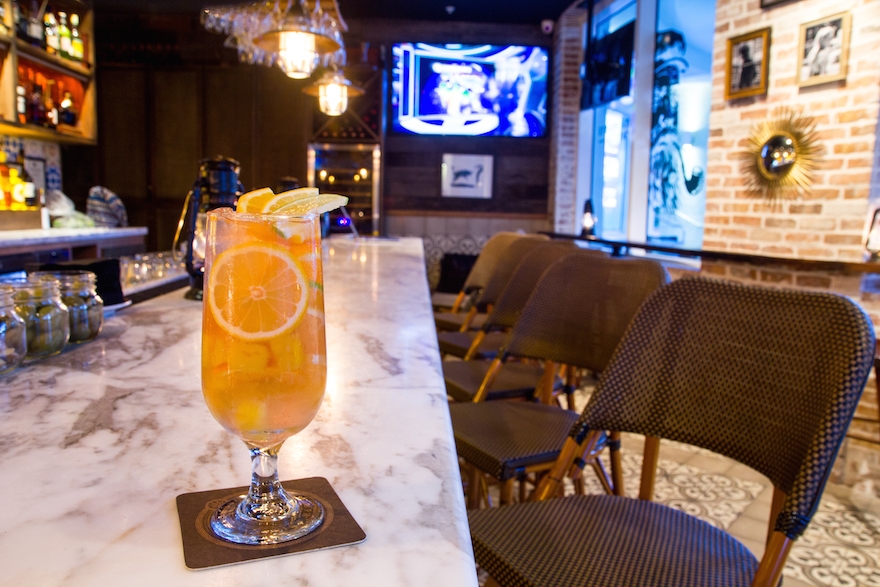 South Pointe Tavern is the perfect place to cheer on your favorite team during this year's Super Bowl.

Halftime Hangout
E11EVEN Miami is known for throwing over-the-top parties and its Super Bowl fete is sticking to that tradition. Along with an open bar and a full barbecue tailgate, the game will be broadcasted on the club’s 32-foot LED screen, which is equipped with surround sound, guaranteeing you wont miss any of the action. $30-$60, 29 NE 11th St., Miami, 305.829.2911

Water & Touchdowns
American Social Brickell is pulling out all the stops to ensure fans have the best seat in the house for the big game. The sports bar is installing a 46-foot LED floating TV on the Miami River for patrons to watch the game alfresco. Drink specials will include $20 buckets of Heineken, Heineken Light, Dos Equis and Dos Equis Amber, and $5 shots of Jack Fire. 690 SW First Court, Miami, 305.223.7004

End Zone
South of Fifth’s newest gem, South Pointe Tavern is the perfect setting to watch the game from kickoff to overtime. Some of the offerings of the night will include 50 percent off Budweiser and Yuengling beer, fun finger foods like pigs in a blanket for $1 each and a sangria ($6) specially concocted for the occasion! 40 S. Pointe Drive, Miami Beach, 305.763.8368

All-Star Status
Come one, come all to STK for an MVP experience like no other. Gather your friends and enjoy the game inside the restaurant’s Blaze Starr private suite, which comes equipped with a private large-screen TV and pool table, two three-liter bottles of Dom Pérignon, and platters of seafood, sliders and many other bites. $10,000, 2305 Collins Ave., Miami Beach, 305.604.6988

Wings & Things
Before the blitz, snag a seat at Tap 42 to enjoy the game on the venue’s large TV screens with bottomless wings and Funky Buddha beer ($20 per person)! Or go for the Super Bowl burger ($5) and wash it down with any of the ales and lagers available (there’s plenty to choose from). 301 Giralda Ave., Coral Gables, 786.391.1566