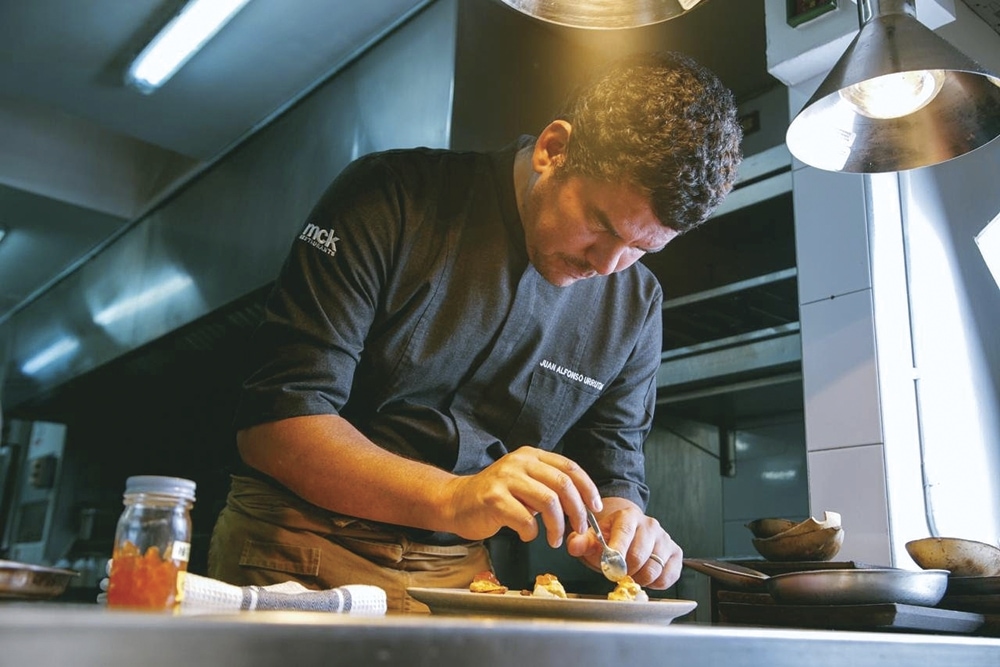 Clay Conley Project
Conley (buccanpalmbeach.com) first wowed us in 2005 at the Mandarin Oriental and has soared in Palm Beach, but we can’t wait until his return to Brickell this fall with an open-fire, small-plate concept (yet to be named as of press time).

Osaka
Debuting in August, Osaka’s (osakanikkei.com) South American counterparts are often heralded as some of the best Nikkei venues in the world. Its Miami location will be all about Japanese techniques and Peruvian ﬂavors.

Riverside
Marcelo Goulart, co-owner of this new 120,000-square-foot waterfront community space, labels Riverside (riverside.miami) an “oasis in the concrete jungle that is Brickell,” and we couldn’t agree more. We are looking forward to experiencing the massive complex and its various restaurants, tap room and beer garden.

Ovation by William Levy
Only a VIP knows how to treat other VIPs, so Levy, a model, actor and soon restaurateur, has decided to make Ovation (ovationwl.‌com) in the Design District not just a fine dining establishment offering modern twists on classic dishes, but he’s also going to crown it with a members-only lounge.