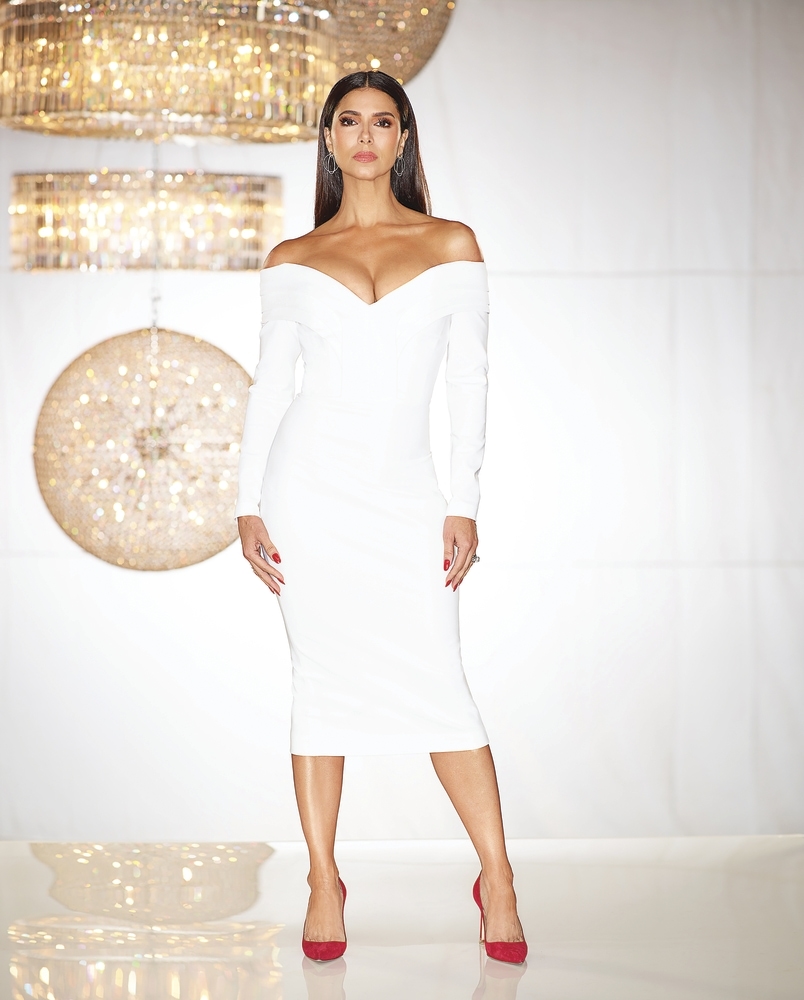 Roselyn Sánchez is one of the stars of ABC’s Grand Hotel, one of this summer’s buzziest new series.

The fetching Roselyn Sánchez has proven she can play diva with the best of them in both movies and television. Now, the Puerto Rican actress is flexing those glamorous muscles again as one of the leads in Grand Hotel, a soapy new drama on ABC about a tony Miami Beach property and the family that runs it. “I absolutely love playing this character,” says Sánchez, who stars alongside Oscar nominee Demián Bichir in the Eva Longoria-produced drama. “Gigi Mendoza is all glamour and glitz, but what really fascinated me about her is how complex she is as a human being. You never get to really know exactly what her motivation is. She’s confusing and delicious, a blast.” The role brought Sánchez back to Miami (a city she’s well familiar with) to shoot on location from the Fontainebleau to Coral Gables, and it also allowed her to act with her friend Longoria, who has a recurring part in the series. “I love working with Eva,” says Sánchez. “She’s a pleasure to be around.” As for what viewers can expect from the show once it hits screens on June 17? “Great storytelling, a complex family dynamic, romance, sex, mystery, shocking moments and beautiful people,” says Sanchez. “It’s the ultimate summer guilty pleasure.”