Gallery and contemporary art space Metroquadro Miami is turning its lens towards the political climate of today with three exhibitions centered around artists who use their voices for change.

Monique Rollins, known as “The Politician’s Artist,” presented her solo exhibition,
Beyond—focusing on her work over the last two years—at the gallery during Miami Art
Week. The exclusive exhibit showcased multiple series and mediums of the artist’s
abstract creations such as her representative collage works, oil paintings and charcoal
drawings. The acclaimed artist’s work has been exhibited internationally for over a
decade. An internationally acclaimed artist, Rollins’ work is collected by The Bidens
and displayed in their home. Additionally, her works are seen in the homes of U.S.
senators and ambassadors from around the world. Her pieces can be viewed in the
County Offices of the City of Wilmington, and many public sites throughout her
hometown of Wilmington, Delaware. Her paintings are also on display in the Official
Residence of the Ambassador to the European Union in Kingston, Jamaica as well as in
many prominent private collections in North America, Asia, Europe and the Caribbean. 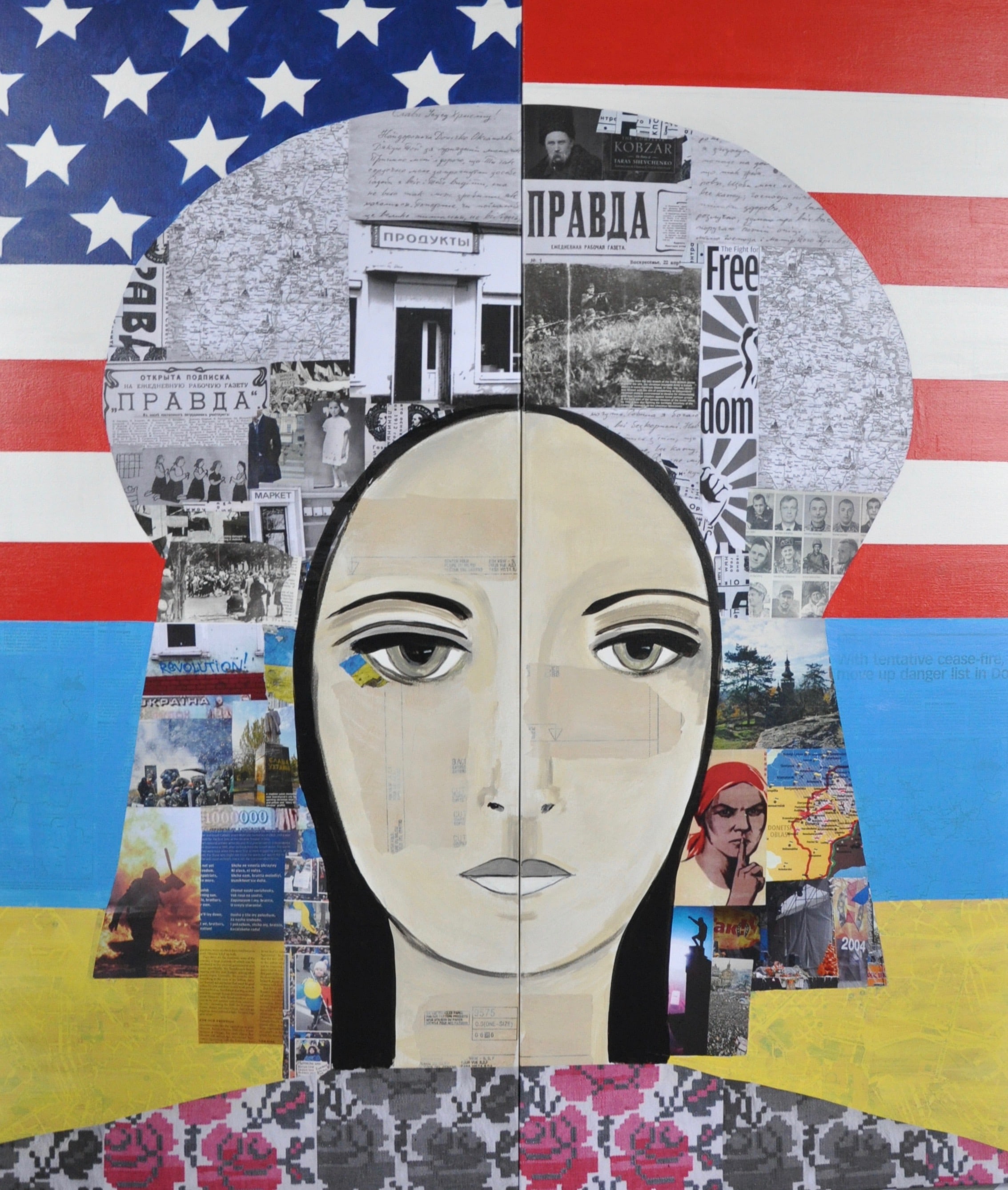 Ola Rondiak’s paintings stem from her family’s experiences living in Ukraine during
WWII, Stalin’s Iron Curtain, the Orange Revolution in 2004 and the Revolution of Dignity
in 2014. If words over time serve as the pages to Ukraine’s evolving story, then Ola
Rondiak is its scribe, fashioning collages and multilayered sculptures into objects of
meaning.

New York-based artist David Datuna may be best known for eating a $120,000 banana
at Art Basel, but his work is lined with social commentary and resistance.
David Datuna is a New York-based artist focused on the convergence of art and social
consciousness. He is most widely known for his Viewpoint of Millions series that
explores the sources and meaning of cultural identity from each unique point of view.

The prismatic surface both hides and reveals the work below, while the lenses
symbolize individual identity, illusion, perception, fragmentation and unification.
Portraits, flags, and icons are recurring themes within the Viewpoint of Millions series.
Datuna’s artwork is a political, cultural and commercial commentary on our current
collective consciousness.

Currently, Datuna’s American flag representing past and present historical American
events and figures and a LGBTQ pride flag representing past and present historical
LGBTQ figures are on display at Metroquadro Miami and will have a solo exhibition in
the gallery from April 9th-June 5th with new works. Datuna is fighting stage 4
lung cancer and the proceeds from his works will benefit the Tisch Cancer Institute at
Mount Sinai.