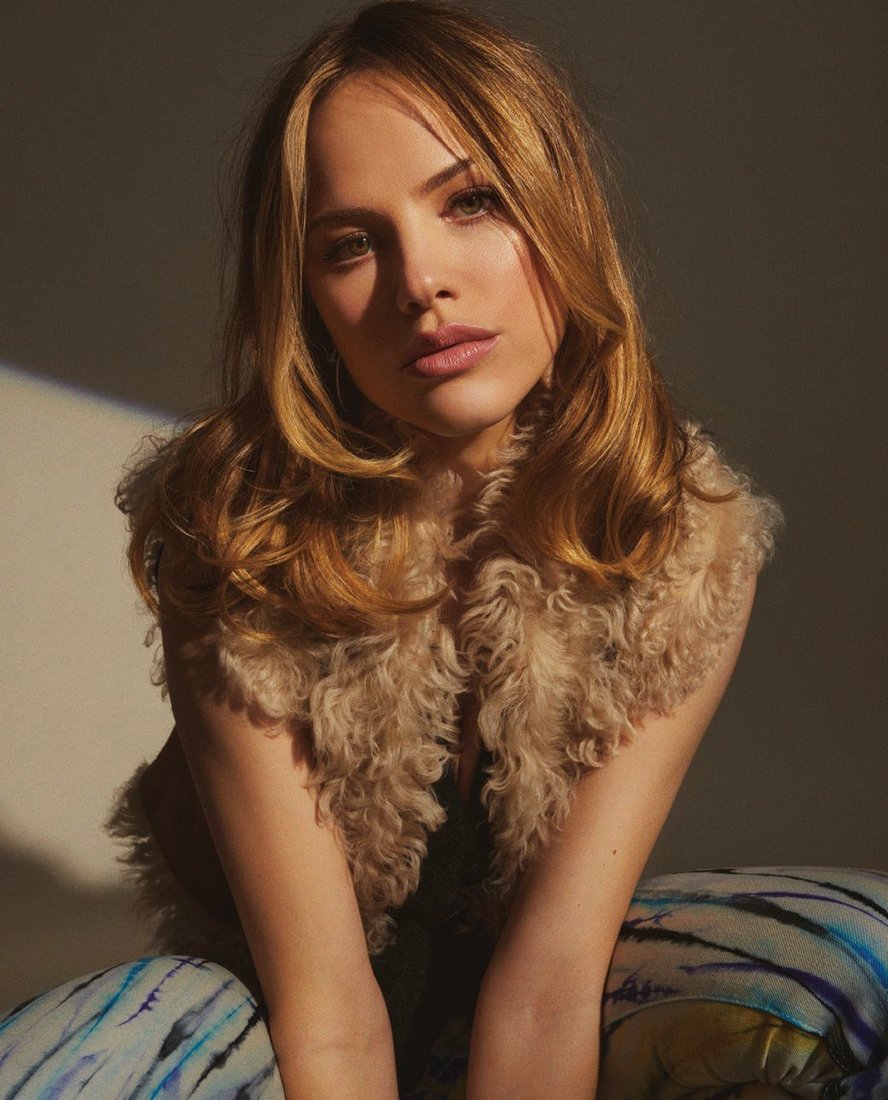 Actress Halston Sage stays down to earth while keeping her sights set high on Hollywood.

Fame has come in many flavors for 27-year-old Halston Sage. After jump-starting her career in Nickelodeon series How to Rock a decade ago, the actress has steadily streamed higher and higher within a mix of mediums: television, film and even video games.

This year sees Sage return for Season 2 as Ainsley Whitly in Fox crime thriller Prodigal Son, a role that reflects some aspects—but not all—of the L.A. native’s life. “I fell in love with Ainsley because she is funny! Her bright personality contrasts with the other characters on the show,” says Sage of her character, a hardworking journalist and daughter of a notorious serial killer. “Before I was acting, I was the editor of my high school’s newspaper and was exploring a career in journalism. Ainsley is a reporter, so now I feel like I’m living a dream within a dream.”

And while Sage’s Hollywood trajectory may feel like a dream to many aspiring actors—recent movies include Late Night, X-Men: Dark Phoenix and Netflix’s The Last Summer, in which she starred alongside KJ Apa—the dog-loving actress takes little for granted. “I feel very lucky to be on a show with actors who are always surprising me in ways that motivate me both on and off screen. Michael [Sheen] and Tom [Payne] each have this incredible ability to perform such dark, dramatic scenes and then walk off set with a smile.”

Sage says a return to filming during the pandemic has only increased her feelings of gratitude. “Being on set has restored a sense of normalcy to my life that I appreciate now more than ever,” she explains. “I’m so grateful to have spent most of last year filming Season 1 with our cast and crew because it made coming back for our second season in a pandemic a lot easier.”

Lockdown brought little downtime for Sage, who has been hard at work expanding her skills, passions and studies. “I’ve been working on a video game called The Quarry, which has been an amazing experience—it’s all motion capture so I’ve been able to discover a whole new way to film that has been very cool. I’m also a student at NYU, and I’ve been taking online classes while starting to work on a few TV show and film ideas that I’m hoping to pitch and produce.”