Influential collectors... fearless gallerists... forward thinkers... Miami's art community is as dynamic—and diverse—as ever, and Basel is our time to show that to the rest of the world. Meet some of the players who make it all happen! 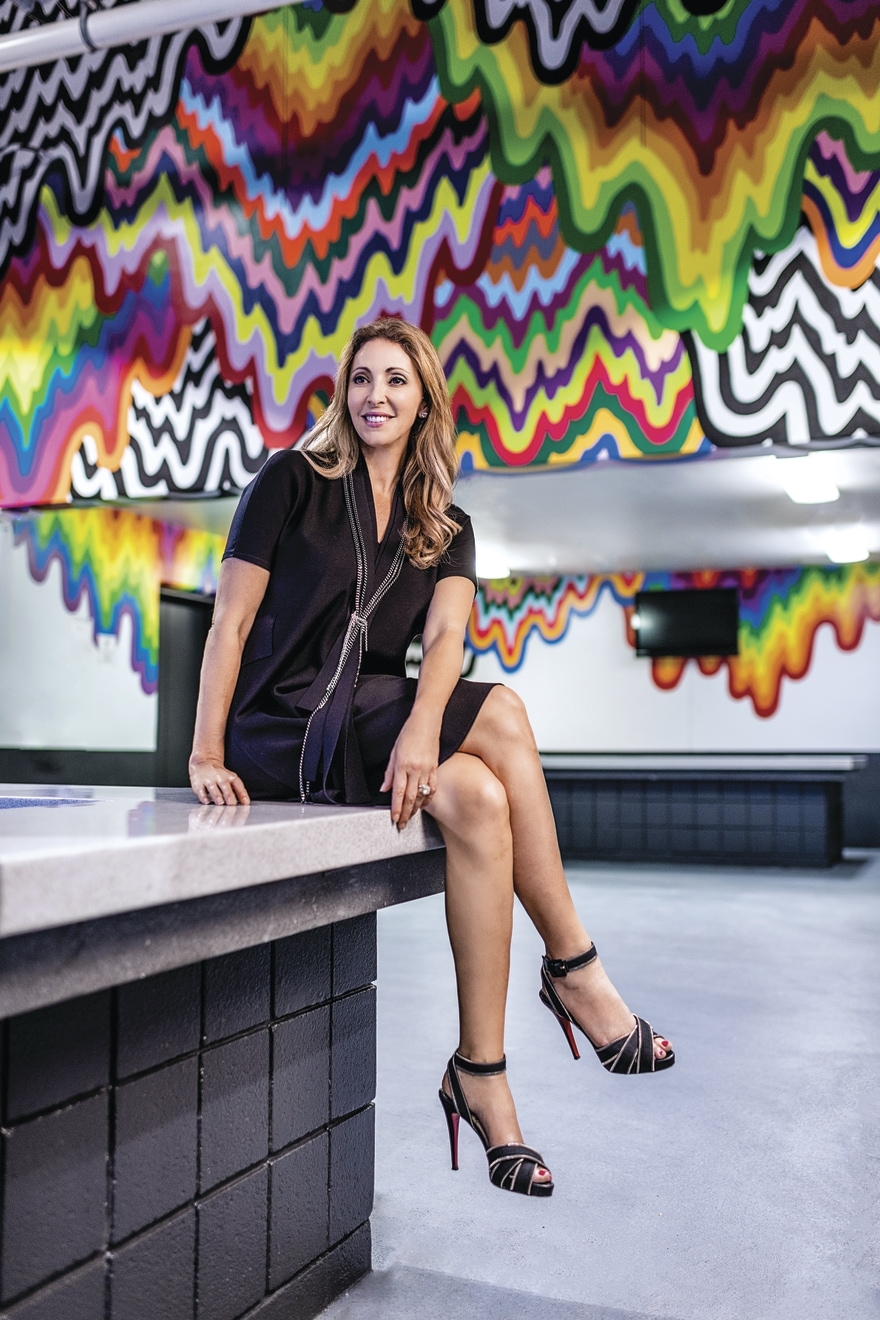 THE CONNECTOR
As Jessica Goldman Srebnick continues the legacy left by her late father, Tony Goldman, the developer who pioneered the vitalization of Wynwood and dreamt up the now iconic Wynwood Walls mural park, she recalls her family’s inceptive conviction: “We wanted to make the world a better place, make an impact and change the mindset.” To that end, the CEO of Goldman Properties recently launched Goldman Global Arts, a creative think tank that partners large organizations with exciting art interactions. Not surprisingly, her first client was as high-profile as they get: Miami Dolphins owner Stephen Ross, whom, it just so happened, had a venue in dire need of some artistic energy. Goldman Srebnick partnered with American artist Peter Tunney and, by the end of November, GGA introduced its second round of 19 massive murals and sculptures by creatives from around the world and, in the process, turned Hard Rock Stadium into a resplendent monument. “It’s timeless and ageless,” she says of the outcome. “You don’t need to know a certain language to enjoy it.” While said undertaking was underway, Goldman Srebnick was also busy at work on Wynwood Walls’ always eagerly awaited Basel programming: This year, the park will unveil 12 new murals (Nov. 29), host an artist talk (Dec. 1) and set up a temporary gallery on-site with artworks for sale. “We have to be courageous and adventurous because that’s when magic happens,” says Goldman Srebnick. “We have to inspire people to see things in a positive light and think big.” 2520 NW Second Ave., Miami, 305.531.4411, thewynwoodwalls.com

THE INFLUENCERS
When talk of Art Basel Miami Beach began many years ago, Dennis and Debra Scholl collaborated with fellow power collectors in an effort to put differences aside and work together. “This is the chance of a lifetime for our community,” Dennis recalls stating. Later, the Scholls were responsible for starting a board of directors for Locust Projects, an often-lauded artist-run exhibition space where Debra serves as chair. For his part, Dennis worked seven years for the Knight Foundation, founding its national arts program and serving as vice president of arts. And, for more than a decade, the two have opened their home during Basel to give invited guests a peek at their spectacular collection, which includes everything from works by emerging young artists to (as of late) contemporary Aboriginal Australian art, including memorial poles. Through the years, the Scholls, who met while attending the University of Miami School of Law in 1978, have also formed close relationships with dozens of artists, oftentimes providing them with their first commissions. To say they are two of the city’s most influential arts patrons is a fact that hasn’t gone unnoticed. Did we forget to mention they also give back? As in the 300 works the couple donated to the Pérez Art Museum Miami last year. “The art does become [like] our children, and I’m very sad to see [pieces] go,” says Debra. “But,” adds Dennis quickly, “when you walk into the museum and see thousands of people enjoying them, it’s very rewarding.”