Catch of the Day

The charming and rustic Stiltsville Fish Bar makes the most of our seafood bounty as it nods to old Florida fishing culture. 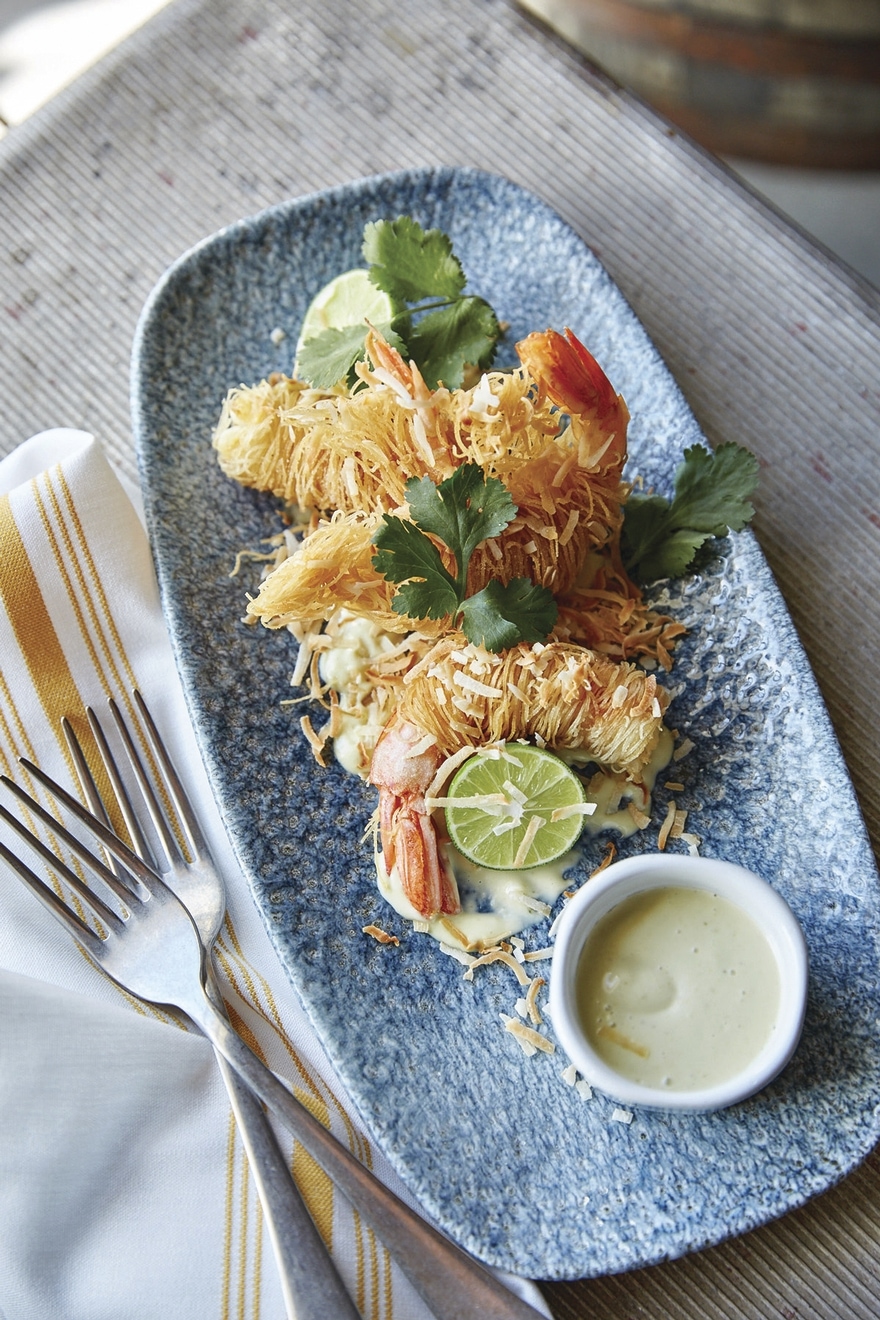 "NOTHING ATTRACTS A crowd like a crowd.” Test the merits of this old Soul Asylum lyric for yourself at Stiltsville Fish Bar, the Grove Bay Hospitality concept that features renowned partner-chefs Jeff McInnis and Janine Booth. The kitchen’s sources, which include local, long-line fishermen, sometimes drop off their catches at the back door after they dock at night. That’s when an enterprising sous chef hooks a thumb through the gills of a particularly large specimen—say, a 20-pound amberjack—strides as casually through the dining room with it as if it were a plate of the restaurant’s irresistible green deviled eggs crowned with a crisp curl of ham, and hangs it from the scale at the front of the eatery.

Thus ensues fish-poseur madness, which halts those strolling by on a path from the parking lot to Purdy Lounge in their Prada sneakers. One second diners on the Stiltsville patio are peaceably noshing on signature Buffalo fish wings—a basket of surprisingly meaty pectoral fins glazed with an addictive, lip-stinging chile-lime sauce—the next, they’re in an ever-increasing flash mob of iPhone photographers. After the rubbernecking eases, the fish is slipped into one of two ice-filled, old-fashioned claw-footed bathtubs in front of the bar.

Whether intentional or not, this gonzo-style street marketing is pretty savvy. Stiltsville, which debuted in Sunset Harbour shortly after Hurricane Irma made landfall, is the only full-service restaurant on this bay-facing slice of its block. Its relative isolation from other, more populated segments of this neighborhood is a reminder of what its name represents: the collection of hand-built, painted wooden houses, of which only seven now remain in a nonprofit trust, perched on the sandy flats of northern Biscayne National Park.

These are the kinds of neatly balanced cocktails you wish to imbibe precisely when the sun drops its yolk into the bay, and contrast with a tray of thyme-flecked and butter-toasted saltines, spread with cherrywood-smoked fish dip, the inherent fattiness of which is arrested by the tang of pickles.