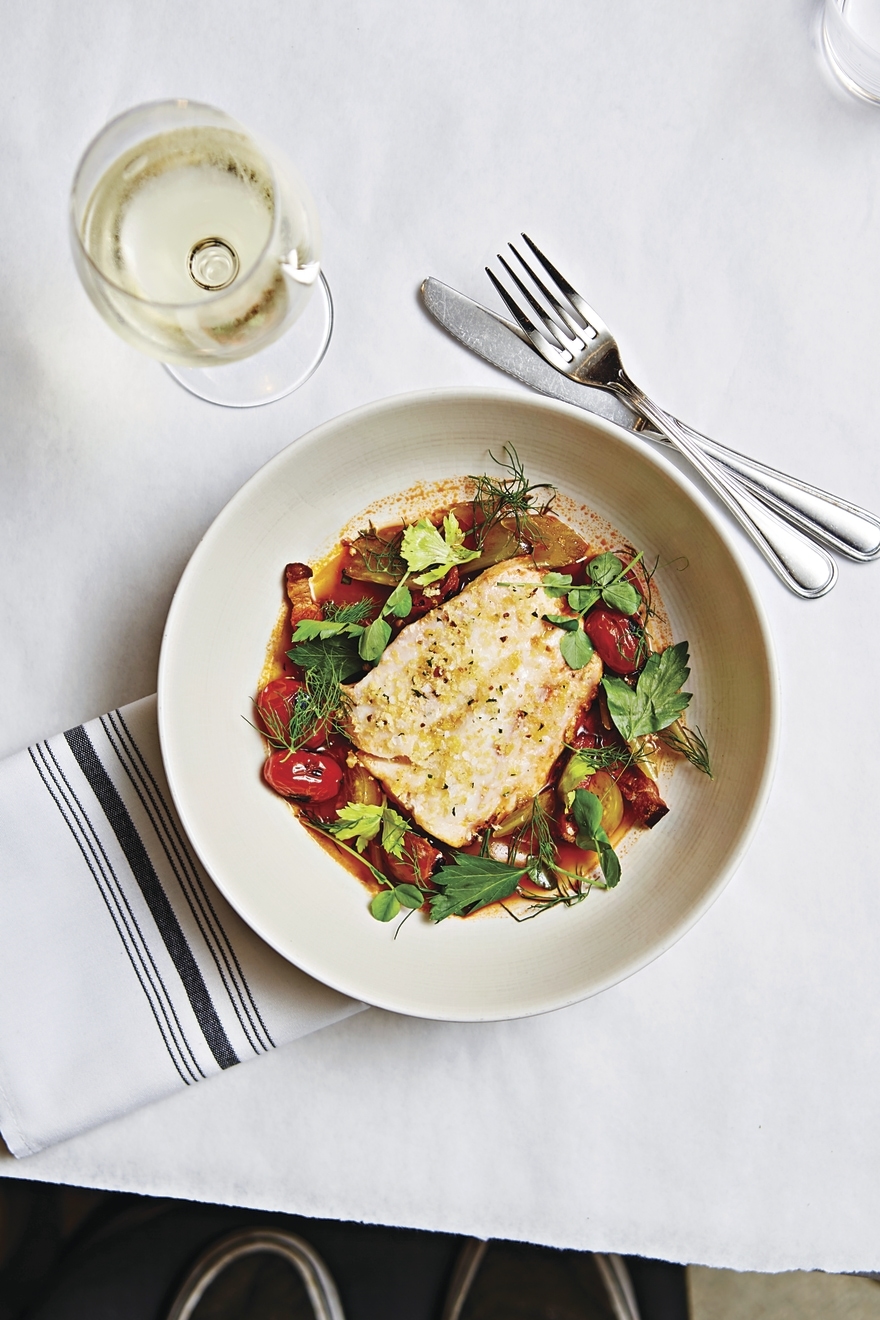 If you’ve been wondering why restaurants have become so resoundingly loud in the last five years, with urban materials like cement and metal replacing sound-absorbing textiles so that a table of four seems like one of 14, well, blame science.

Turns out that not only do guests subconsciously think that thunderous means successful, but such theatrical dynamics can induce hunger. Ever since George Prochnik, the author of In Pursuit of Silence, cited researchers who proved that acoustic stimulation does have an effect on the brain, as well as scientists who discovered that diners increased their chewing from 3.83 bites per minute to 4.4 when the music spun faster, restaurateurs have been taking advantage of us.

Are these theories actually true, though? I put them to the test at PB Station, where I’d gone for the first time after having such a busy day that I hadn’t eaten anything until the moment they served us the complimentary cornbread that we couldn’t seem to get enough of. At that time, I noticed that the restaurant, located in The Langford Hotel, a historic 1925 beaux-arts building downtown that used to be Miami National Bank, is designed to have both the look and vibe of an old-timey train station and can get as strident as, well, a train station (minus the trains). With double-story ceilings extending into the glassed-off hotel lobby, the design allows voices to boomerang, and teeth and silverware to clatter on the charming midcentury cocktail glasses and dinnerware.

So when I returned, I made sure I wasn’t the least bit peckish. Sure enough, I ordered far more than I had planned on, including side dishes of baked potatoes loaded with pork belly and topped with cheddar cheese, and Vidalia onions prepared three different ways (with balsamic-soy jus, crispy shallots and barbecue-onion dip). I also ate faster than I do on average. Then again, that may have had a lot more to do with how good the fare is here than how turned up the volume usually is.

PB Station is the latest from the Pubbelly Boys, who own and operate this establishment. But while PB chef José Mendín, nominated for the James Beard Award five times, designed the menu, it’s implemented by the property’s executive chef, Guillermo Concha, a veteran of the group since it was founded in 2010. He does a terrific job putting out unique plates, starting with the seafood charcuterie category. These include thinly sliced mortadella comprising rock shrimp, which makes it a less fatty and slippery kind of sausage than when it’s made with pork. Black-bean grain mustard gives this starter some additional flavor.

Consistency of skill is something you can count on here, but repetition is a different story. Offerings are always in flux according to availability, season and flat-out whim, which is a Pubbelly trait. One night, we devoured a masterful nori-flecked pappardelle intertwined with braised Swiss chard, smoked brisket and shiitake jus. On another night, that had disappeared, replaced by a ricotta cavatelli with octopus Bolognese with saffron, preserved lemon and baby zucchini—they truly do fascinating things with octopus here—and a saffron linguini with rock shrimp and crab. The linguini, which had a touch of crunch thanks to the addition of lemony breadcrumbs, was spiked with ’Nduja, a distinctive Calabrian pork-and-pepper spread, and kept the pasta just as pungent and interesting as the nori pappardelle. It just wasn’t what we had planned on encountering. That is a good lesson to keep in mind: If you haven’t dined at any of the Pubbelly concepts (the original Pubbelly, Pubbelly Sushi, Barceloneta, Macchialina, PB Steak, Taco Belly and L’echon Brasserie—a couple of which have been sold or no longer exist), you should know it doesn’t pay to be lovesick for anything here. Plan instead on being a player.

That said, a couple of appetizers—the barbecue dates and the French onion soup dumplings—have proven to be signature, and the servers rightly recommend them without fail. These two dishes are addictive, but they should come with a warning as to how filling they can be. It’s best to share both before digging into main courses because you’ll also want to sample several of the pork-heavy side dishes, which include macaroni and cheese covered with Mornay sauce and ham streusel.

As for those entrees, a couple can be shared, particularly the Cox Family Farms Alabama dry-aged cowboy steak, which is sold by the ounce and changes daily, and the fish of the day, which, if you’re lucky, will be a meaty hog snapper. Another good choice for two is the sweet-salty temptation of the aptly named bacon chop, a large, tender and juicy bacon-laden pork chop that’s barely tempered with a bourbon-maple jus and accompanied by sides of pickled potato salad and candied red cabbage.

For less ambitious diners, the grilled baby chicken, with an accompaniment of vegetables that changes often, is not quite as eye-widening. A hamburger with bacon confit, Gruyere and smoked bordelaise has a bit of spice to it, but the size is certainly more manageable than some of the other main plates.

Courtesy of Pubbelly partner Sergio Navarro and Pastry Chef Maria Orantes, desserts are fruitcentric and inventive without being off-putting. We found the partially deconstructed strawberry cheesecake with panna cotta, and the Fudge My Life, with chocolate crumble, peanuts and caramelized banana, to be especially irresistible. At press time, all sweets were being served with maple-infused soft serve ice cream, which, during my last visit, was creamy dulce de leche. Like the rest of the menu, that’s subject to change. But hey, that’s what we expect from the Pubbelly Boys: We want them to break our hearts... as often as they possibly can.