A superior omakase experience awaits diners at Azabu's The Den. 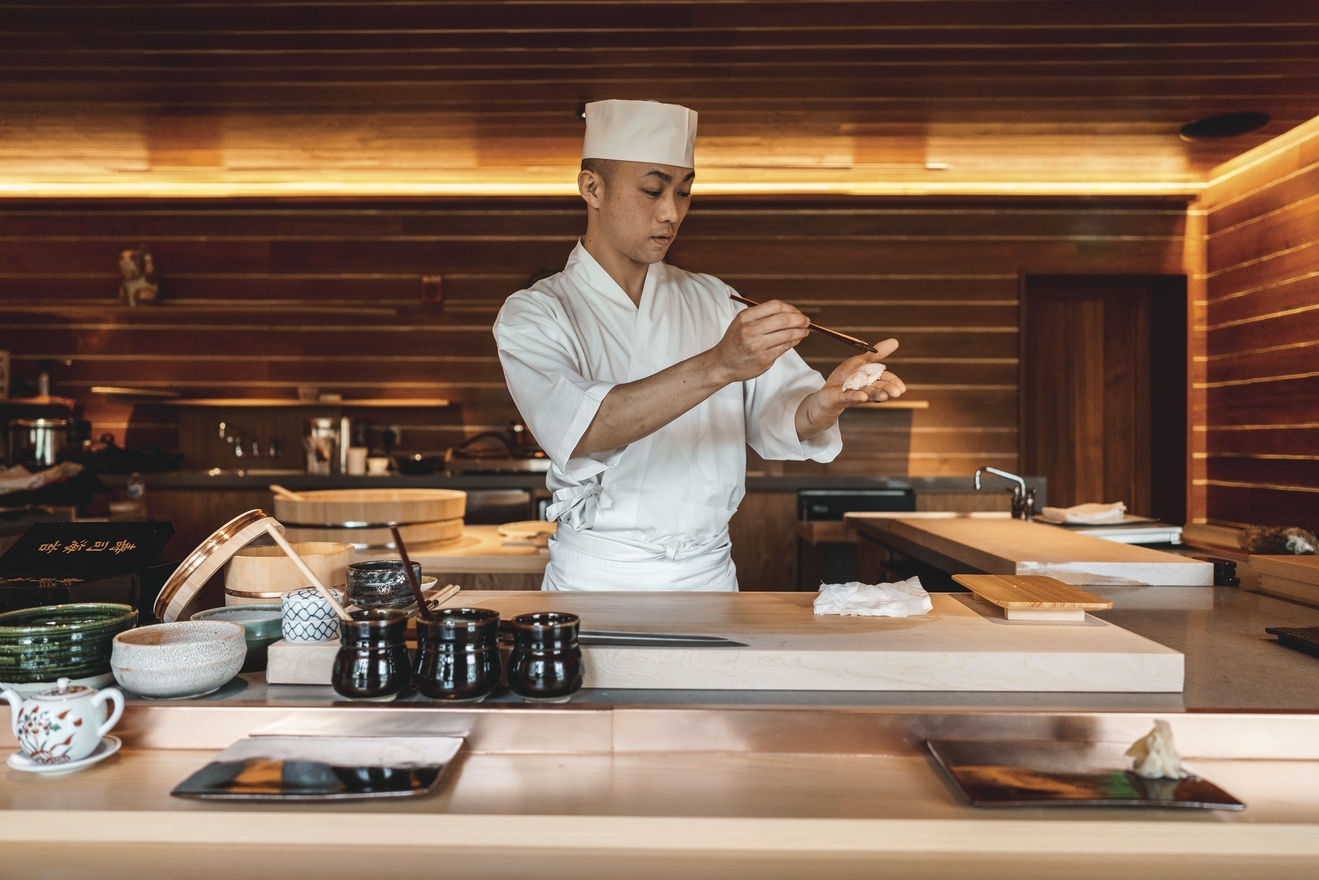 Omakase is not a word that’s bandied about the Miami dining scene often. Meaning “I will leave it to you,” omakase is a prix fixe meal comprising mostly sushi courses as well as some cooked fare and palate cleansers. It’s best experienced at a tiny sushi den, which typically has very few seats, where diners can watch the chef work, or at a highly reputable sushiya that has a dedicated room for such a stylized meal. The responsibilities of enjoying it, then, fall equally on the chef and the diner. On the former’s part, it requires talent and imagination, years of training and access to superbly fresh seasonal as well as imported ingredients. On the latter’s? Few, if any, dietary restrictions, a basic understanding of Japanese culinary traditions, or at least a willingness to learn, and an adventurous palate that won’t refuse a finely tuned morsel.

One of the latest places to offer this experience is The Den at Azabu, the Michelin-starred sibling of the New York-based restaurant that opened at the Marriott Stanton South Beach earlier this year. A secret room separated from the main area with 11 seats, The Den is accessed by ducking into Azabu’s kitchen, then through a curtain into a completely wood-lined room reminiscent of a sauna. Guests take their places at the counter, which was carved from a Hinoki cypress tree, and order one of two experiences: the $120 or the $150 multicourse meal, with a sake pairing option for an additional $60.

Whichever option you choose, you’re in the hands of a Tokyo-trained sushi chef, who is overseen by chef Masatsugu Kubo. And we mean that literally: Piece by piece, everything is crafted in the palm of a chef who has apprenticed for years and often is the product of generations of sushi chefs to reach this level. His balletic fingers turn and toss perfectly seasoned rice into the ideal mold; they grip small brushes and blowtorches alike to paint sauces like nikiri, or sweetened soy sauce, and cook the outer layer of items such as sweet shrimp. They grasp knives and slice fish with the dramatic flair of flamenco dancers. It is not so
much dinner as it is a culinary performance, and you are both audience and beneficiary.

At The Den, omakase begins with a grating of fresh wasabi (the actual root, not the reconstitution of the dried powder). It continues with a single serving of introductory maki—usually something mild and white, perhaps snapper, sculpted over just the right amount of room-temperature rice—that is meant to be briefly dipped in your personal ratio of wasabi to shoyu. Eat it all in one bite; if you can’t, the chef will adjust the portion. The intensity of fish oiliness and flavor will then increase over the course of the meal.