Chris Paciello and Mio Danilovic have proven they can do nightlife hospitality like few others in this town, thanks to venues such as Rockwell to their credit. But their latest, Joia Beach (1111 Parrot Jungle Trail, Miami), is somewhat of a departure for the duo and their most ambitious project to date. The European-inspired restaurant and beach club is a day-to-night playground adjacent to Jungle Island into which guests enter via a pathway surrounded by lush greenery that eventually reveals the pristine waters of Biscayne Bay. Once there, everything from lazy Sundays with handcrafted cocktails to board games by the water and full-moon yoga classes are fair game. 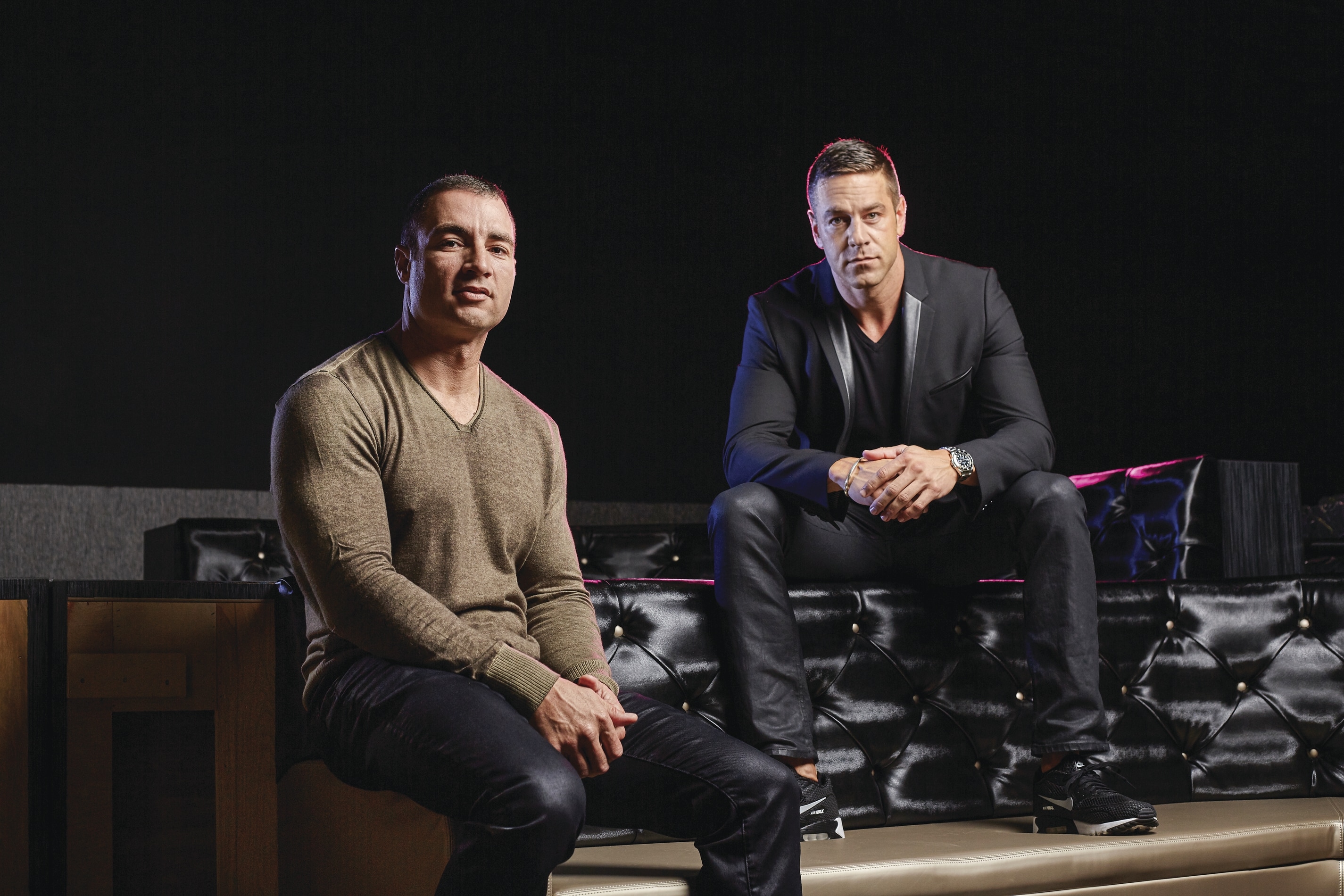 How did the idea for Joia Beach come about? MD: For the longest time, Chris and I have been saying that Miami was missing a beach restaurant like this, a hidden paradise that transports you to another world. We see beach restaurants all over Europe and places like Tulum that make use of the natural resources around them, but no one has done it in Miami, so when we came across this spot on Watson Island, it was a no-brainer.

Chris, those who have been here long enough will recall your original Joia restaurant in Miami Beach. Any similarities here? CP: The original Joia truly was the place to be in the golden era of Miami. All the celebrities of the time would flock to it and even though it wasn’t a nightclub, it had that magical energy. Joia Beach is a very different setting, but it will re-create that energy.

Why repeat the same name? CP: Well, Joia is a play on the word for happiness in Italian, and it’s a word we liked and what it represents. It also means jewel in other languages, and that’s what this place is, so it just fit.

You once again worked with Francois Frossard, who’s designed a number of your other venues. What can we expect in that regard? MD: Francois is a friend, and he executed our vision by bringing in unique furniture pieces from Greece and Indonesia. We used a lot of raw and natural materials like wood, rattan, palm and wicker. The aesthetic is rustic chic. Think of it as Tulum meets Miami.

What can you tell us about the menu from chef Erhan Ozkaya? MD: Erhan is truly a master of his craft. He joined us after amazing career experiences at Mandolin and The Bazaar at SLS, so the menu will have a heavy seafood slant, but it will also offer wood-fired oven pizzas, skirt steak and chicken, as well as appetizers like fire-roasted eggplant and fresh ceviches.

What else can we expect from you two in 2020? CP: We’ll be hosting a number of events at Joia Beach due to all the hype over Super Bowl LIV this month. MD: And as far as other projects, we have some things in the pipeline, but we can’t talk about them just yet. 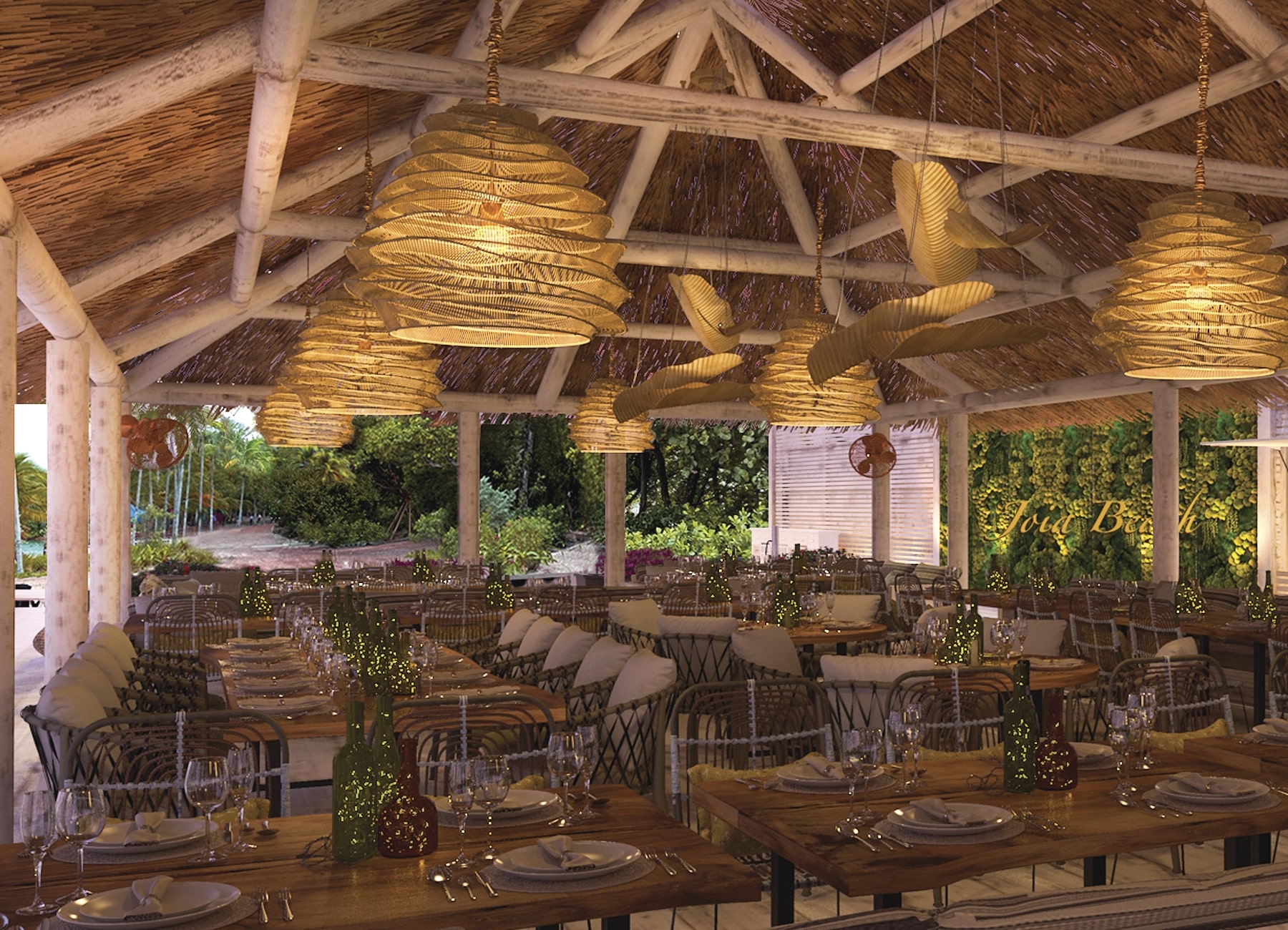 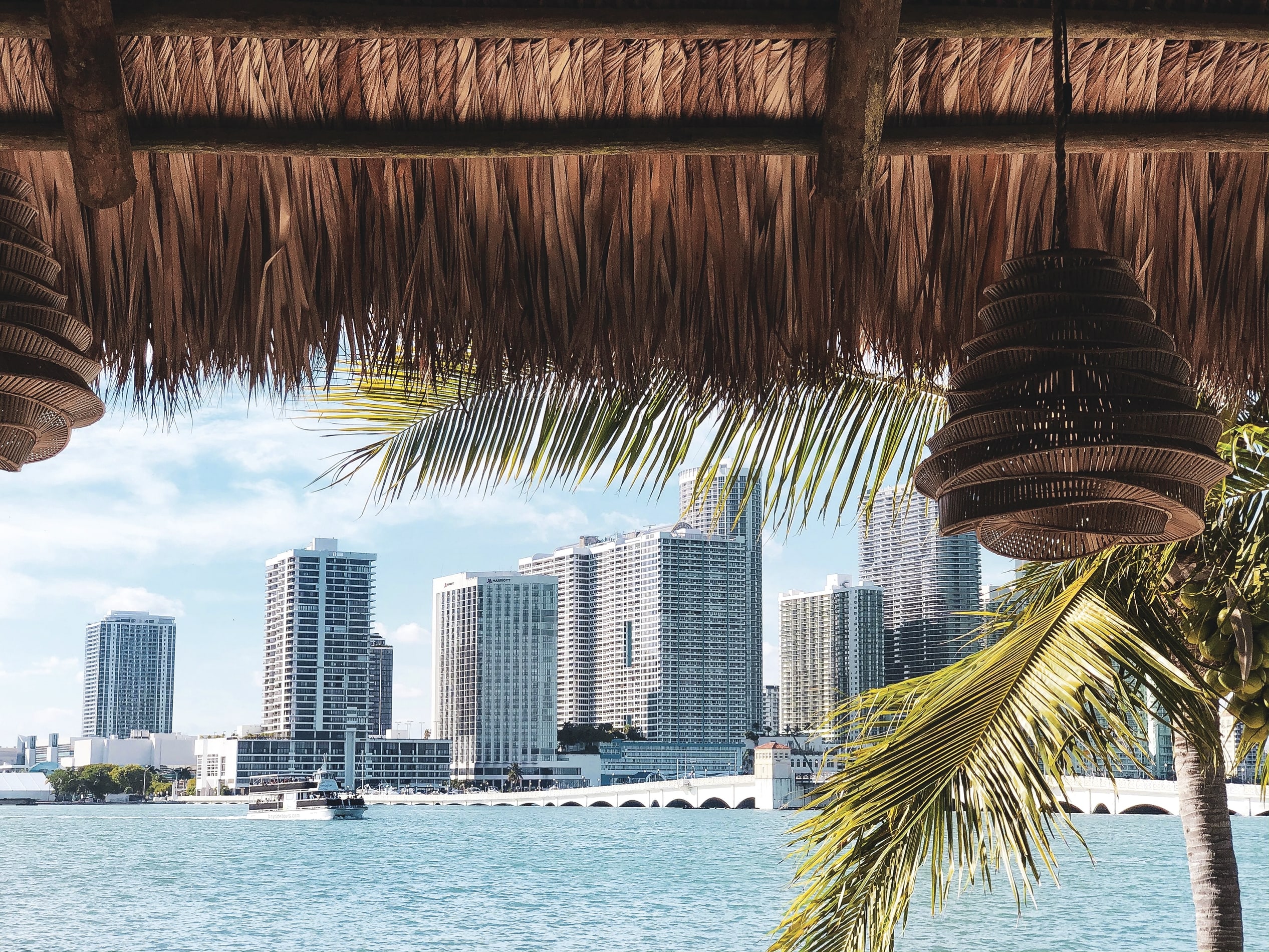 The restaurant and beach club oversees Biscayne Bay and the Miami skyline.

Siren Call With its nautical ropes and Mermaid Lounge secret garden (an alfresco dining area that seats 36), the point at Seawell Fish N’ Oyster is made clear upon setting foot in the place. This is not where you come for a burger, but rather a charming spot for those who crave shrimp cocktail and other crustacean classics on a regular basis. Chef Julian Garriage heads up the kitchen, and his shellfish pot, with lobster, shrimp, clams and mussels, is what seafood extravagance is all about. For further proof, order the pan-seared snapper with andouille sausage and seafood nage over a bed of California rice. 660 Washington Ave., Miami Beach, 786.594.5820 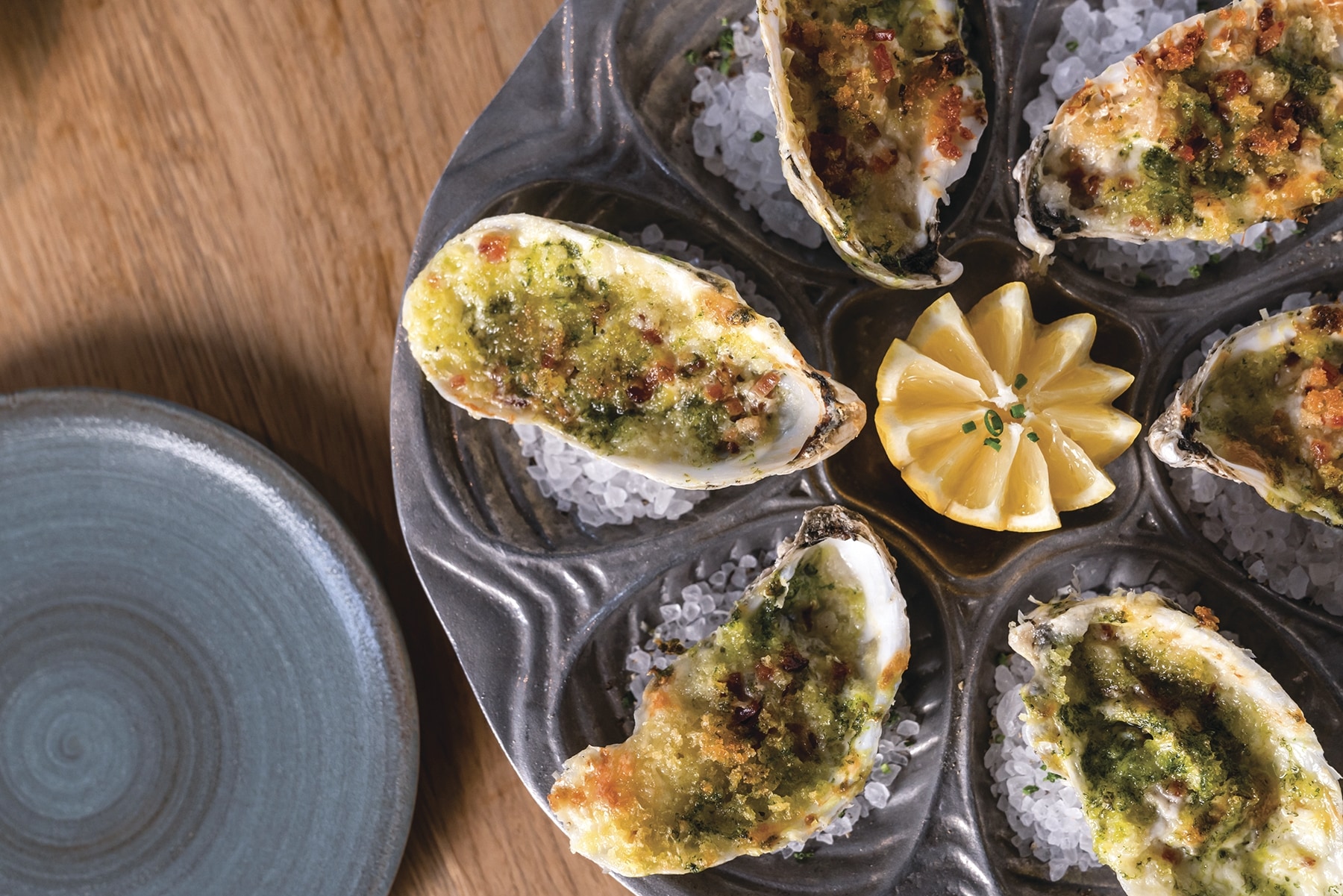 Worth the Drive Miami foodies tend to follow chef José Mendín’s efforts all over the city, but his latest will require them to cross the county line. The first Broward outpost of the James Beard Award-nominated chef and restaurateur, Rivertail is a laid-back hangout for crab doughnuts with celeriac, brioche, spicy honey and sea salt; Maine mussel croquettes served on the shell; chile crab with wok-tossed Jonah crab claws, red curry and herbs; and a killer moqueca, Mendín’s take on the Brazilian stew made with cod fish, shrimp, mussels, clams, calamari, cashews, coconut milk, citrus and cilantro. For large appetites, the crab boil mixes in 1 pound of snow crab legs and another pound of king crab legs with Louisiana barbecue butter, marble potatoes, sweet corn, peppers and pickles. 350 S. Andrews Ave., Fort Lauderdale, 954.306.2665 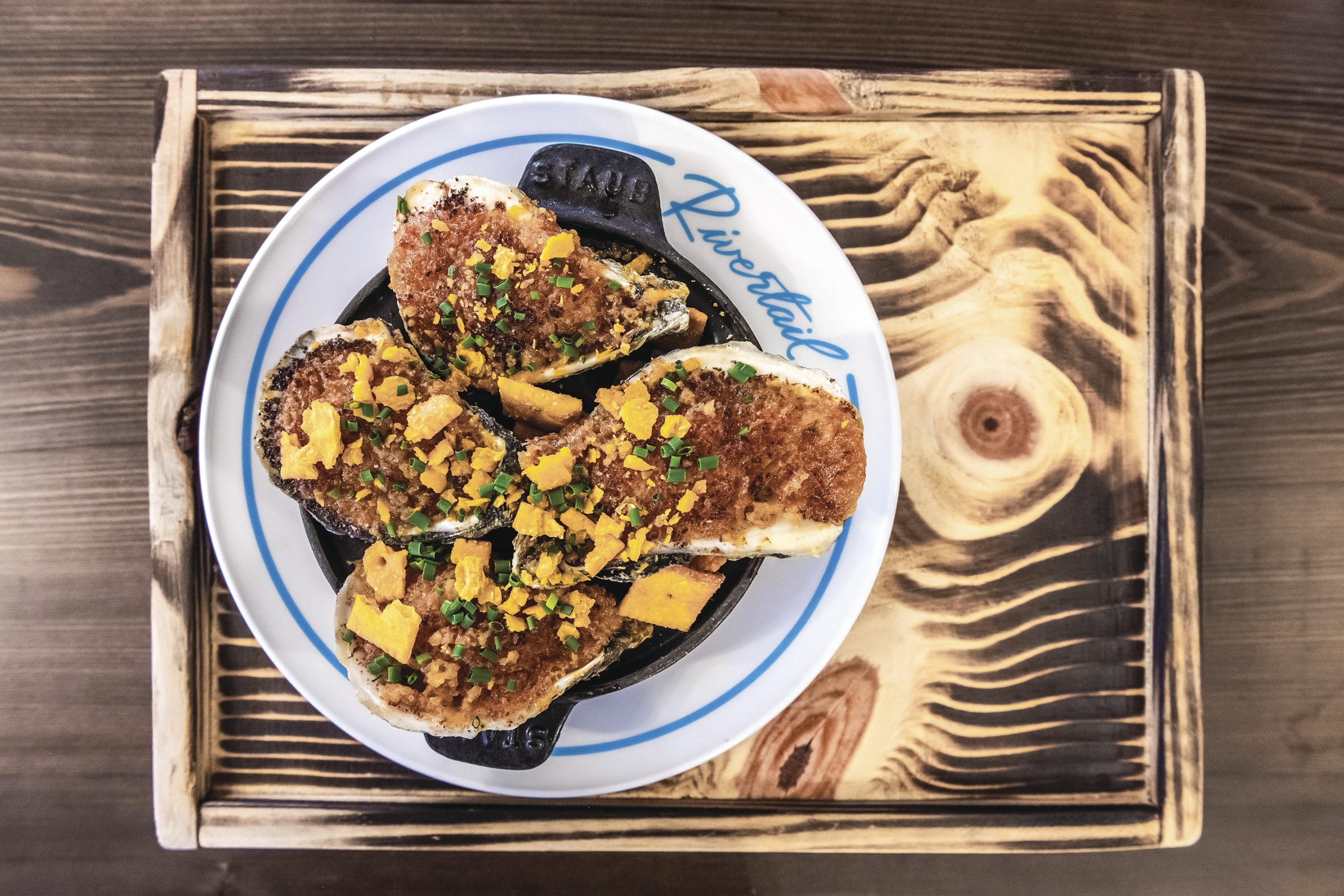