Cuts And Cocktails: Experience More Than Just A Barbershop 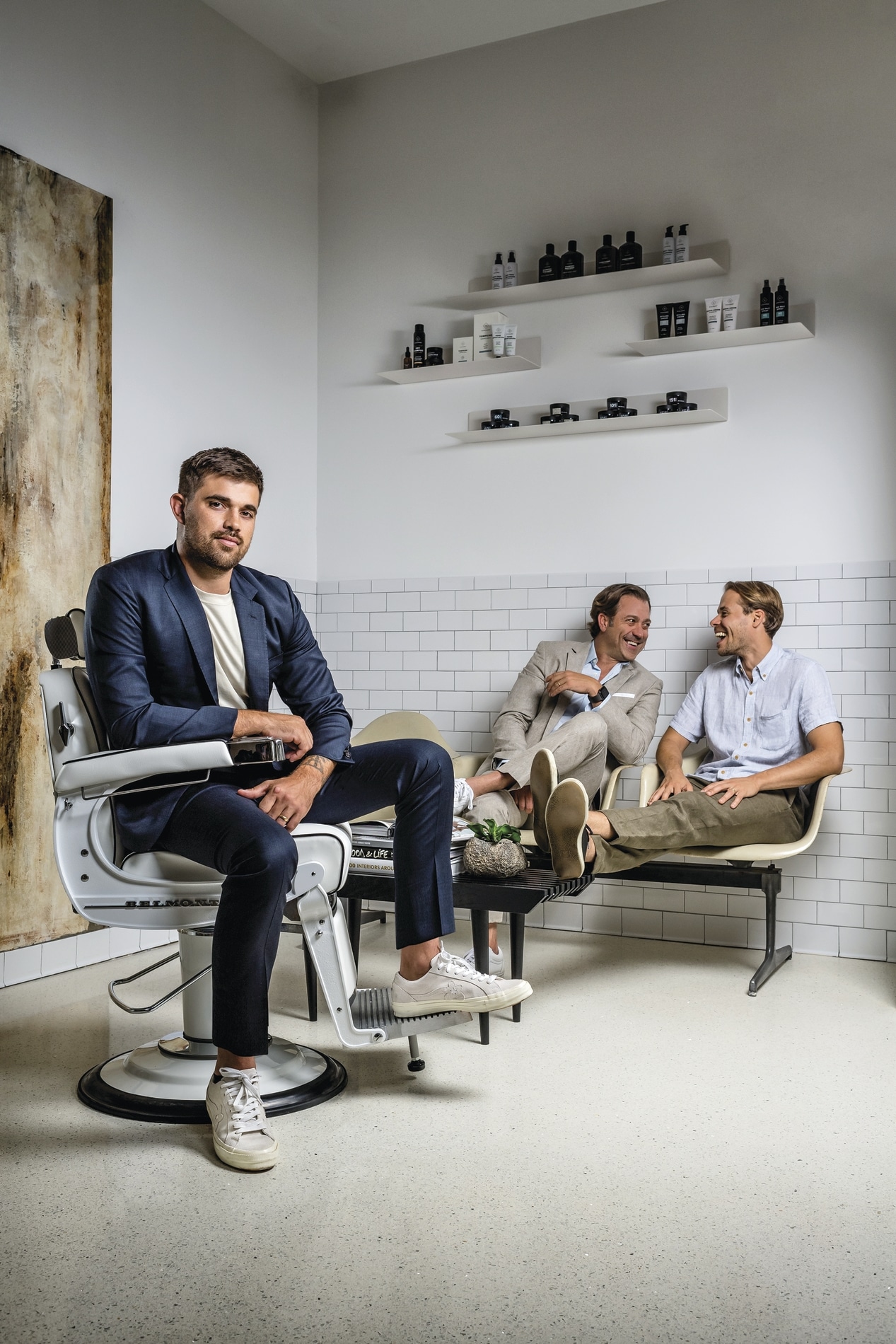 After six successful turns in the Midwest, New York and California, Blind Barber is bringing its male moxie to Miami with a location at the Nautilus by Arlo hotel in South Beach. The concept was developed by founder Jeff Laub when, after a talk with his grandfather about his misgivings regarding wanting to be a barber, the older man told him what he loved most about visiting his barbershop: the camaraderie. “I remember him saying it was his favorite place to hang out, get a cut, tell stories with friends and drink a cold beer,” says Laub. “That’s when the lightbulb went off and I thought, ‘That’s what I want!’” Laub went on to enlist the help of partners Josh Boyd and Adam Kirschenbaum (NYC hospitality veterans) and the business was born. The concept is straightforward enough: Blind Barber is your friendly neighborhood barbershop where you go for a cut, a shave, a beard trim and some scotch—albeit with that hipster touch New Yorkers are so good at finessing. The venue caught on; a fourth partner, Matt Breen, came on and launched a product line now available globally; and additional locations in Manhattan as well as Los Angeles and Chicago followed. Thus, Miami simply made sense. “We’d all spent a lot of time in Miami,” adds Laub. “It’s the perfect blend of vibrance, flavor and passion with that art deco beach life.” The South Beach debut does up the ante a bit, however. “This is a full partnership with the hotel, so we take the glamour up a notch,” says Laub. “We have a specific cocktail menu, four from our other locations, four by Arlo and four seasonal Miami drinks, and we’ll serve a small food menu. We knew this place had to resonate with South Beach and feel like home.” 1825 Collins Ave., Miami Beach, 305.503.5700