For superior Italian cuisine that's off the beaten path, look no further than Biella Ristorante in Sunny Isles Beach. 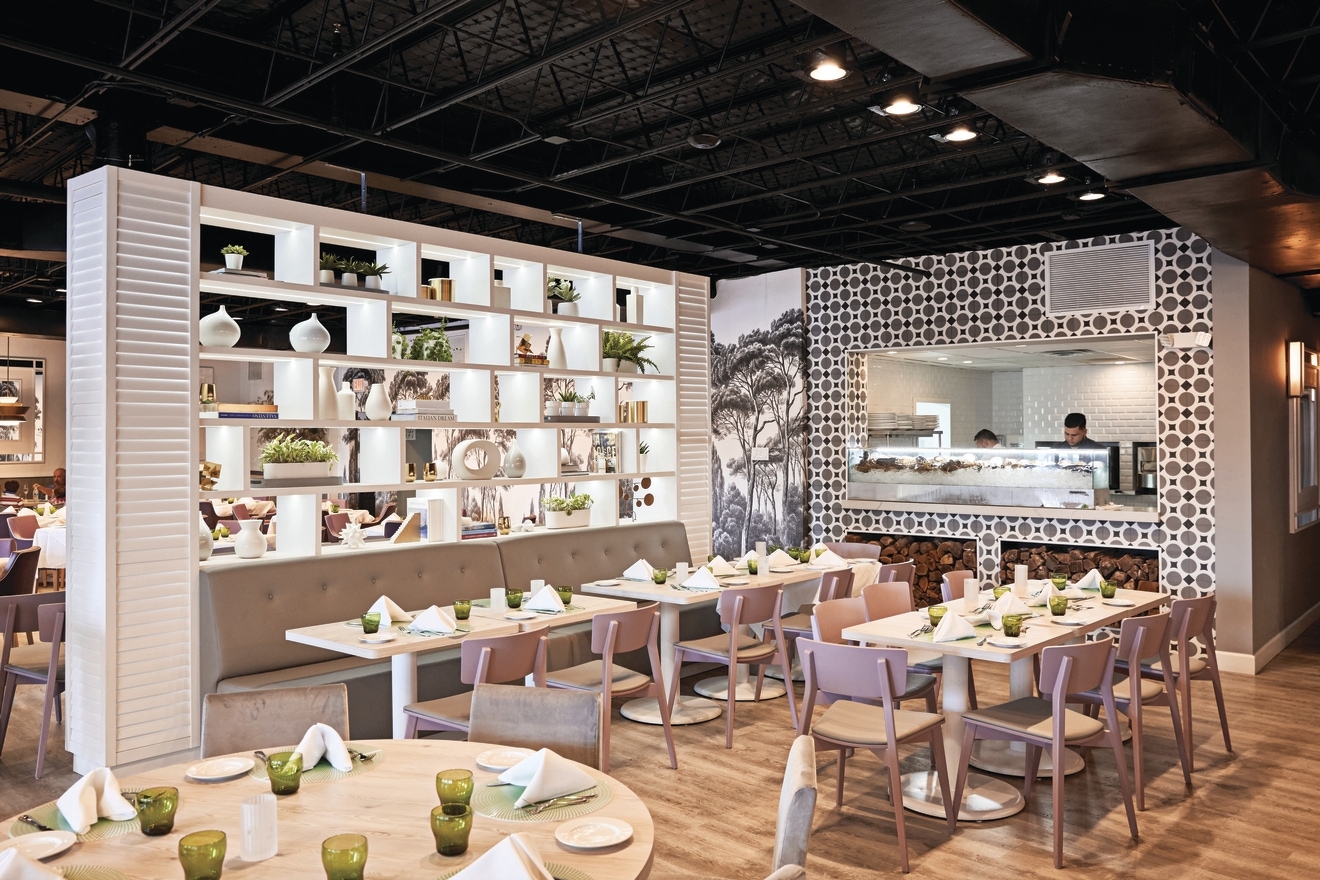 Miamians are accustomed to searching out luxury restaurants in the depths of endless hotel lobbies, in the mazes of high-end malls, and among the morass of streets in South Beach, Wynwood, the Design District and Coconut Grove. But in a shopping plaza in Sunny Isles Beach? That’s a hard sell, even for determined foodies on the hunt for truffles, smoked salmon and caviar.

Yet that’s the challenge Biella Ristorante, owned by Gonzalo Carnevalli and named for a town in the northern part of Piedmont, has taken upon itself. Nestled in the back of the RK Center, which is fronted by other dining establishments, Biella may be easy to overlook. Don’t. Charming and contemporary, with artisanal wood floors, white shelf room dividers, modern white-glass accent pieces and a black-and-white mural backing the dining room, the restaurant offers Italian cuisine with plenty of innovative, urbane touches.

That means that, yes, meatballs are available in this 151-seat eatery, made cozy with a variety of white linen-covered tables and perches, ranging from bistro-style on the patio to armchairs and banquettes in the well-lighted dining room to low-slung cocktail tables in the lounge. But instead of minced veal and red sauce, chef Jorge Cabrera makes those meatballs with chicken and serves them in a row of four on dollops of creamy, whipped white polenta with accents of Reggiano-Parmigiano. And of course there’s the requisite prosciutto di Parma, but here it’s turned into a quartet of round, crisp croquettes that diners can dip into a tangy guava marmalade. It’s also sliced thinly to generously top the house’s signature pizza, which features a crunchy crust that also carries a thin layer of cream, melted mozzarella, porcini mushrooms, cherry tomatoes and a fluff of microgreens.

Other antipasti, sourced from either the bar menu or the regular dinner menu—both of which are handed to diners—include a trio of precisely grilled prawns, brushed with a pistachio-based aioli, and two styles of WiAnno oysters, on the half shell with cocktail sauce and horseradish or reinvented Rockefeller. Sustainably raised and clean-tasting with a high salinity, the oysters hold up well to Biella’s interpretation of Rockefeller, which includes cream sauce to cut the additional salty flavors of pancetta and salmon roe. Edible flowers on top aren’t just decorative; they provide a touch of bitter contrast to alleviate the richness.