MIA Market Is A Learning Hub for Miami's Future Restaurateurs 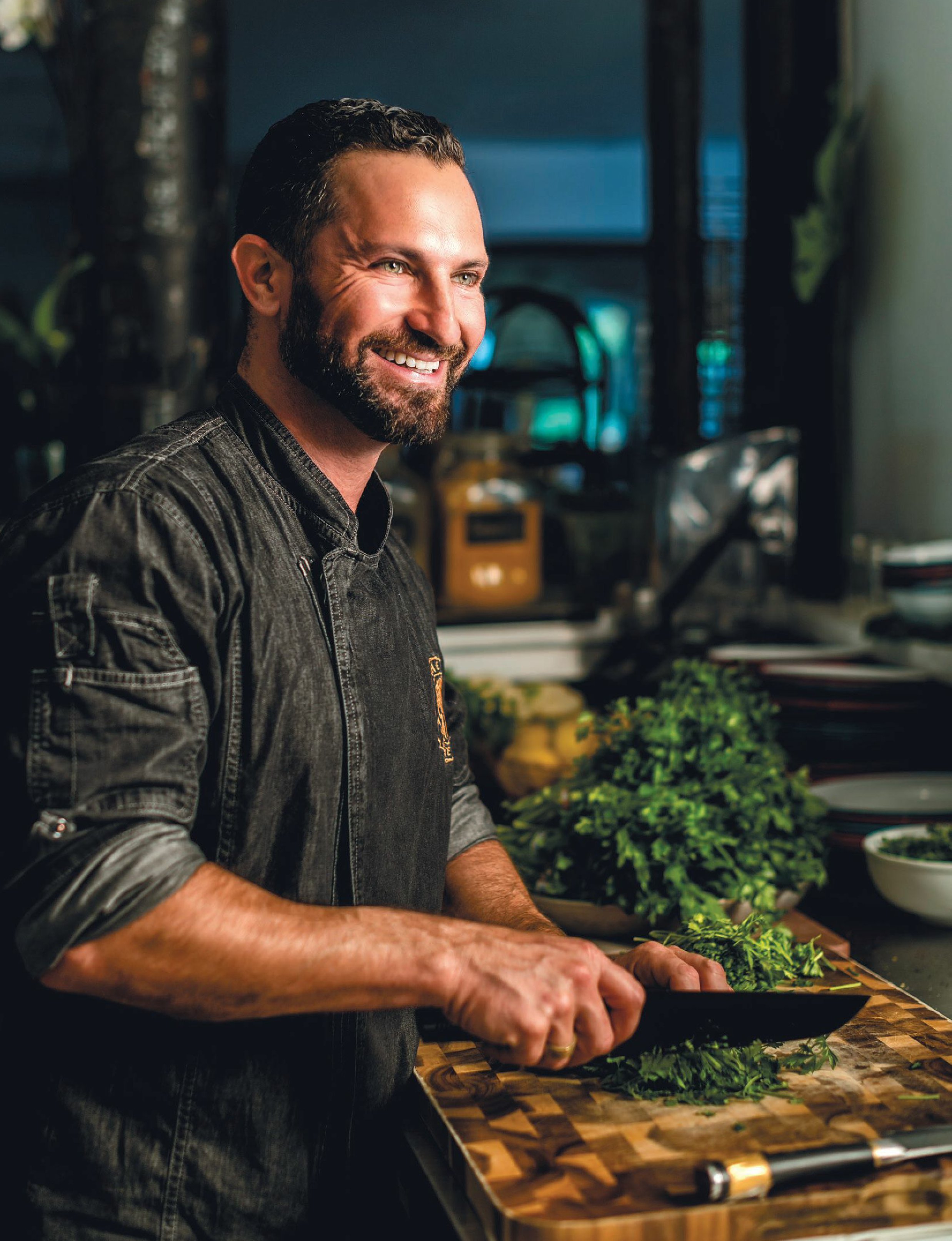 Yaniv Cohen opened his Jaffa concept at MIA Market in 2018 and is now expanding it to Hallandale Beach. PHOTO BY NICK GARCIA/COURTESY OF JAFFA

The Design District’s MIA Market is not just a food hall but a learning hub for Miami’s future restaurateurs.

With doom and gloom statistics that claim more than half of all new eateries fail within their first year, the restaurant business is a fickle and daring venture. The reasons for failure are many—lousy location, poorly executed ideas, plain old bad luck—and in a competitive city like ours, where discerning patrons have no lack of options when it comes to dining out, it’s a wonder any restaurateurs take the leap of faith at all. And while this past year has tested restaurant owners like never before, this yin-yang of victory versus defeat has always rung particularly true in Miami, where behind every Carbone success story there’s a Kaido cautionary tale. 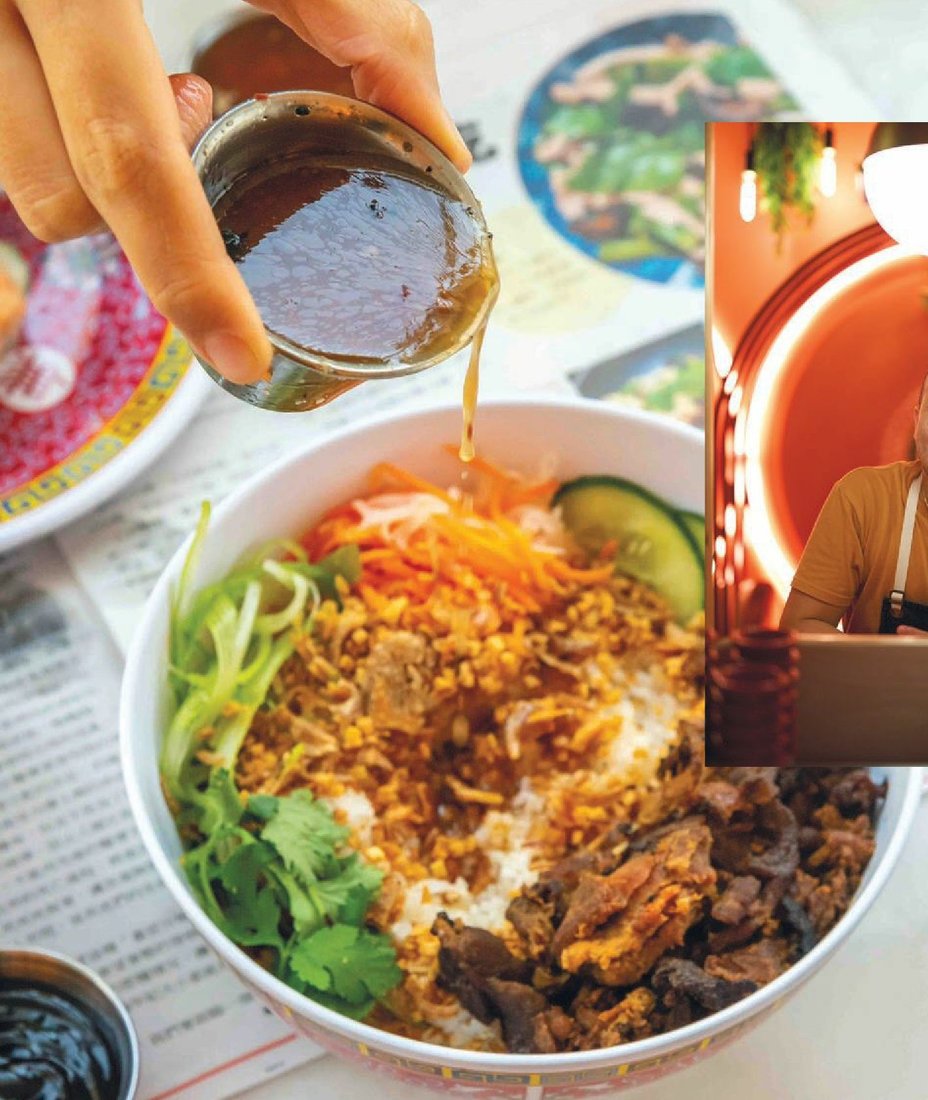 There’s no such thing as assured triumph in the hospitality industry (any business venture worth trying comes with risk), but budding restaurateurs all over the country are recognizing the value of joining an established brand where they can work out the kinks of a particular concept before committing to a stand-alone location. That’s where food halls come in. This past decade’s most embraced culinary trend, the food hall offers a buffer into restaurant ownership that often comes with lower startup costs, less risk, shared expenses, consistent foot traffic and exposure to the clientele owners and chefs seek.

Such is the case at the Design District’s MIA Market. Opened in 2018 as St. Roch, renamed Politan Row in 2019 and rebranded into its current moniker last year after Barre Tanguis and Cecile Hardy Tanguis took ownership of the venue, MIA is a hands-on university for culinary freshmen. 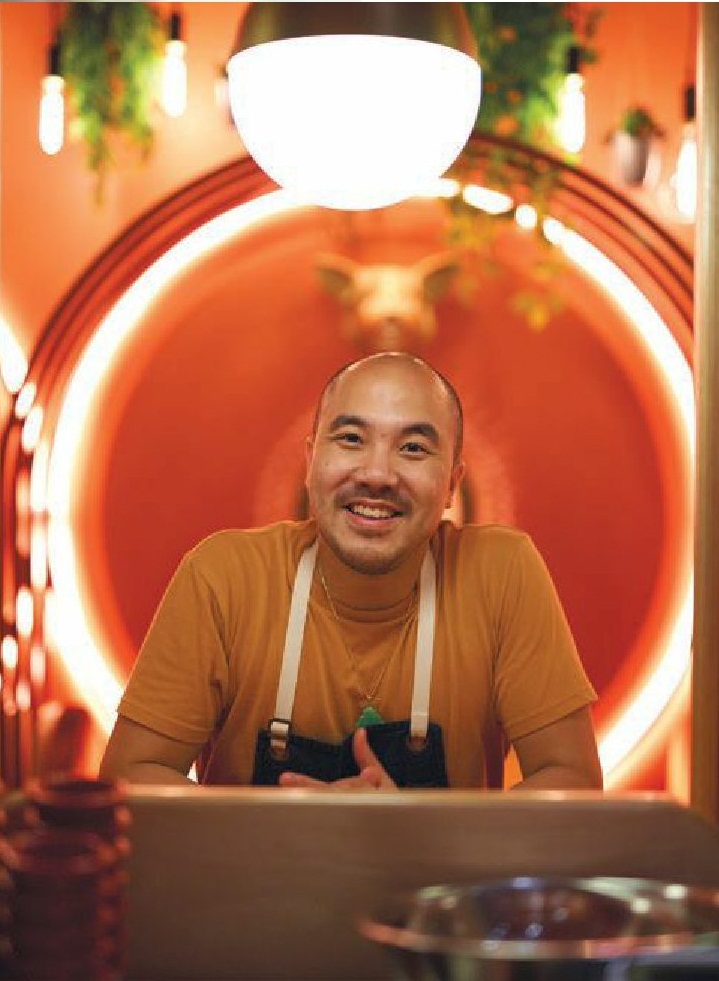 “We always had a vision of being a place where new chefs could perfect their craft before taking the financial step to open their own restaurants,” says Barre. “At MIA, they can see what works and what doesn’t.” 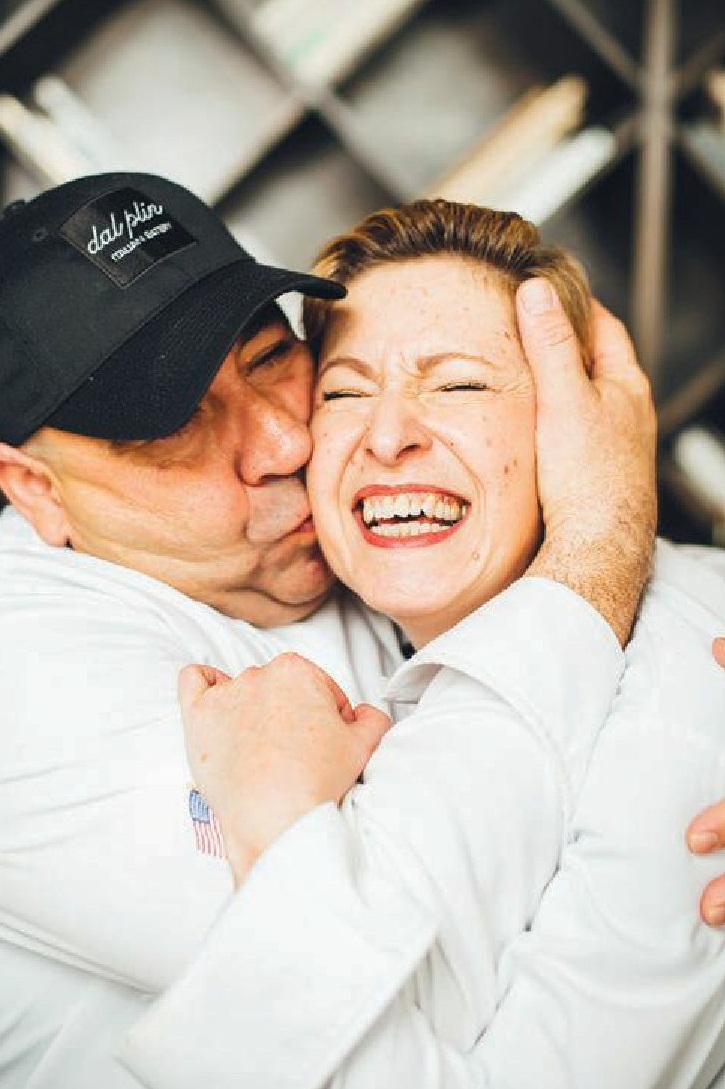 For Yaniv Cohen, MIA has been a lab for experimentation, a place to fine-tune and try out his family’s Israeli recipes for Jaffa (jaffamiami.com) before committing them to his menu. “Seeing what does and does not appeal to customers was the most important thing for me,” says Cohen, who is in the midst of opening Yaffa’s second location in Hallandale Beach. “Our MIA Market locale is a test kitchen, and the feedback I get from my regulars has been priceless. For instance, before I opened there, I didn’t know how people would react to my turmeric-roasted cauliflower, but once it became a huge hit, I now know it will always be my staple.” 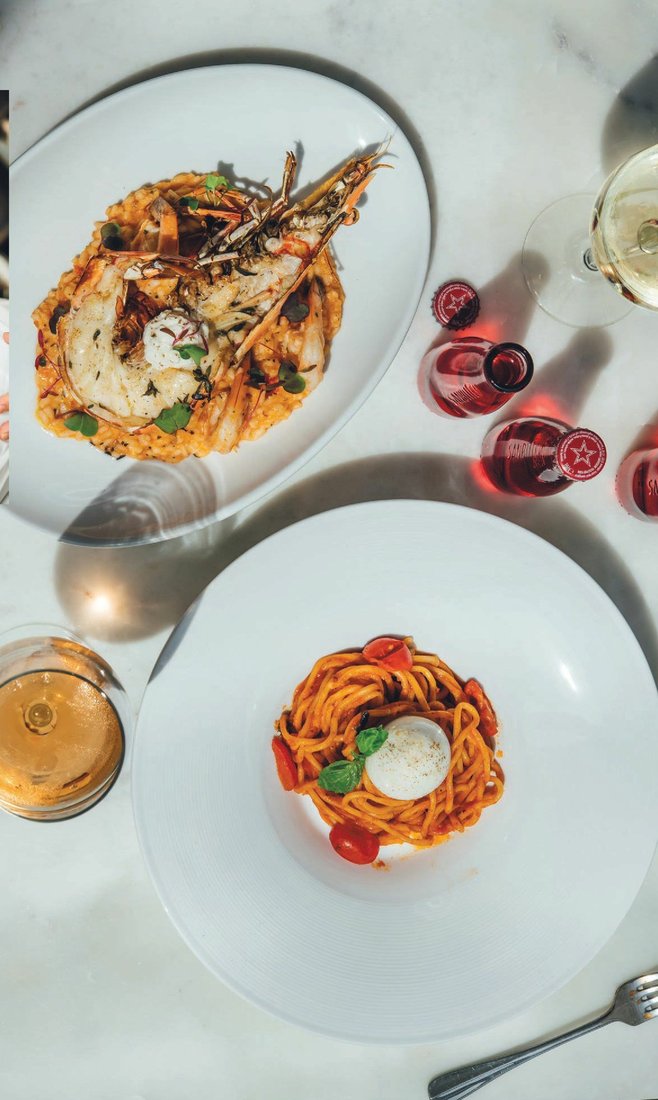 For Itamae (itamaemiami.com) owners Valerie Chang and Nando Chang, MIA offered valuable insight when it came to challenges. “MIA taught us how to make things happen with limited resources in a very small space,” says Valerie. “It gave us the opportunity to test out a new idea with only $10K in seed money.” Overcoming those obstacles led the way to a stand-alone location of Itamae in the Design District’s Palm Court (they’ve since closed their spot at MIA). These days, the brother and sister are expanding on their original Nikkei concept with new dishes and a new beverage program that integrates low-intervention wines and sakes, something that seemed a farfetched dream just three years ago. 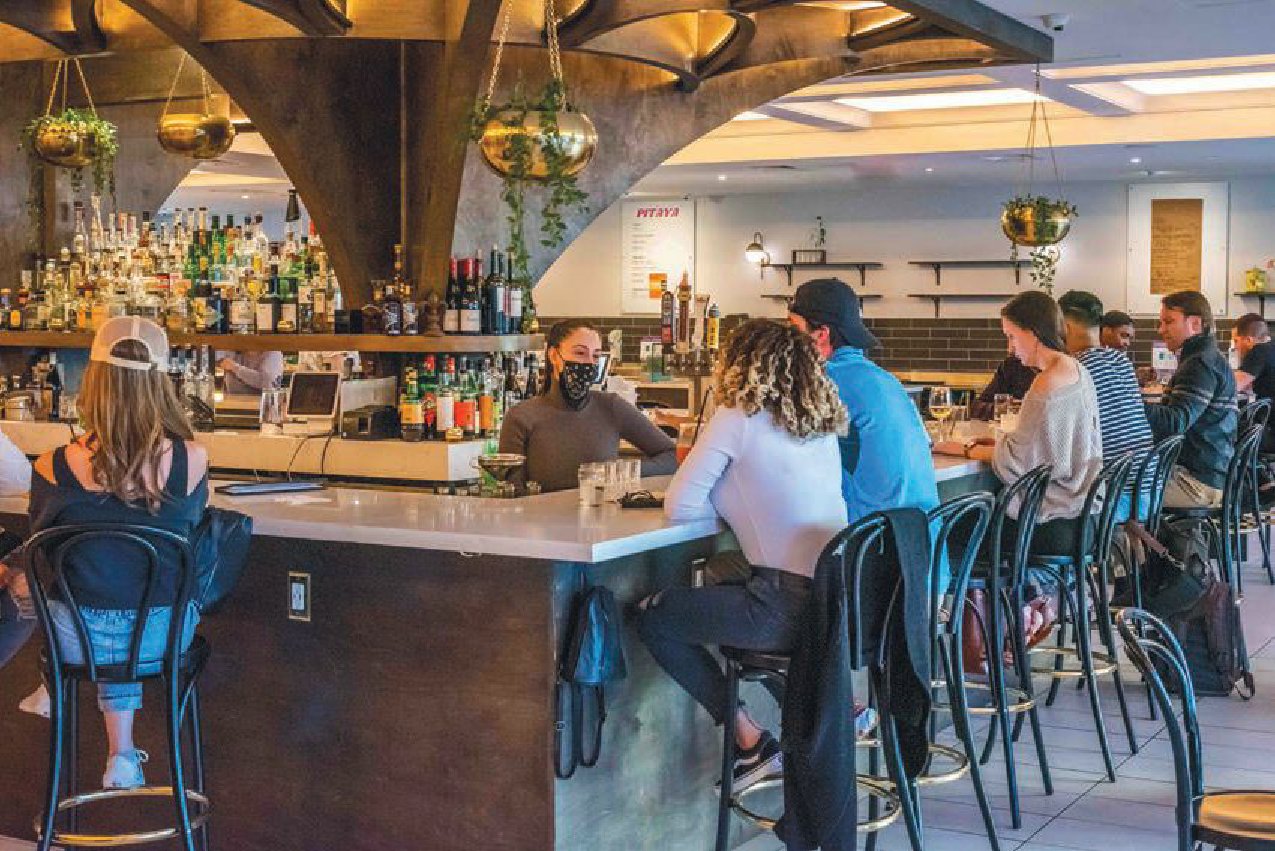 Elisabetta Callegaro, one of the chefs behind Italian favorite Dal Plin (@dalplinmiami), considers her time at MIA a sink-or-swim learning experience like no other. “The Market is a completely different world from other food operations and probably one of the hardest,” she says. “It can go from 20 to 200 customers without notice, and you need to be ready to serve them with your best food. Working in that fast-paced environment is like training for the Olympics, but it was important for us to go through that as we were starting out.” As of press time, Callegaro and co-owner Massimo Tundo were busy planning two new offshoots, Trattoria Dal Plin in Doral and Osteria Dal Plin in Brickell. 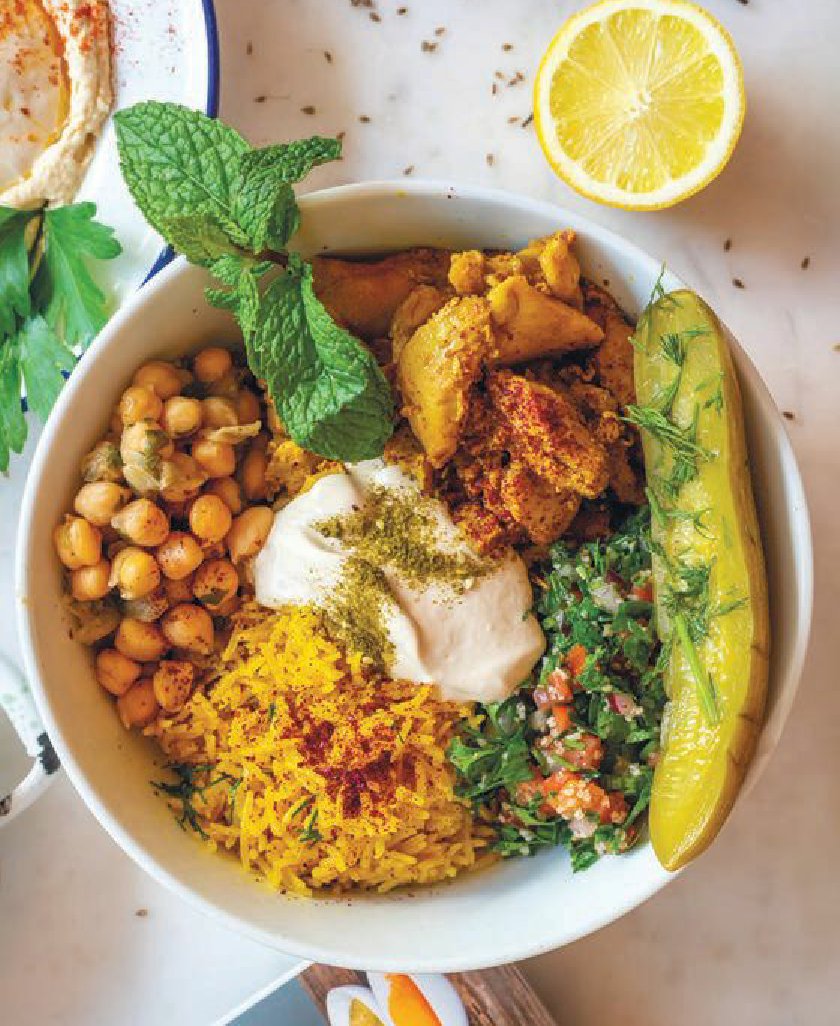 For Jon Nguyen, MIA has been instrumental in the development of his business acumen. Not only did he open a location of his Vietnamese Tran An (trananmiami.com) in Little River last October, but he also sold his MIA spot to Barre and Cecile as a franchise venue (one of what he hopes are many others to come). “Without MIA we wouldn’t have anything now,” says Nguyen. “This place has taught me how to be a business owner, as well as patience and resilience during tough times. Those lessons have been invaluable.” 140 NE 39th St., Miami, 305.975.6338, miamarket.com 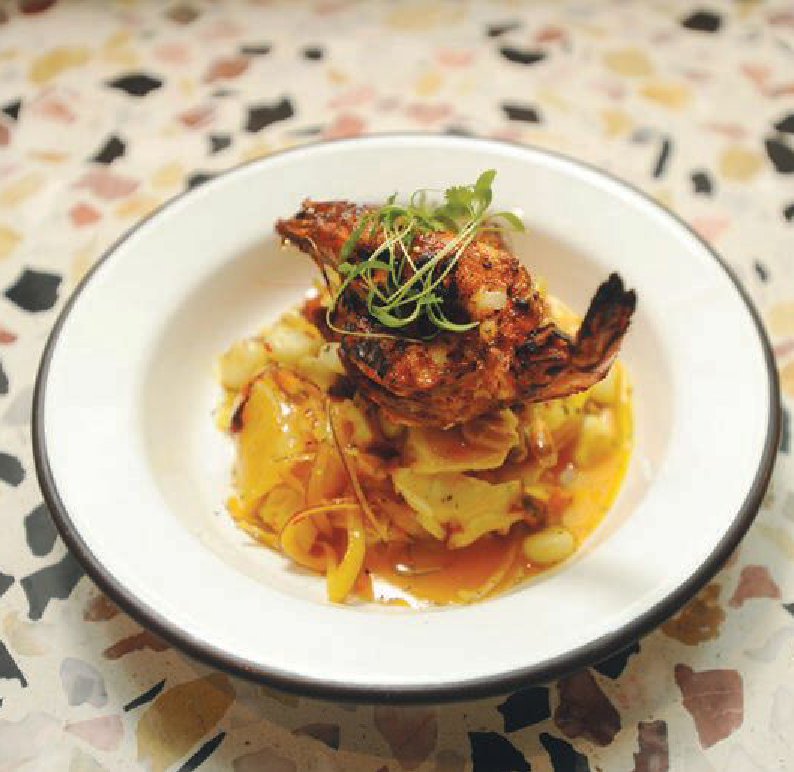