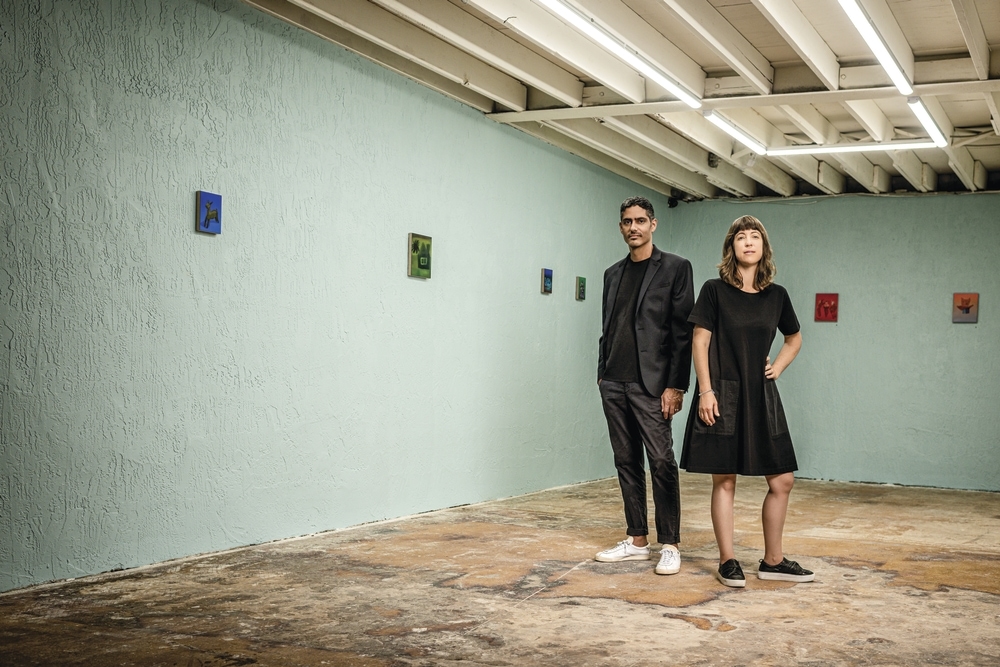 As the founders of the Miami-based art project Dimensions Variable, Frances Trombly and Leyden Rodriguez-Casanova have become adept at weathering change—not all of it welcome. Much has been made of DV’s many geographical moves since its inception in 2009. But their latest—to a new exhibition and studio space in Little River—is more than just a continuation of their fierce commitment to their community; it’s a physical manifestation of how the couple views the very definition of an artist.

“We’re combatting the idea of the isolated genius with no social skills,” says Rodriguez-Casanova. “Some people think that artists are only supposed to be working in their studio and can’t function in the real world and be professionals,” adds Trombly. “We’re the opposite. Artists can be parents; they can run their own business—and they can do their work.”

Both artists—along with their collaborators, Anita Sharma, Laura Marsh, Juan Pablo Garza and Magnus Sigurdarson—have studios for their individual practices at the new space, where their daughter is a regular visitor, soaking up the activity and learning just how well-rounded and variable a day in the life of an artist can be. It’s an approach Rodriguez-Casanova likens to the American ideal of a multiple small-business owner: “Someone who’s ambitious and doing a lot of things.”

The couple also draw on the world of tech in their endeavors—the notion of taking risks and sharing information freely with your peers. “When you go to art school, most of the programs are theory, history, practice,” says Rodriguez-Casanova. “They don’t teach you business. You’re thrown into the world and, all of a sudden, you’re an independent contractor.” After a decade of ups and downs and working in spaces under various arrangements, the couple have plenty to share: “We’re advocating for artists to help each other and work together,” says Trombly, explaining that Dimensions Variable is always driven by asking the question: “How can we help this artist, who is extremely talented, and give him the support he needs?” (Hint: It starts with paying the artists they exhibit.) 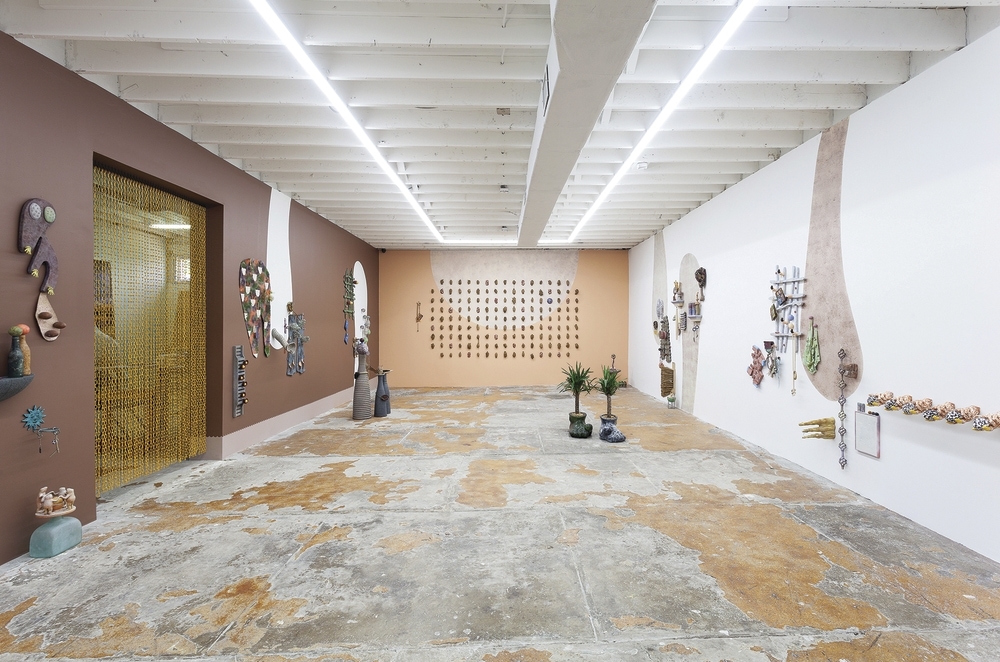 The solo exhibitions to inaugurate the new Dimensions Variable space (all on view until Aug. 1) include Arenas y Arenas y Arenas, an installation of collected objects by their partner Juan Pablo Garza; Ni Aquí, Ni Allá, paintings by Luz Carabano; and Untitled: Social Commentary by sound artist Gustavo Matamoros, who has lived in Miami since 1979. “Our focus is on projects that are not commercial,” says Trombly. “We want to give artists who are really not seen an opportunity. We take the chance.”

Indeed, exploring new opportunities has been a cornerstone of Dimensions Variable’s mission—including their 2016 move into a space on the Wolfson campus of Miami Dade College. Unfortunately, the collaboration, which was meant to be in place for eight years, was abruptly terminated by the college after two. “The whole thing just fell apart in the middle-management nebulous zone, which is super unfortunate,” says Rodriguez-Casanova. After some down time, the couple regrouped, secured funding from the Knight Foundation and rented their new space.

Given all that’s on their plate—the couple also run the digital design studio Fulano (which services many art-world clients), and have their daughter and own practices to tend to—they admit that Dimensions Variable could have been something that “fell off the ledge.” Luckily for the artists they support and the art-lovers they reach in Miami and beyond, their passion for their work and the art community here was just too strong.