With a small but intelligent menu and stellar plating presentation, chef Jeremy Ford's Stubborn Seed is culinary performance art at its most inspiring. 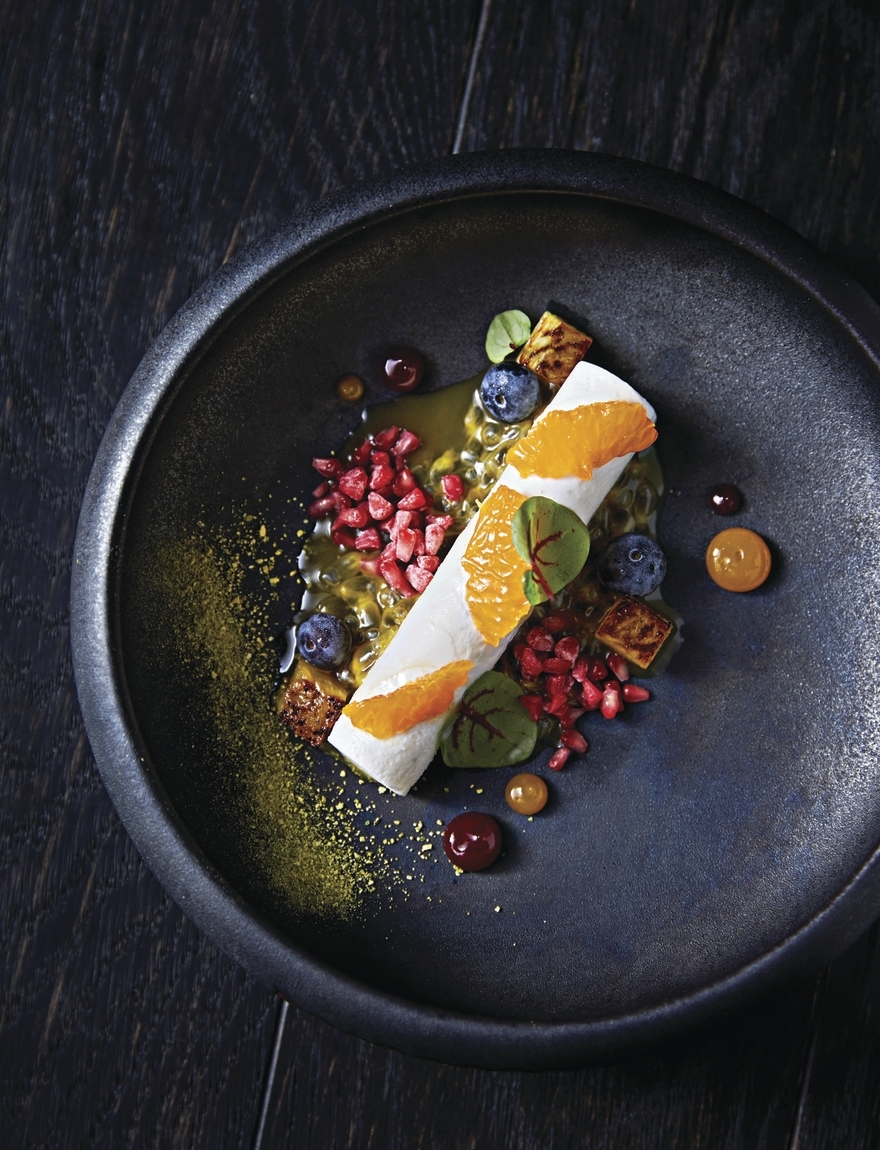 SEVEN SECONDS. That’s the amount of time an average museum visitor spends looking at an artwork before moving on to the next one. That’s only long enough to form the most ephemeral impression, not nearly enough time to understand how a painter has modified mediums to create texture, for instance, or the way a sculptor implies kinetics with materiality.

Translate those seven seconds to a restaurant. That’s about the same length of time it takes for typical social media status seekers to shine an iPhone flashlight on a dish and snap it for their accounts before digging in—if eating is, indeed, even a factor. There’s little closed-eye appreciation of aroma, or gleeful, close-up approval of protein-and-sauce arrangement. Analysis comes after, when choosing a filter for the photo and then seeing how many likes it receives.

This shoot-it-and-flee tactic is not going to work, however, at Stubborn Seed, the snug 74-seat establishment that former Matador Room chef Jeremy Ford has opened with the Grove Bay Hospitality Group. In fact, diners tend to gaze at both dishes and drinks in delight for so long here that they sometimes forget to take pictures before consuming them. That’s because Ford and his team, which includes his friend, chef Joe Mizzoni, and Pastry Chef Dallas Wynne, have added interactive movement to their craft. Not everything happens at the same tabletop level, on the same tabletop surface. Sometimes fire is involved. Sometimes there’s dry ice that smokes. Sometimes it’s both a hot and cold transformation, taking place in a space that’s simultaneously industrial and Art Deco, complemented by Pop art and a palette of hues that would make ’70s-era Missoni proud.

To wit: The Negroni a la Ford is a concoction comprising five liquors and liqueurs (Vida Mezcal, Campari, Cocchi Di Torino, Ancho Reyes and white crème de cacao), stirred with Xocolatl Mole and strained into a rocks glass over an ice cube so big it stands in the liquid like a tanker in a pond. Along with the cocktail, which is served on a wooden board with a burning sugar cube, is a passion-fruit marshmallow that the diner roasts over an open flame. We were so fascinated by the whole thing that the flame burned out before we reached so-called “golden globe” consistency, so the server brought over a tea light for us.