In her new position with ProjectArt, Chana Budgazad Sheldon is supporting local artists by giving them the tools to become mentors—and shaping Miami's next generation of creatives in the process. 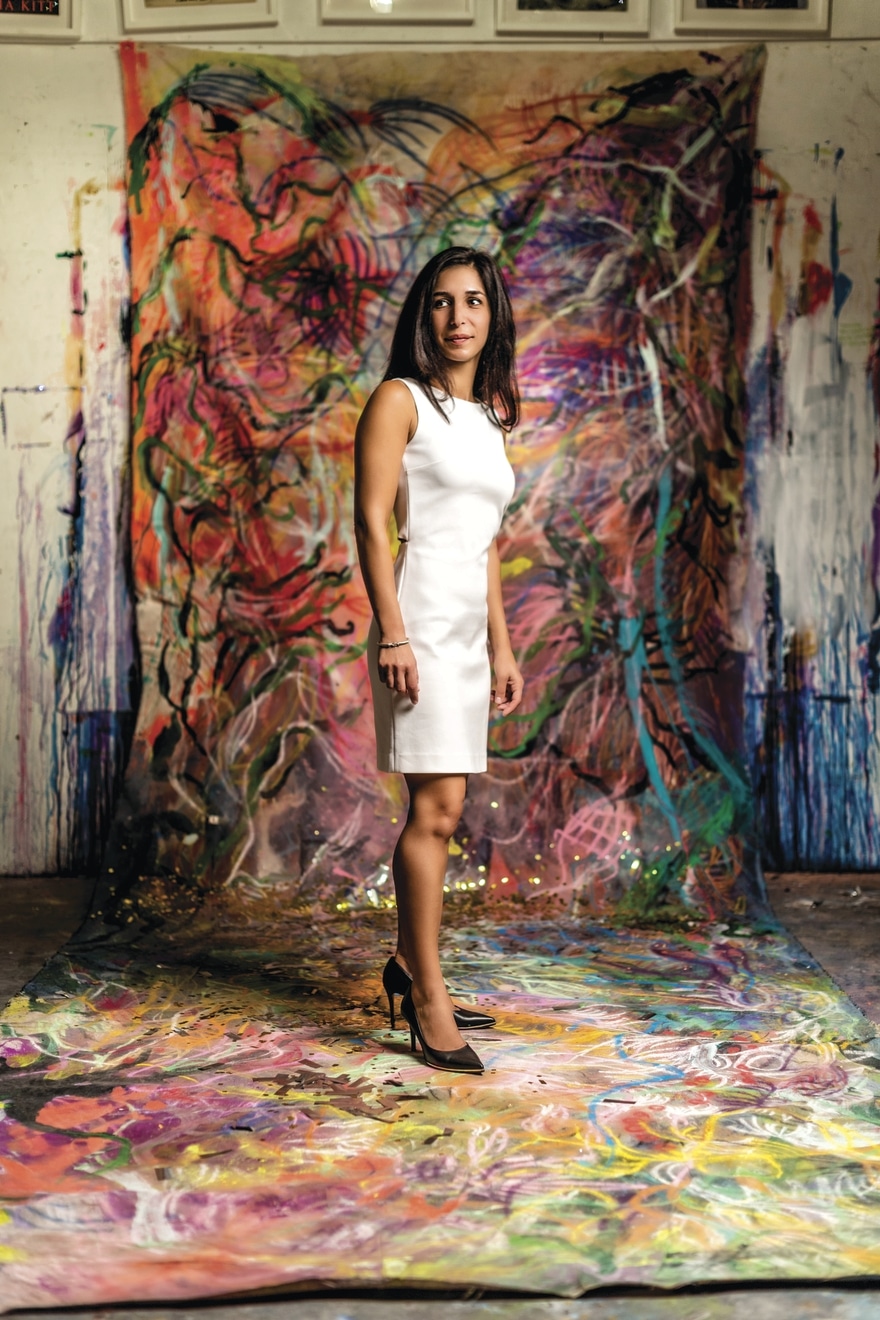 Chana Budgazad Sheldon in front of “If you lived here, you'd be home by now” by Alex Nuñez, of the ProjectArt program.

ALTHOUGH SHE SAYS being Locust Projects’ executive director for eight years was entirely fulfilling, when Chana Budgazad Sheldon heard about ProjectArt, the nonprofit that provides free after-school art classes taught by contemporary visual artists, she jumped at the chance to lead the organization.

“I am a strong believer in the transformative power of art,” she says. “ProjectArt is about making a deep change, using art as a platform to inspire and serve youth, and a new way to support visual artists. It’s a social impact movement.” Based in New York City, ProjectArt began in 2011 when doodler and immigrant Adarsh Alphons shared art supplies with 10 kids in Harlem. Realizing the library system was the perfect platform for collaboration and free programing, he partnered artists with libraries. The concept spread around New York, then to Detroit and Miami (thanks to a Knight Arts Challenge grant), at which point Sheldon became involved, before expanding to Chicago, Los Angeles and Pittsburgh. Today, 43 public libraries nationwide serve more than 1,000 children ages 4 to 17 from low-income neighborhoods with free weekly sessions from September through June. The local resident artists and instructors are selected from a competitive application process. After that, they are given a salary, art supplies and a nine-month residency with free studio space in a public library.

As ProjectArt’s Miami director and national program advisor, Sheldon oversees eight branches spanning from North Miami to Homestead and helps Alphons develop residencies around the country. “It’s been really exciting and incredibly inspirational,” she says. “Supporting artists has always been at the epicenter of everything I believe in, so having the opportunity to work with them in a different way, to be culturally transformative, was a really big part of my decision. It’s led me to this moment.”