To Each its Own 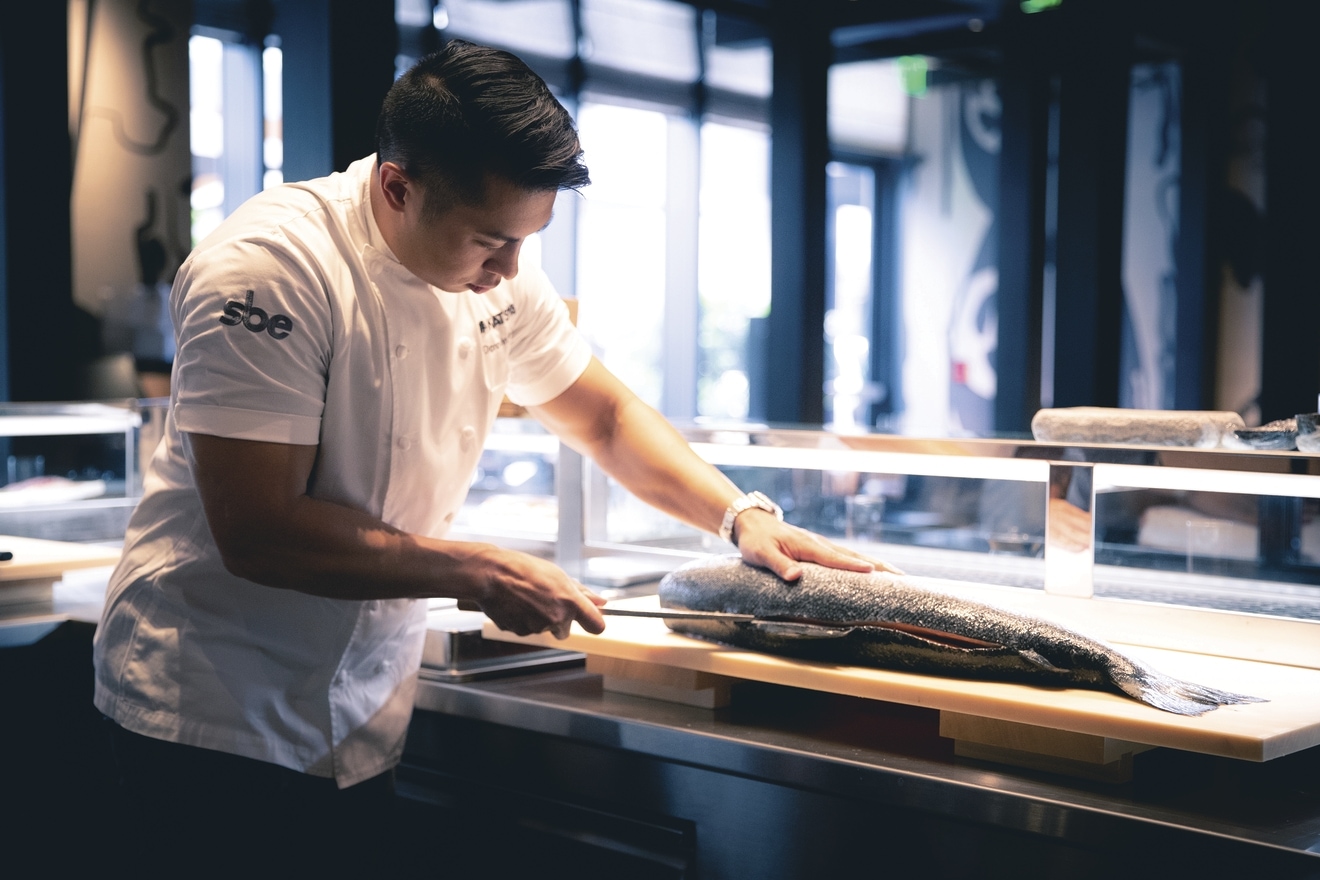 When a beloved and popular restaurant like Katsuya opens a second location in your city, how do you know if you want to dine at the new one or continue to frequent the established site?

One factor might be location: If you’re visiting the beach, Katsuya South Beach, the original izakaya site in the Miami market, is the obvious choice. But if you’re anywhere near Downtown or the city proper, you’re going to want to check out Katsuya Brickell at the SLS Lux Brickell Hotel & Residences.

The two restaurants, operated by hospitality group sbe in partnership with chef Katsuya Uechi, share some signature dishes—such as the melt-in-your-mouth whitefish sashimi, kicked up with momiji ponzu, scallions and onions—but there’s also a world of difference between the two. Katsuya Brickell, the 14th restaurant overall, is just as dramatic, but moodier than its South Beach sister, with a darker palette. Renowned design firm Yabu Pushelberg created a minimalist, graphic-heavy interior with black-and-tan Daruma doll-inspired art installations that hang above the tables from heavy red cords.

Denevin Miranda, executive chef for the entire SLS Lux, also makes a mark with his expertise. Crawfish shui mai, which have a bite from the addition of shaved andouille sausage sections, are beautifully plated with a smoked corn mousse and “bisque air” that foams over the roe-topped dumplings. Order these with the wagyu beef short rib gyoza, pillowed with a bruleed Gruyere foam and accented with dashi-braised onions, which linger on your palate like wine.

Even if you’re not in the vicinity of Downtown, these dishes are a draw. So, too, is the decision. In the end, the two Katsuyas are just alike enough and just different enough from each other that we can love them like our children, and say they’re both our favorite. SLS Lux Brickell Hotel and Residences, 8 SE Eighth St., Miami, 305.859.0200, slslux.com