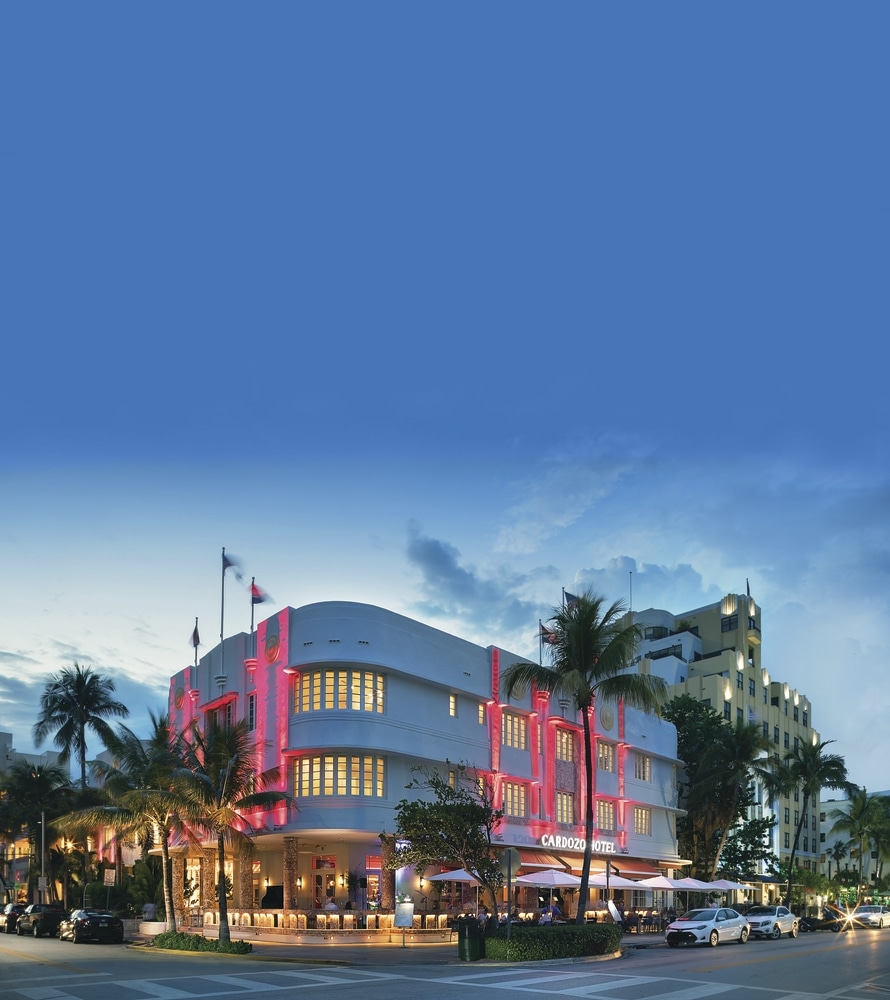 In the 1990s, the Cardozo Hotel reflected South Beach’s brand of art deco chic to the world by appearing in movies such as The Birdcage, Something About Mary and Any Given Sunday, but in recent years, the property had seen better days. Now rebranded as the Cardozo South Beach, the hotel is welcoming summer after a rooftop-to-lobby $15 million renovation. The recharged building, which first made its debut in 1939, was modernized (just in time for its 80th anniversary) by owner Emilio Estefan in partnership with local architect Aldo Ducci. Estefan was as hands-on as owners get, incorporating furniture, art and accessories from his and wife Gloria’s private homes. “Gloria and I have been very fortunate to travel all over the world,” says Estefan, “so we have taken the best qualities from the different properties we’ve visited [and incorporated them here.]” The 41 rooms and suites are now white and tranquil with mother-of-pearl headboards and gold fixtures in the baths. Prime among the accommodations is the third-floor 1,500-square-foot penthouse, which boasts two master suites, living room, dressing area, dining room, two master baths, another bathroom for guests and panoramic views of both Ocean Drive and the shoreline. BiCE Cucina is the on-site, all-day restaurant, serving traditional Italian fare. The renovation represents a full circle moment for the Estefans. “When Gloria was a little girl with her family in the beach near the Cardozo, she pointed up to the hotel and told her father she would buy it for him when she was big,” adds Estefan. “I never forgot that story, so when our music went global and we began investing in Miami, one of the first things we did was buy the place. It’s a great reminder of our journey and where we are now.” Room and suite rates from $239, penthouse rates from $2,000, 1300 Ocean Drive, Miami Beach, 786.577.7600, cardozosouthbeach.com