Starring in both Marvel’s The Falcon and the Winter Soldier and Fox’s The Resident, Emily VanCamp weighs in on what’s changing in Hollywood. 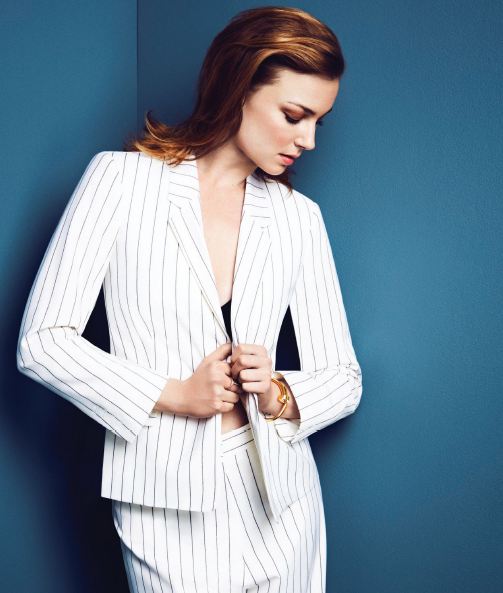 Amid the global pandemic, cast and crew members throughout Hollywood are pivoting in the face of new filmmaking realities. It’s challenging enough for one production. For Emily VanCamp, try two different projects at once.

Living and working in Atlanta, VanCamp stars in two separate television series: the Fox medical drama The Resident, currently embarking on its fourth season, and Disney+’s The Falcon and the Winter Soldier, the streaming service’s second program set within the sprawling Marvel Cinematic Universe. Originally, it was meant to be the first Marvel show on Disney+; those plans changed due to COVID-19, pushing the series’ release to March 19.

“I kind of went from filming two shows to nothing,” VanCamp says about working on not only the top-secret Marvel project but also The Resident during this time. “Then in September, straight back to filming two shows again. It’s been a bit of a whirlwind, but a welcome whirlwind.”

Now, following the success of Marvel’s Disney+ series WandaVision, VanCamp stands ready to bring more action and adventure to fans of the highest-grossing cinematic universe in history. In The Falcon and the Winter Soldier, VanCamp reprises her role as Sharon Carter, an espionage agent descended from Captain America’s long-lost love, Peggy Carter. According to VanCamp, viewers won’t miss a beat when the adventures of Carter, as well as those of Anthony Mackie’s and Sebastian Stan’s titular Falcon and Winter Soldier, move to shorter-form episodic storytelling.

“I think you just get a little bit more out of it,” she says. “One thing I always felt with Sharon Carter was that within these films, you really don’t get to explore the characters as much because you’re trying to tell a story in two hours. Whereas here we have six [episodes], and I feel like we got to get a little bit deeper into Sharon’s background. What happened after [Captain America: Civil War]? Where did she go? And we get to go there on a deeper level than we were able to explore in the films.” 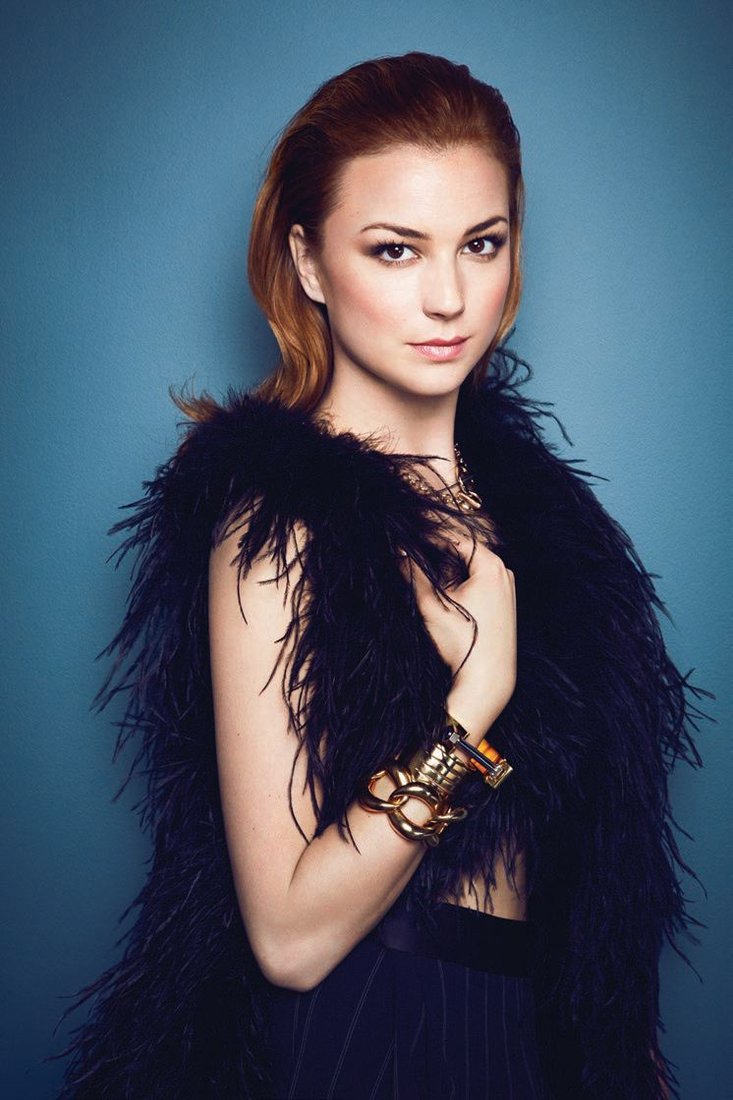 “IF WHAT WE CAN OFFER IS ENTERTAINMENT AND SOME ESCAPISM, AND THAT MAKES PEOPLE FEEL GOOD AT THE END OF THE DAY, THEN WE’RE DOING WHAT WE’RE SUPPOSED TO BE DOING, AND IT’S WORTH IT.”

“In a way, the timing is perfect because it’s such a difficult time for everybody and streaming is at its peak,” she adds. “It’s great to have this content out that you can watch from your living room without the quality being compromised.”

Beyond the continuity in blockbuster feel, VanCamp promises The Falcon and the Winter Soldier tells a timely tale, one that will resonate with Marvel viewers living through one of the most divisive moments in modern history. “I really feel like it’s time to tell this story,” she explains. “It was really cool to be a part of that. Without going into too much detail, I think it’s going to make a lot of people really happy to watch this story unfold and these adventures take place.”

For VanCamp, the project’s relevance stands shoulder to shoulder with her work on The Resident. Starring as nurse practitioner Nic Nevin for four seasons and counting, VanCamp’s series-regular role affords her a firsthand look at the way in which our global circumstances are impacting medical professionals.

“I think at this point, everybody has been affected by this pandemic in a major way, so you can’t shy away from it,” she says. “But I think another interesting route that the writers took was that they didn’t want to lean into it too much and have that as our main focal point for the season, just to have escapism from this thing that everyone’s feeling every day. So I think they found a really interesting balance,” she continues. “And I think, more than ever, our healthcare workers are our true, real-life heroes.”

With two high-profile roles reaching audiences simultaneously, VanCamp says she’s not only focusing on the work, but how the work is impacting others during this challenging time: “I’m also a consumer, and I’m also looking for content. Everybody is just trying to make the best of being home and staying safe and staying somewhat distracted from what’s going on. I think everyone was nervous to go back to work, but there’s also a sense of contributing. And if what we can offer is entertainment and some escapism, and that makes people feel good at the end of the day, then we’re doing what we’re supposed to be doing, and it’s worth it.”

Tags: emily vancamp the resident the falcon and winter soldier

Photography by: PHOTOGRAPHED BY KAIZ FENG