Alice in Wonderland encounters at the Young Patronesses of the Opera's Wonderland Ball were the norm. 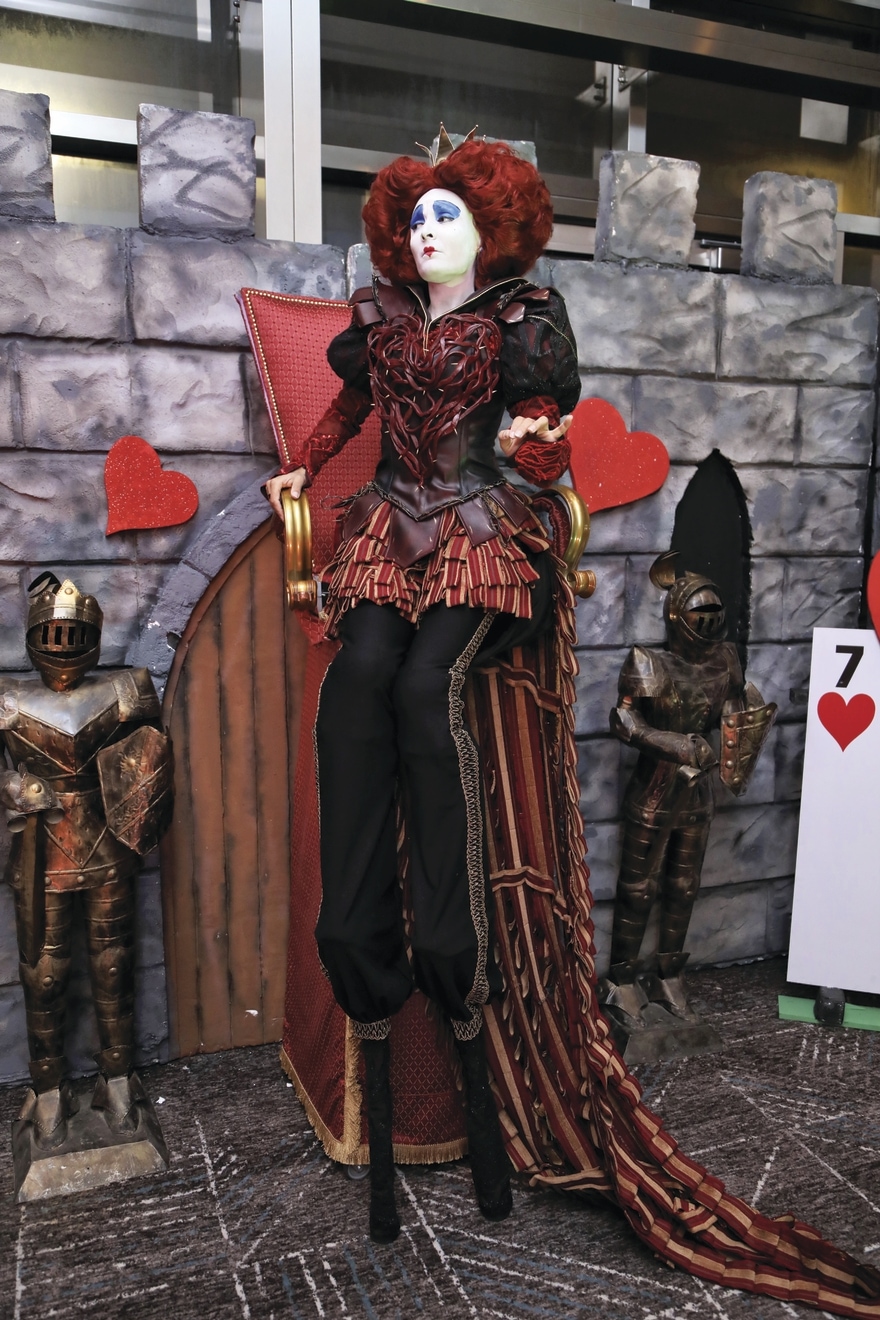 The Queen of Hearts was one of many costumed characters at The Wonderland Ball from the Young Patronesses of the Opera.

Themed galas can go either way, but the recent Wonderland Ball, the annual fundraiser for the Young Patronesses of the Opera, hit all the right marks. More than 250 guests went down the rabbit hole and into the ballroom at the Four Seasons in Downtown Miami for an evening marked by fantastical decor with characters from Lewis Carroll’s Alice’s Adventures in Wonderland. A towering Queen of Hearts on stilts welcomed attendees to the party, now in its 63rd year, which included all the trappings of such social affairs (Champagne, silent auction, the works), as well as surprise performances of several popular arias set to techno music. Bravo, indeed.