In both his new film and at home, Matt Bomer revels in his most important role yet. 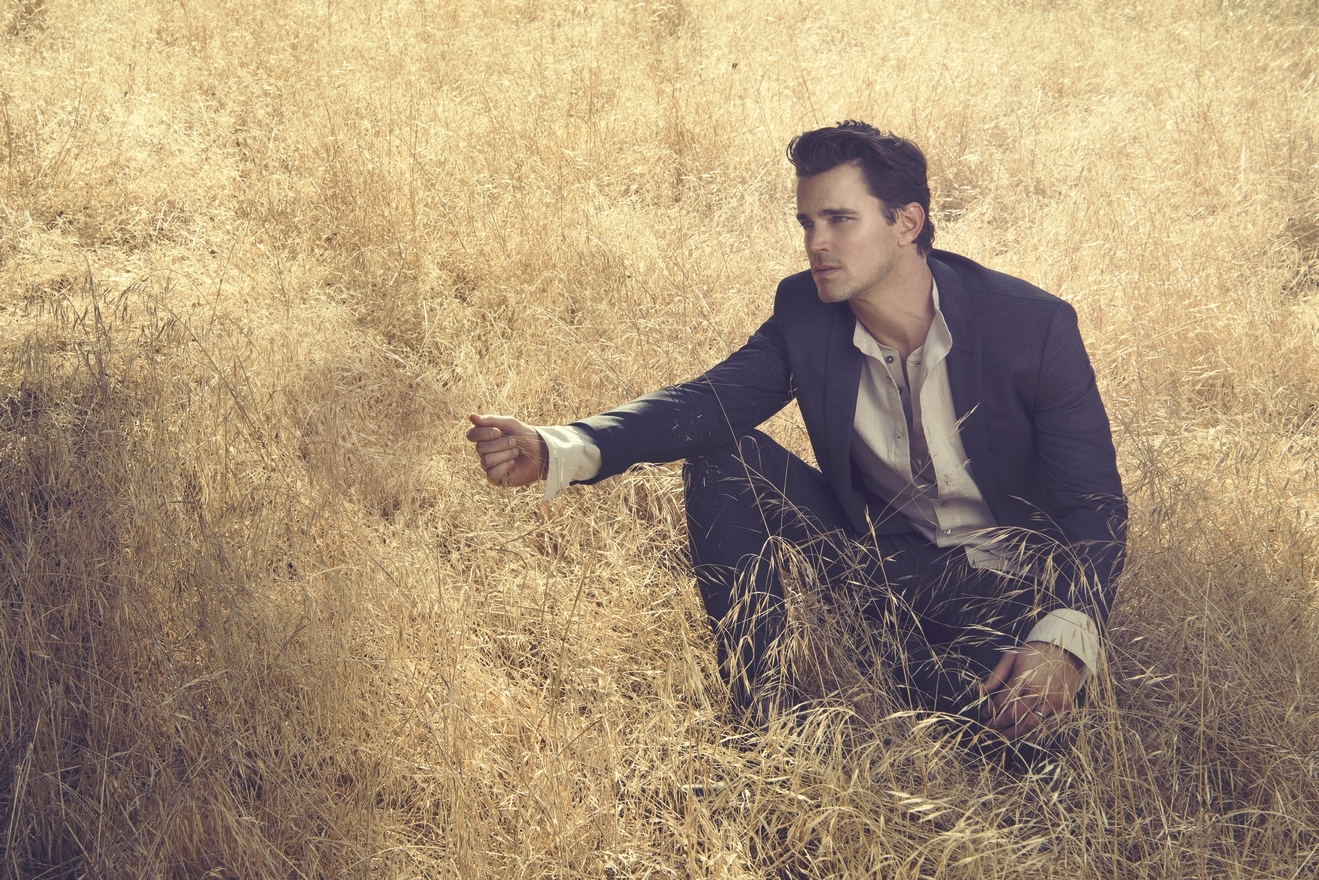 In his versatile career

as an actor, Matt Bomer has portrayed a male stripper, a closeted journalist, a suave con artist and a brilliant film producer. What he hasn’t had a chance to play on screen—until now—is a role likely to come naturally to the 40-year-old actor: a father.

In the adventure drama Walking Out, which debuted at SXSW and the Sundance Film Festival this spring and premieres Oct. 6 in theaters, Bomer embodies the estranged father of a 14-year-old son, who he takes hunting in the harsh Montana wilderness. While David, played by Josh Wiggins, would rather stay inside his father’s cabin and play video games, Bomer’s character has other ideas when it comes to male bonding. “I related to the character in a really profound way,” says Bomer. “I grew up in Texas, in a family where outdoorsmanship was a big part of our lives. The men in my family [and I] bonded [by] being in [nature] and having silence and a shared space together. I had an innate understanding of why it was so important for Cal to try to perpetuate those values.” While the film is focused on a dramatic event that changes the trajectory of their hunting expedition, it was the greater themes of the movie that struck a chord in Bomer. “Relationships and roles get redefined,” he says. “We start to get to the center of some questions about parenting that I deal with every day, which is, ‘What are we supposed to instill in our children?’”

It’s a question Bomer grapples with as he and husband Simon Halls raise their three children, 9-year-old twins Henry and Walker and 12-year-old Kit, in Los Angeles. “What’s meaningful to us are manners, respect, a good work ethic,” he says, but, more importantly, “a belief in themselves, that they can follow their dreams, pursue whatever they want to pursue and to be their most authentic self. Whoever you are and whoever you want to be is accepted and surrounded with love.”

Growing up in St. Louis, and in Spring, Texas, Bomer credits his own parents for being understanding when they sensed their young child was a little different from other kids. “I’ve always had an active imagination,” says the actor. “I’m sure my parents were concerned about me. A lot of times I was off in my own little world, daydreaming about movies and stories and characters. I would dwell on storytelling for hours on end.”

Bomer’s talent was nurtured throughout middle school by a theater arts teacher who taught him to improvise and give life to the characters he had created in his mind. His senior year, Bomer received a scholarship for some of his monologue performances, which led to his acceptance at Carnegie Mellon University, the alma mater of such actors as Holly Hunter, Ted Danson, Joe Manganiello and Josh Gad. Bomer approached convincing his family this was the right career choice the way he seems to approach everything: meticulously. “I basically gave them the equivalent of a PowerPoint presentation of what it meant to get into a conservatory, how you get in, how at the end of the conservatory you have a presentation where you have the opportunity to get an agent and you’re exposed to casting directors,” he says. “I knew exactly what I wanted right out of the gate, so I think they—thankfully—respected that.”

If he had any doubts about his chosen path, working as a janitor to support himself through high school proved his dedication to acting. “I guess that’s how you really know if you want it,” he laughs. “If you can go to school all day and clean an office building all night and still want to work on monologues at the end of the day.”