An 18-year-old painter named Fewocious (fewocious.com), known affectionately to fans as “Fewo,” has emerged as one of the hottest young stars of a new digital art movement driven by NFT innovation. 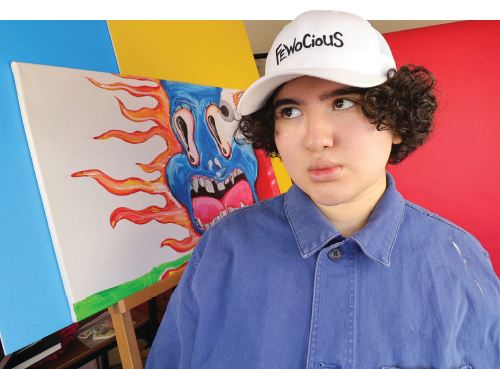 Fewocious frequently collects fellow artists and recently did a drop with Parrott_ism, Odious and Jonathan Wolfe.

Built on the same blockchain technology that powers popular cryptocurrencies like bitcoin and ethereum, NFTs (non-fungible tokens) enable artists and collectors to prove and track ownership of unique digital assets in a way that wasn’t previously possible. The result has been a booming market situated on the art world’s bleeding edge. Last month, Christie’s became the first major auction house to announce the sale of a fully digital artwork by popular crypto artist Beeple.

That same month, Fewocious sold more than $4 million worth of NFTs with two drops on leading platform Nifty Gateway (niftygateway.com)—one in partnership with musician Two Feet and the other in a sneaker collaboration with RTFKT Studios that offered physical shoes to purchasers of their digital counterpart.

Such sums are still mind-blowing to the young artist, who persevered despite a childhood marked by instability. Growing up in Las Vegas, Fewocious ran away from an abusive household at age 12 and eventually went to live with his grandparents, who were not supportive of his passion for art. 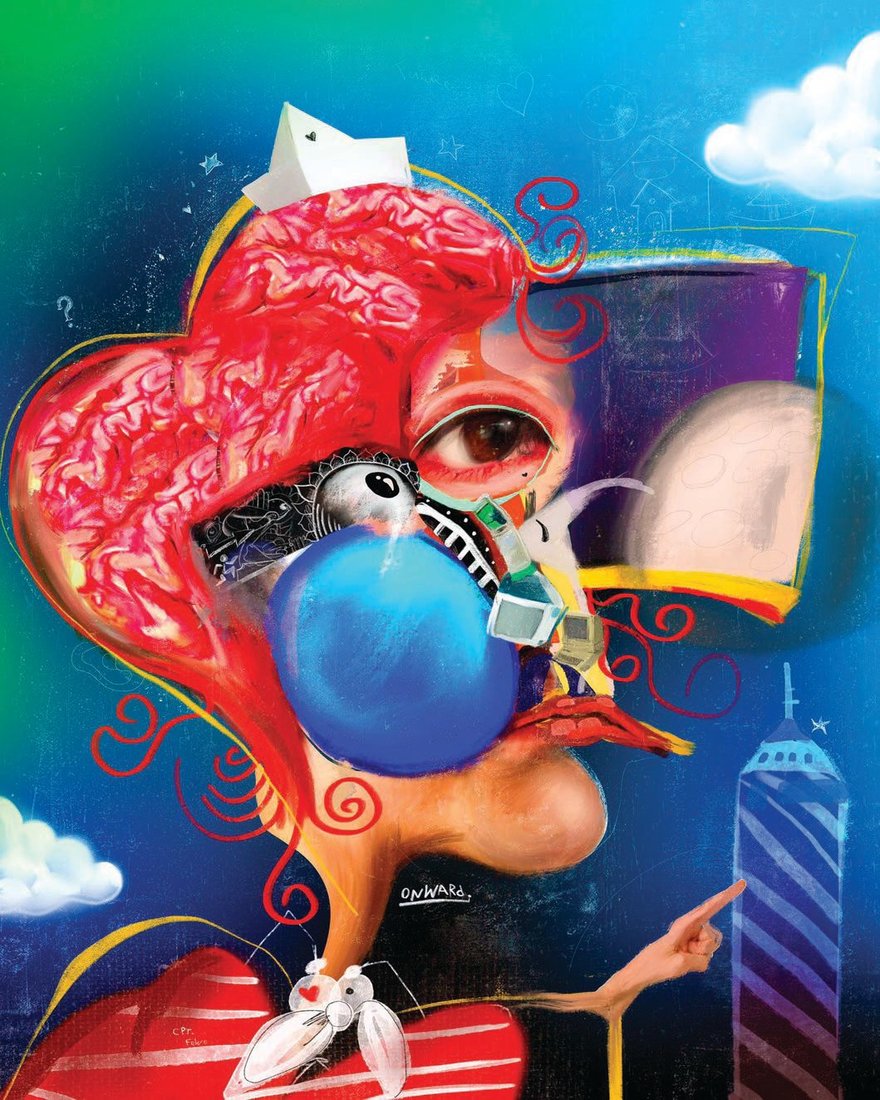 “One time my grandma tried to rip up my artwork,” he recalls. “So when I turned 17, I had this little journal called Fewo’s Plan to Take Over the World, and it was like, ‘I’m gonna work really hard, bust my butt and sell as many prints as I can.’”

As the new kid at school without a cellphone, Fewocious had no choice but to dive into his craft and hone his creative process. “I would bring a piece of paper to lunch and just draw the entire time so I wouldn’t have to make eye contact.” He dreamt of writing a movie while growing up, so he began writing screenplays for the artistic works he envisioned.

“Before I make an art piece, I like to write what it would look like if it was a movie scene,” he explains. “So I have a Google Doc of all this nonsense… dialogue, where they’re standing, what the camera would be doing, all this stuff, even though it’s just still.”

In March 2020, he was thrilled to sell his first painting for $90 to a New York art collector who turned him on to the growing NFT scene.

“When that painting sold, there was a shift in my personality where I was like, ‘Oh, you can just be yourself?’” he says. “I drove myself a little bit crazy… trying to draw as fast as I could and not really processing my emotions. It was just, ‘How can I make money to move out?’” 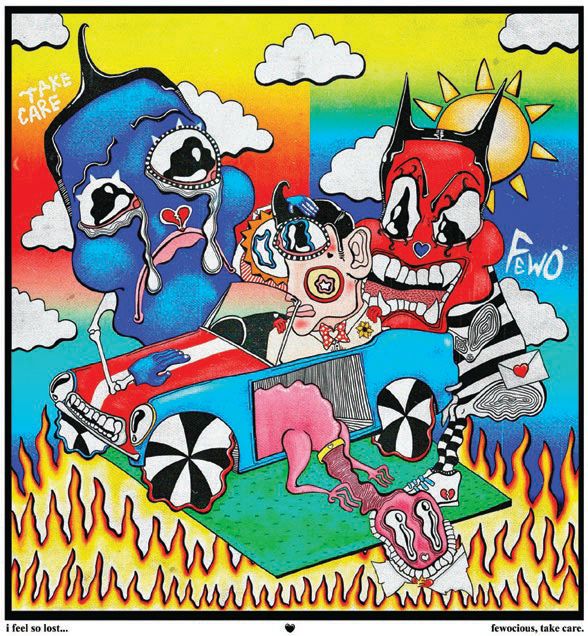 “I Feel So Lost...” was one of Fewocious’ first pieces to sell on SuperRare.

“I ignored it for a day and then replied,” he recalls, laughing. “I got on the phone with him and we were just throwing ideas back and forth. I was like, ‘You send me what’s from your heart, and I’ll do what’s from my heart, and let’s make it mesh. And that’s what we did.’”

Now an ascendant star with financial freedom and plenty of upcoming projects, Fewocious has made good on his mission to move out of his grandparents’ house. He sounds every bit his tender age as he gushes about his new digs in Seattle.

“My house has become an art studio with a bedroom. It’s so awesome playing music as loud as I want, and doing whatever I want.”

Photography by: PHOTOS COURTESY OF FEWOCIOUS