More than a decade after opening Miami's quintessential farm-to-table restaurant and earning acclaim from near and far, chef Michael Schwartz dazzles us yet again with a new Italian bistro. 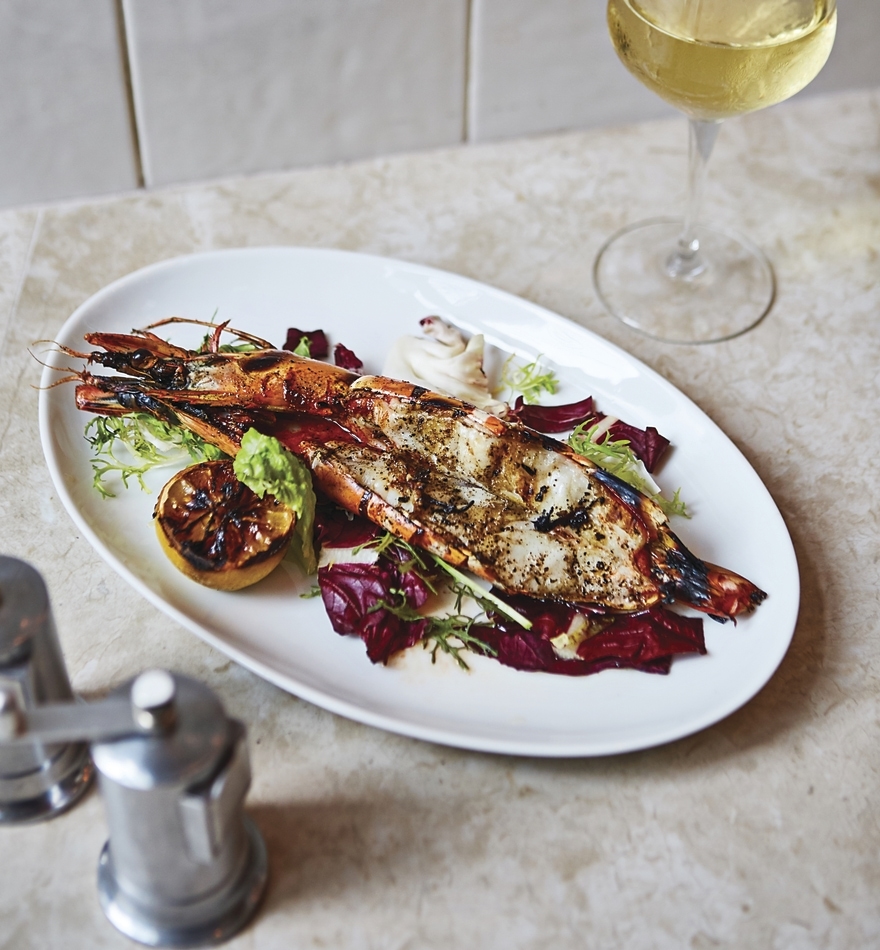 On the face of it, it appears that James Beard Award-winning chef Michael Schwartz has been opening conceptafter concept. In the past couple of years, his Genuine Hospitality Group has debuted a couple of new locations of Harry’s Pizzeria, which has acquired a trademark; a long-term pop-up cafe called Ella designed by and named for his artistic eldest child; and another pair of restaurants: Michael’s Genuine Pub and 150 Central Park on Royal Caribbean ships. But none have been a full-fledged new restaurant located in a brick-and-mortar Miami building, until Fi’lia.

Thus the understandable excitement over the 116-seat indoor-outdoor establishment, located in the lobby of the SLS Brickell Hotel & Residences and unveiled this past November. The place was such an immediate draw that, only a week or two in, buzz about the restaurant was dominating foodie conversations all over the city. For instance, social media friends assured me that Sam’s Chicken Parm (named for Sam Nazarian, chairman and CEO of sbe, the global lifestyle company that manages the SLS) is the real item. True enough: It is a masterful version of the Italian-American staple, with tender pounded chicken breasts smothered in a tangy red sauce, served steaming under a quilt of stretchy cheese. During the run-up to the election, Harry’s Pizzeria regulars were noting that the pizzas were pretty righteous, and I have to agree that the crust of the pistachio pesto version is as crisp as the spine of a new book, and the housemade ricotta is a wonderful just-salty-enough backdrop for the charred cipollini onions. Soon enough, fans were writing in all caps on sites like Yelp to extol everything from the plump al dente corn agnolotti, which is served with a brothy tomato sauce and chunks of sweet lobster, to a finale of Italian ice cream sandwiches, either double chocolate or with an anise cookie crust and spiced pumpkin gelato filling. Those fans are not wrong.

But this “honest Italian” restaurant, as it’s billed, a joint effort between Schwartz’s people, sbe, Related Group and Disruptive Restaurant Group (the company that manages sbe’s eateries), has much more to offer than familiar, if noteworthy, basics. It’s easy to be hoodwinked by the plain-spoken menu, categorized by Schwartz and Chef de Cuisine Tim Piazza according to plate size (an approach that those who are familiar with Michael’s Genuine Food & Drink will recognize). Descriptions are restrained, and if you’re in the mood, you can make a meal from a plain wood-grilled artichoke with smoked paprika aioli (it doesn’t even require sauce) and the restaurant’s rather zesty version of cacio e pepe, a bowl of creamy spaghetti simply seasoned with pecorino and pepper.