Michael Schwartz shows his love for Latin cuisine at Amara at Paraiso with a menu designed to stimulate the taste buds. 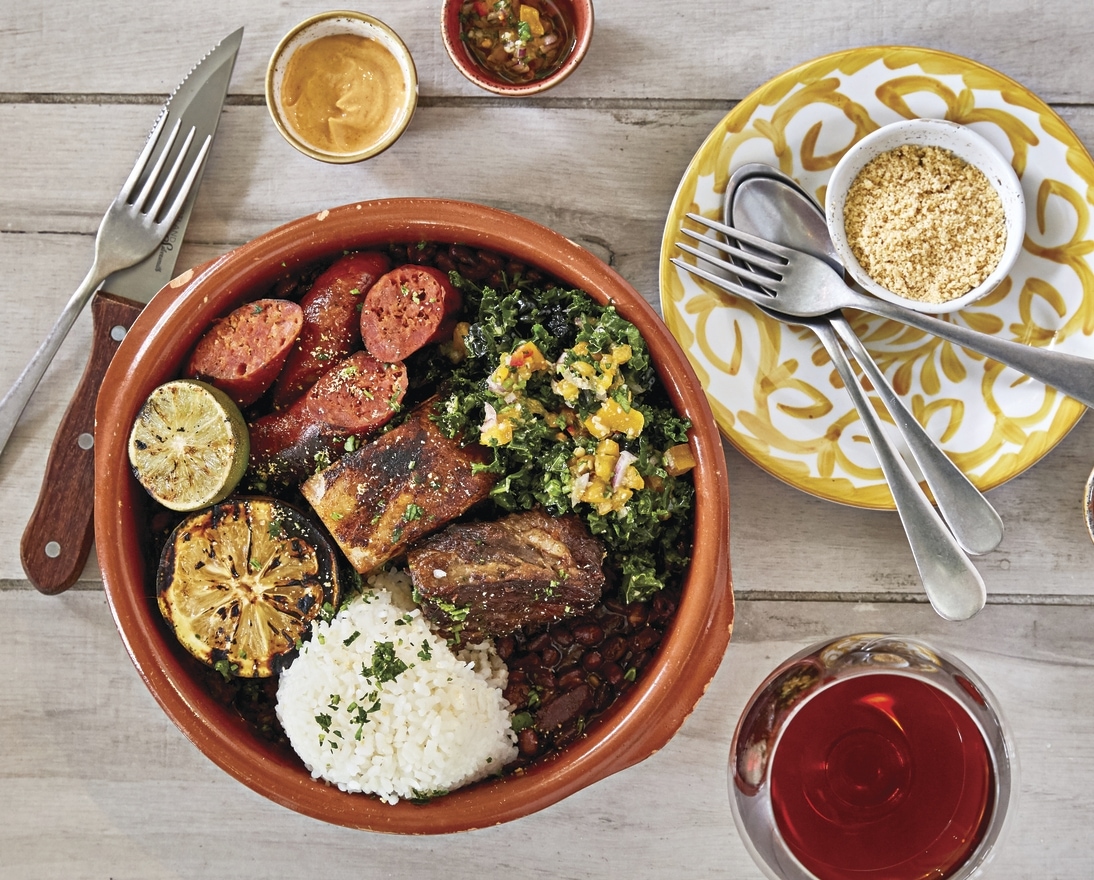 The accumulation of luxury at Amara at Paraiso, chef-restaurateur Michael Schwartz’s latest culinary effort, should impress even the most jaded Miamian. First, there’s the natural wealth of its bountiful bayside location. In addition to serving the general public, Amara is the centerpiece of Paraiso Park, the green space for four condominium towers. It faces east with prime sightlines of neon-lighted South Beach. If you appreciate some pliant yuca cheese puffs, scented with Parmesan and dotted with sea salt, with a glass of Uruguayan Albariño on the deck in early evening, when a slow-rising super moon tempts like a globe of ripe mango, this place is Snapchat gold.

Don’t fret if all the tables outdoors are claimed. More architectural riches, provided by Schwartz’s longtime design support system, Meyer Davis Studio, await inside. On pleasant nights, the staff opens all the floor-to-ceiling glass doors and windows between interior and exterior, and any perceived barriers disappear.

Continuity is helped by a neutral color palette that includes white-washed paneling and natural wood finishes that stretch from inside to outside. Live trees punctuate the rectangular dining room like commas in an overly long sentence, with leaves reaching up from sand-hued planters to the ceiling trusses and occasionally falling into a frothy Nikkei sour made with Japanese whiskey. Although the dimensions of Amara, at 4,500 square feet, approach McMansion size, with a double-wide steel staircase greeting customers in the foyer, two-story ceilings and an open kitchen on one side that is echoed by a sizable bar space on the other, you don’t quite realize it given the warm detailing.

As for the menu? It’s on par with what we’ve come to expect from the James Beard Award-winning Schwartz, who consistently sources locally and seasonally, and his executive chef Michael Paley. Schwartz calls Amara his “love letter” to Miami. The dishes, then, are something like valentines, sent with a grateful nod to the multiple Central and South American cultures that make our city’s collective culinary character vibrant, singular and inimitable. And they strike diners with Cupid’s arrows right where it counts: on the palate.

In other words, if you’re a fan of bland fare, Amara isn’t for you. Even the chilled Atlantic shrimp, which you might think is something like a shrimp cocktail, is actually half a dozen head-on shrimp liberally coated in red Fresno chili paste, freshened by cilantro and tempered with lime. They’re about as close to shrimp cocktail as Payless is to Prada—and as mouthwatering as the latter. The tamest dish we sampled, a chilled mix of snappy grilled corn cut off the cob and tossed with heirloom sungold tomatoes, a smattering a red quinoa for extra texture, and queso fresco, still contains chopped cascabel chili peppers for oomph.