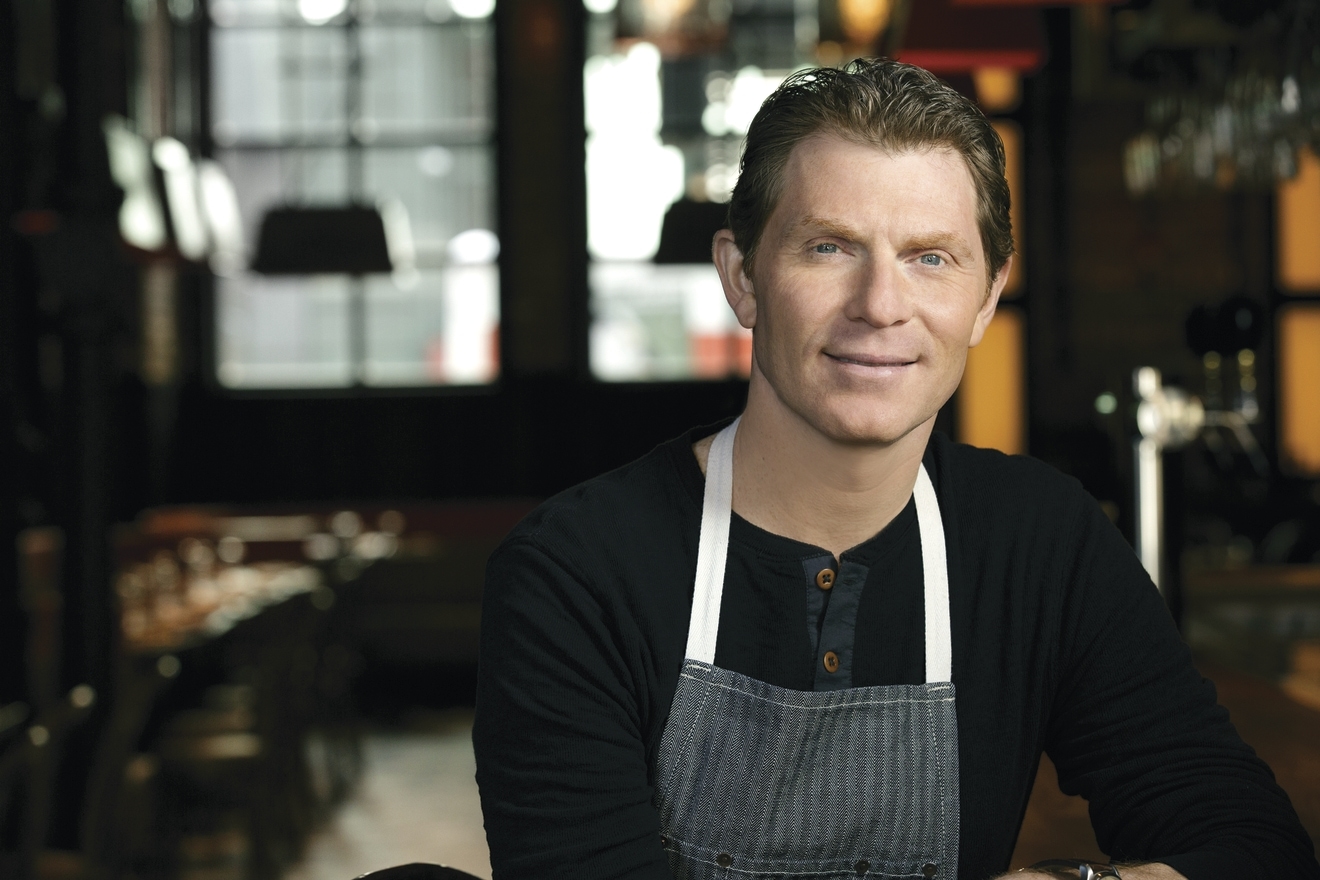 Person of Interest
Though he is the first chef to receive a star on the Hollywood Walk of Fame, Bobby Flay is also being celebrated as this year’s SBWFF Tribute Dinner award recipient because, as his fans will attest, the Iron Chef’s talents go way beyond the world of television (though he has hosted a whopping 14 cooking shows and specials on Food Network and Cooking Channel to date).

At his highly regarded fine dining restaurants in New York, Connecticut and Atlantic City, and Bobby’s Burger Palace locations throughout the country, Flay demonstrates prowess with nearly every level of recognizable cuisine, adding his signature Southwestern flair for effect. The chef’s efforts have earned him numerous accolades along the way, including an induction into the Culinary Hall of Fame. He also recently launched Bobby Flay Fit (Clarkson Potter, $33), his 14th cookbook, which shares the same name as his new fitness-focused web series.

Suiting Flay’s laidback style, this year’s Tribute Dinner format is more movable than ever, as guests will sample dishes from stations manned by some of TV’s favorite celebrity chefs, including Giada De Laurentiis, Alex Guarnaschelli, Michael Symon, Jonathan Waxman (Flay’s mentor) and Miami’s own Michelle Bernstein, among others. Wine pairings will be provided by Treasury Wine Estates, as its managing director and chief executive officer, Michael Clarke, will also be recognized that night, and Y100 radio host Elvis Duran emcees what is guaranteed to be a supper to remember. Feb. 24, 7pm, $550, Loews Miami Beach Hotel, 1601 Collins Ave., Miami Beach