Four new chefs and menus to know about. 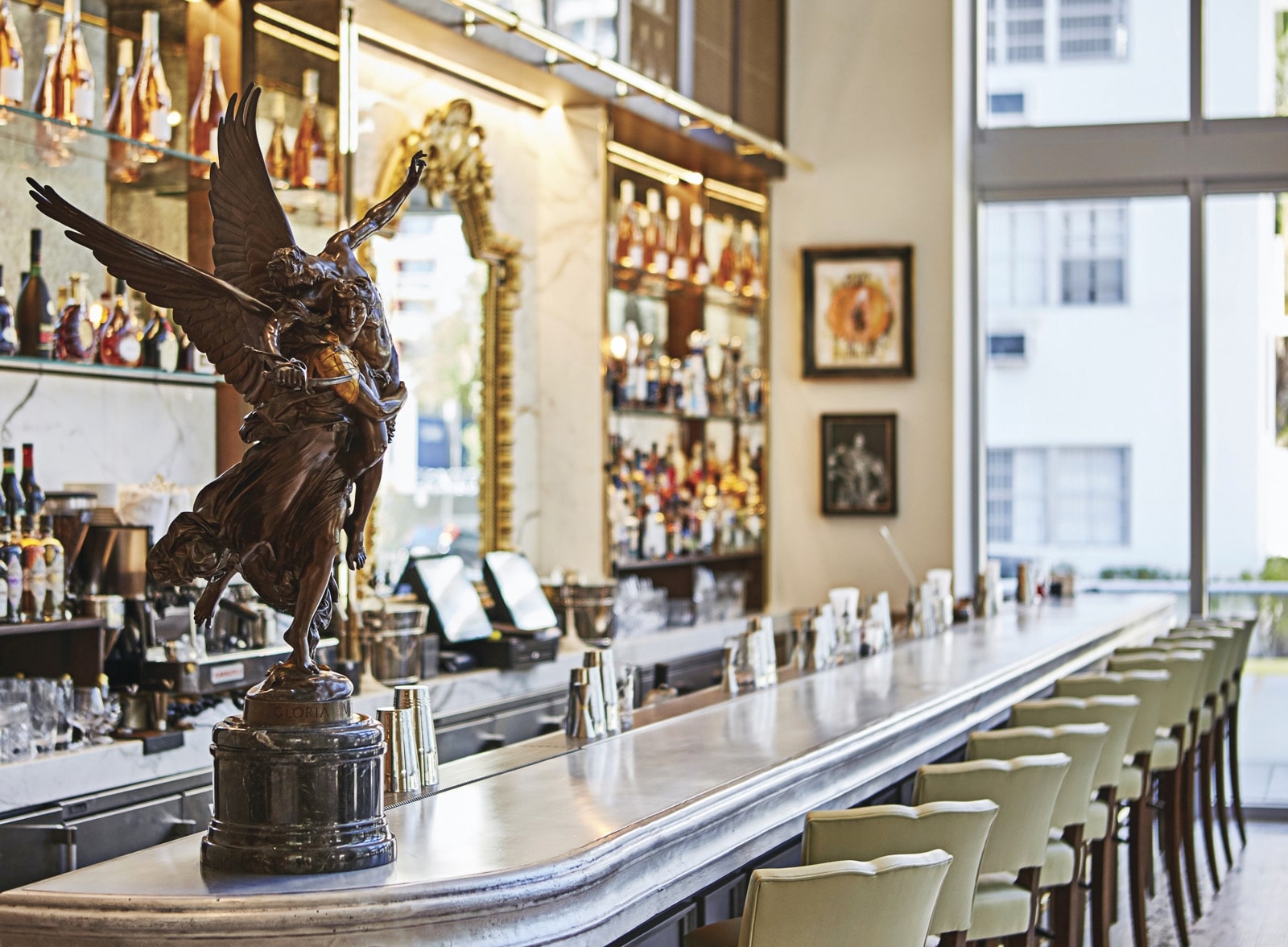 The bar at La Petite Maison.

There’s a new man in the kitchen at 26 these days and his name is Miguel Gomez, but fans of the 100% kosher-certified Nikkei restaurant have nothing to fear. Owner Morris Kaplan promises favorites such as the nitro scallops made with flounder tempura and the corvina lettuce wraps are not going anywhere. Gomez is adding some new flavors, however. Joining the menu is the ceviche aji amarillo, made with catch of the day, leche de tigre, red onion, sweet potato, cancha, choclo and cilantro. As far as new entrees, there’s a whole red snapper with fish chicharron, spicy Asian sauce, napa cabbage and fried rice on the side. 9487 Harding Ave., Surfside, 305.570.2626

True sushi and izakaya lovers know that Dragonfly’s culinary staff always goes the extra mile when it comes to upping the ante on flavor. That’s why the restaurant has revamped the menu with dishes that reveal a keen understanding of umami flavors. Among the new selections is the A4 Australian wagyu tiradito, a seared strip loin with togarashi, charred scallion, onsen yolk and tare. For those who judge food by both flavor and Instagram worth, there’s the seven-piece vegetarian nigiri platter, a canvas of tomato with olive oil, avocado with peppery salt, red bean tempeh with apple chutney, Kaiware sprouts with pine nut puree and sesame seeds, and hen of the woods with mushroom puree. 5241 NW 87th Ave., Doral, 305.222.7447

When French favorite La Petite Maison launches something new, we pay attention. The Brickell spot recently unveiled a new after-work menu available Monday through Friday from 6 to 8PM. Titled Six à Huit, it features regular cocktails, Cocktails du Jour, wines, beer and a number of ingredient-forward dishes, all for $8. The Cocktails du Jour, as the name implies, change every day: On Monday, it’s the Monkey Business, made with 47 gin, fresh lime and a touch of thyme. On Friday, it’s the Fizz des Alps, made with Grey Goose La Poire vodka dry-shaken with elderflower liqueur and topped with smoky ginger ale and a dash of Antica. Available always are drinks like the Peach Mule, a mix of Elyx vodka, ginger and peach served in a traditional mule mug. As far as bites go, options include tapenade of Niçoise olives, crispy baby squid calamari, onion tart with anchovies, burrata on toast, Padron peppers, marinated chicken wings, beef skewers with satay sauce and french fries. 1300 Brickell Bay Drive, Miami, 305.403.9133 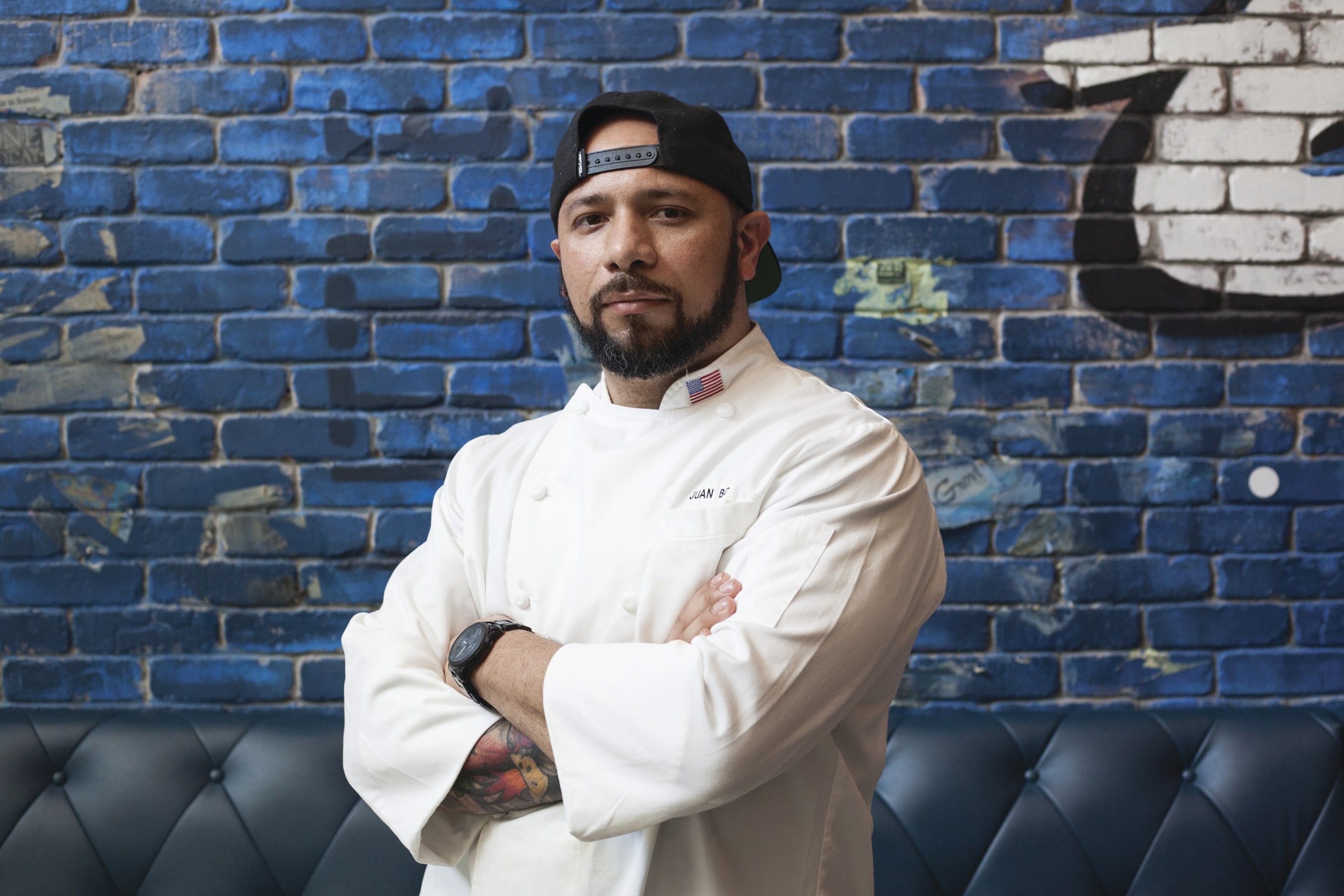 Juan Borjas, the new chef at The Spillover.

Juan Borjas, the new chef at The Spillover, has quite the résumé on him. The man is a graduate of The French Culinary Institute, and he cut his teeth working at establishments like Beauty & Essex, Stanton Social and Le Cirque (all in New York City), as well as the White House during the Obama years. He’s been working with Spillover owner Matt Kuscher carefully for months to ensure they would retain beloved signatures while adding dishes that would enhance the new menu. Borjas’ new standout dishes include a steaming bowl of khao soi-style mussels served in a coconut curry broth and cauliflower popcorn, and Baja-style fish tacos. 2911 Grand Ave., Coconut Grove, 305.456.5723

Photography by: Courtesy of restaurants