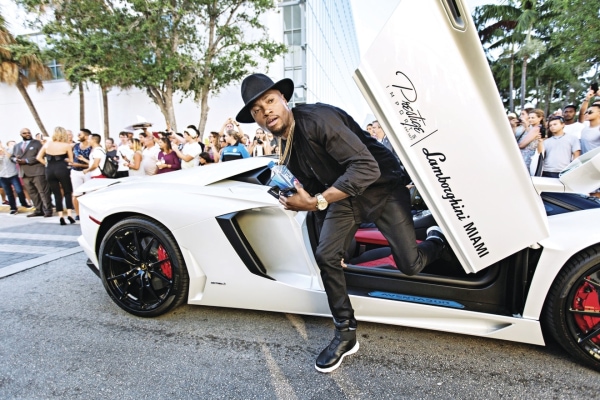 HBO scores a touchdown with the Miami premiere of Ballers.

THE OCCASION Miami may not see too many red-carpet events, but one wouldn’t know that by the smooth way the pros at HBO pulled off the season two premiere of Ballers, a Miami-set series about the world of professional football.

THE CROWD While there were plenty of well-known names at the event, all eyes were on Dwayne Johnson, the show’s lead, who proved to be as gregarious and massive in person as he comes across on screen. Just as engaging was the rest of the cast in attendance, including Troy Garity, Rob Corddry, Arielle Kebbel and Jazmyn Simon.

THE HIGHLIGHTS The night kicked off with the actors arriving at the New World Center in exotic luxury sports cars from Prestige Imports before hitting the red carpet to speak to reporters and sign autographs for fans. Those lucky enough to make it inside the NWC enjoyed a preview of the first two episodes of the season. After the screening, the party continued at River Yacht Club where a fleet of VanDutch yachts served as a backdrop to a live performance by hip-hop star Future. –Michael Muzquiz; photography by Getty Images & Jane Kim