Game of Thrones' Jaime Lannister is a savage, ruthless and terribly handsome beast. So why would actor Nikolaj Coster-Waldau be any different? 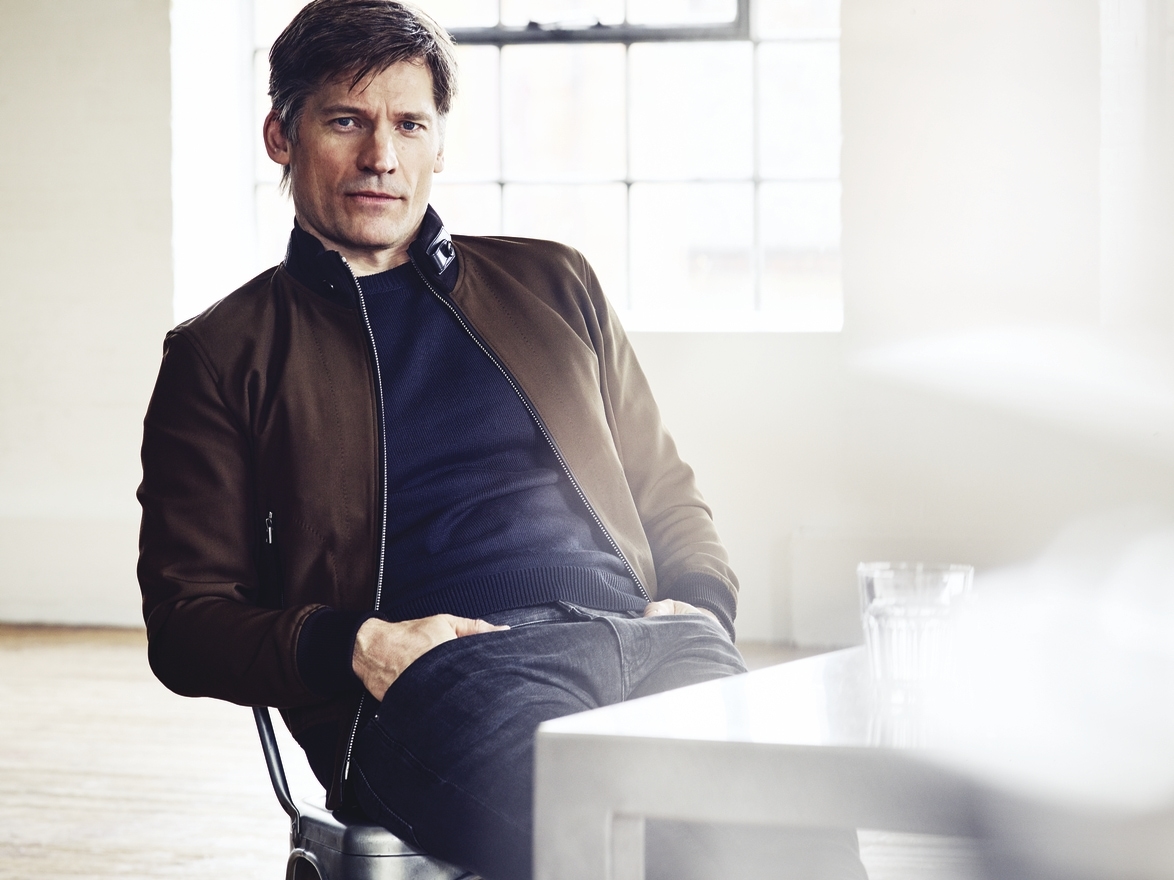 Over the past decade, the man you see in this photo has thrown a kid out of a tower window, sired three children with his twin sister, killed his cousin and a king, and stabbed a guy through the eye. There’s more, but you get the gist. Jaime Lannister, aka the Kingslayer—a central character in the multiaward-winning series Game of Thrones, which premieres its eighth and final season April 14th on HBO—is a miserable SOB.

That is the greatest compliment you can give Nikolaj Coster-Waldau. Especially since off-camera, he is so... so... not Jaime. This afternoon, the 48-year-old actor has recently finished a lovely forest walk home with his teenage daughter Safina just north of Copenhagen. “My oldest daughter, [18-year-old actress] Filippa, is on a skiing trip, and my wife [actress and singer Nukâka] is in Iceland doing a show.” Aside from being a loving father and husband, Coster-Waldau was recently credited as the highest fundraiser for crowdsourcing efforts by the United Nations Development Programme, where he serves as a goodwill ambassador, raising money for climate change and gender equality, among other cherished causes.

So, yes, Coster-Waldau is living the furthest life you could imagine from his alternative world of Westeros, where Lannister has defined his role with both murder and mirth.

You see, while Lannister commits a fistful of dastardly deeds, the next thing you know, he does something nice: brings his dwarf brother, Tyrion, a sex worker; saves someone’s life—that sort of thing. “There’s more to this guy than you think,” says Coster-Waldau, who’s scored a spate of nominations for his performance. Since 2017, according to London’s Express, he has been one of the highest paid actors on a TV series, earning roughly $2.5 million per episode. “We learn that maybe you can actually do horrible things and, also, at the same time, be an honorable man.” (George R.R. Martin, the best-selling author of fantasy novel series A Song of Ice and Fire, which inspired Game of Thrones, is said to have designed Lannister to explore the idea of redemption.)

For Coster-Waldau, the emotional layers of the character are precisely why he pursued acting in the first place. That, and maybe girls. “As a child, I spent hours imagining being different versions of a 10-year-old boy. Usually, he would win some kind of world championship in some made-up sport. The story would end with being chased by girls,” he says, laughing. The son of a librarian mother and a career military father, Coster-Waldau and his two sisters grew up in the rural village of Tybjerg, Denmark. One day in grade school, his teacher praised him for improvising after a piece of the set fell during a school play. “I thought that was pretty awesome,” he says. Years later, he would be the youngest student to be admitted to The Danish National School of Theatre and Contemporary Dance. “I first met Nikolaj at a Savage Rose concert in Copenhagen. He was sporting a ridiculous ponytail growing out of the top of his head,” says his best friend, Joe Derrick, who has known Coster-Waldau for 30 years. Bad hair days aside, Derrick is not surprised at his friend’s success. “He’s driven like no one else I know. Genuine. Interested in everything. Passionate about life. And he likes to win. He really likes to win.”