How to Get Your Daily Dose of Marvel in 2021 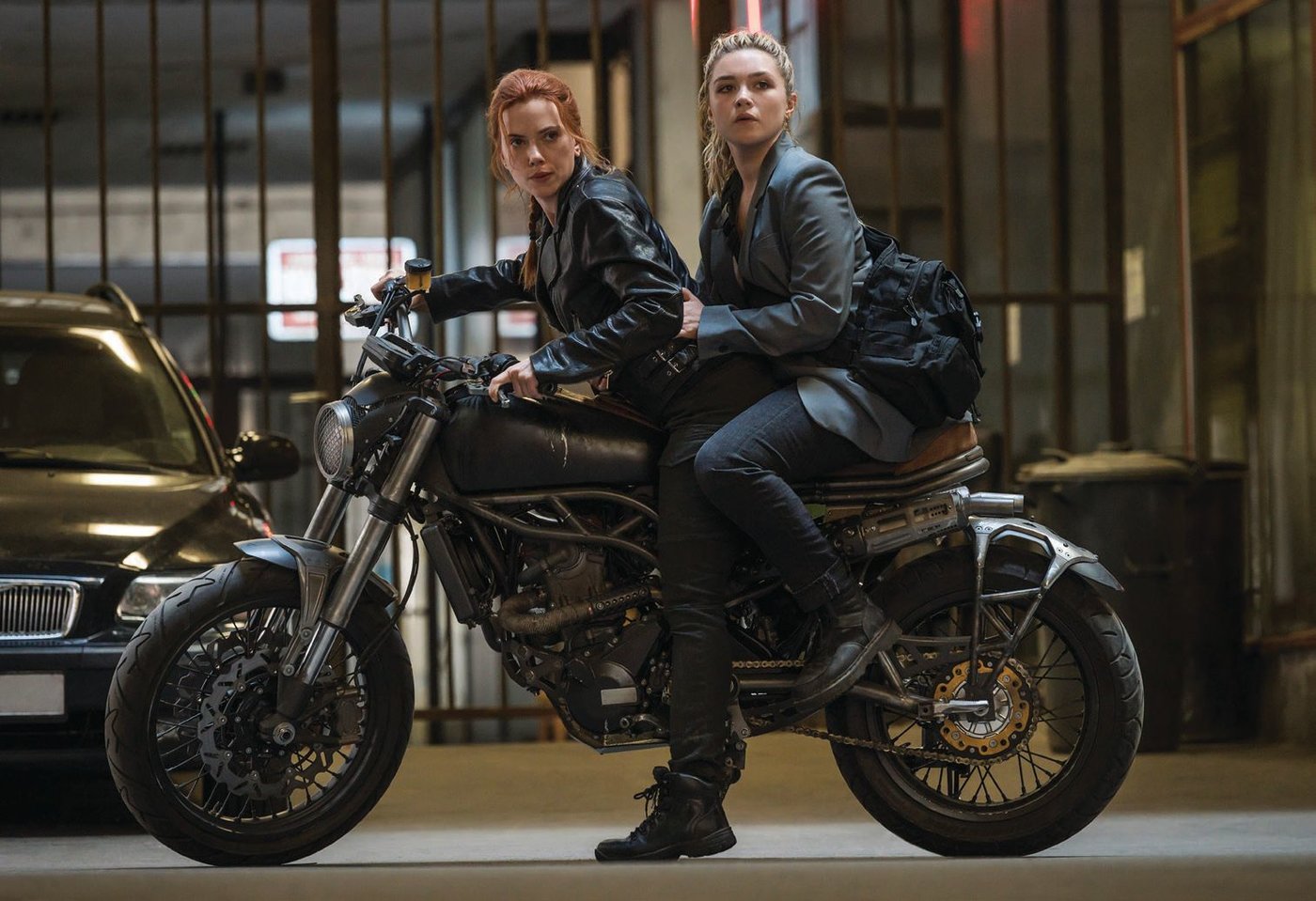 Spider-Man, Black Widow and several other Marvel Studios heroes stand to make an impact in 2021. Here’s what to expect.

In Marvel Comics lore, the universe superheroes like Spider-Man and Black Widow inhabit is oft en known as “the world outside your window.” That phrase has never been more apt for the Marvel Cinematic Universe and its fans than now. After nearly a year and a half without a single new film release due to the COVID-19 pandemic, Marvel is back and busier than ever, thanks to four new films set to debut in 2021, and six television series streaming on Disney+ as well. Barring further delays due to COVID, this is the rundown on how Marvel fans should plan on getting their fix in 2021.

Starring Elizabeth Olsen and Paul Bettany as the titular heroes, Wanda Maximoff and Vision, Disney+’s first Marvel offering wields classic sitcom structure and tropes to tell a story about grief and the power of powerlessness. Having debuted in January, WandaVision is Marvel’s first official in-universe property since July 2019’s Spider-Man: Far From Home.

2. The Falcon and the Winter Soldier

Delayed a full year due to COVID, Scarlett Johansson’s Black Widow stands ready as the first Marvel Studios feature film since 2019. Currently slated for theatrical release May 7, director Cate Shortland’s blockbuster is a prequel set before the events of Avengers: Endgame, telling one last story about Johansson’s founding Avenger and world-class espionage agent. 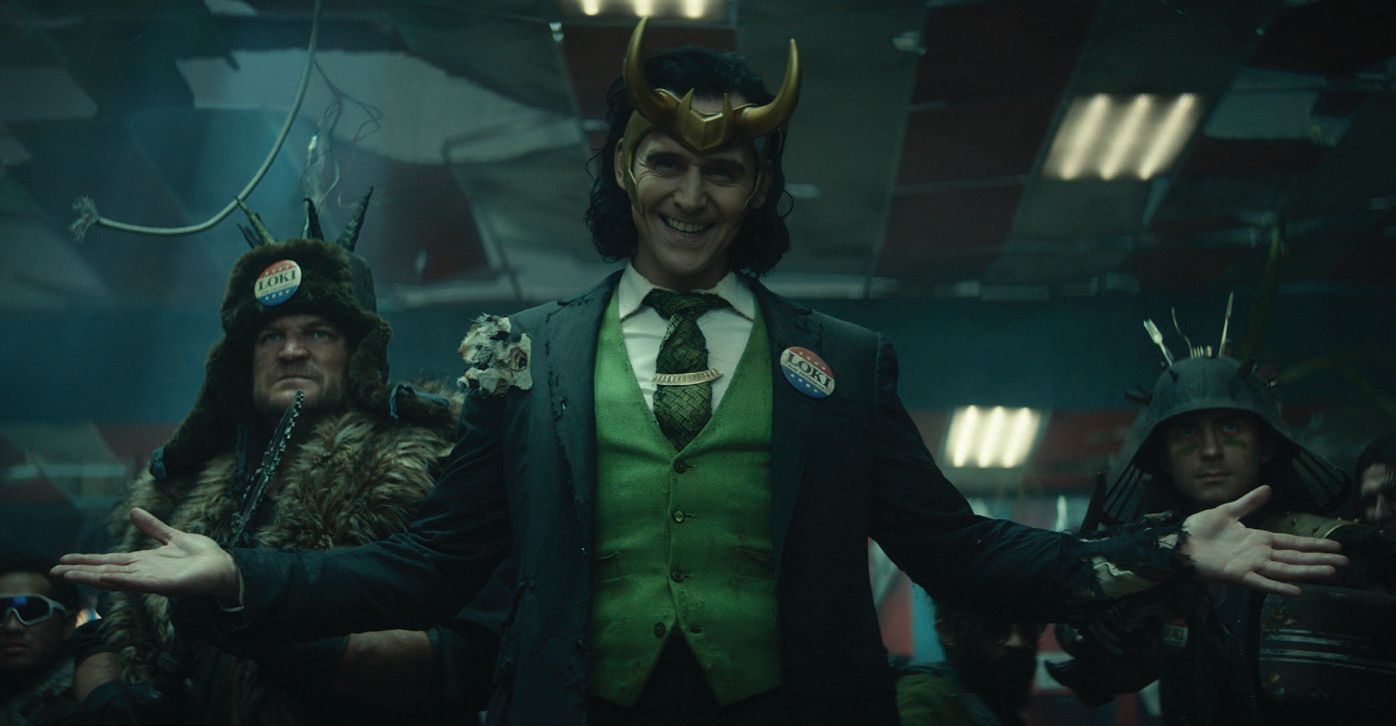 Another thriller in the espionage vein, albeit with a superhuman infusion, Loki sees the return of Tom Hiddleston’s godly mischief-maker, despite his on-screen demise in Avengers: Infinity War. The Disney+ series bows in May and focuses on an alternate-dimension version of Loki who becomes embroiled in a time- and universe-spanning adventure. Owen Wilson co-stars, with a must-see mustache to boot.

5. Shang-Chi and the Legend of the Ten Rings

Marvel’s second planned feature film for 2021 will arrive July 9, introducing a brand-new character to the mythos: Shang-Chi, played by Kim’s Convenience star Simu Liu. The Marvel Cinematic Universe’s first franchise with an Asian actor in the lead, Shang-Chi sees the titular martial artist in a battle opposite Tony Leung as the Mandarin, a classic Marvel villain who was first teased as early as 2008’s Iron Man.

The first animated series from Marvel Studios debuts this summer, and it aims to explore what would happen if certain outcomes changed—such as Peggy Carter (Hayley Atwell) receiving the super-soldier serum instead of Captain America, or T’Challa (the late Chadwick Boseman) flying off into the galaxy instead of Guardians of the Galaxy lead Star-Lord (Chris Pratt). Actors from the Marvel films will supply their voices for this series, along with the pivotal addition of Jeffrey Wright as a cosmic being known as The Watcher. 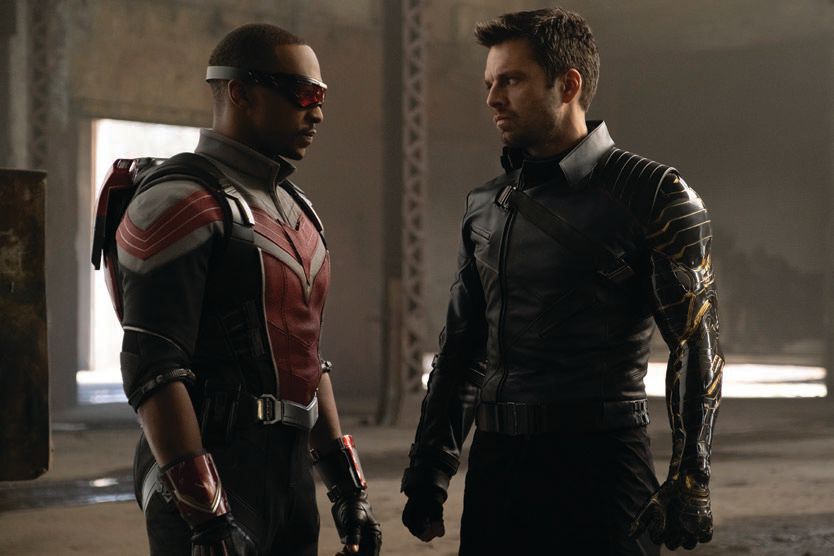 The Falcon and the Winter Soldier is currently streaming on Disney. PHOTO: BY CHUCK ZLOTNICK ©MARVEL STUDIOS 2020

The fifth Disney+ series overall and the fourth one in live action, Ms. Marvel centers on Iman Vellani as Kamala Khan, a young superhero with shape-shifting powers. A relatively recent character in Marvel Comics lore, Kamala stands poised to become a breakout in the Marvel Cinematic Universe, with a promised appearance in the upcoming Captain Marvel sequel. A release date for Ms. Marvel has not yet been announced.

Currently slated to land in theaters Nov. 5, The Eternals comes from filmmaker Chloé Zhao and focuses on a diverse lineup of (wait for it) eternal beings. The star-studded cast includes Angelina Jolie, Salma Hayek and Game of Thrones veterans Kit Harington and Richard Madden, and is said to be one of the most visually dazzling Marvel movies yet. 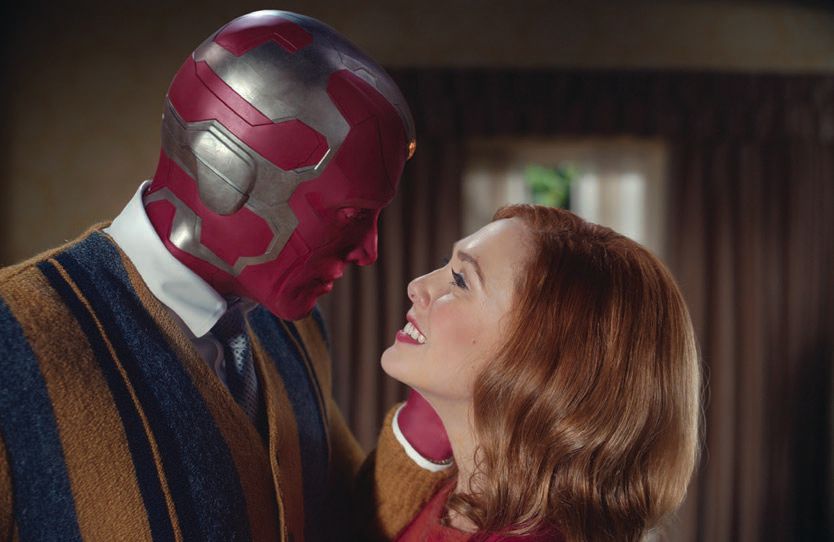 Jeremy Renner’s arrow-slinging Avenger stands front and center in his very own Disney+ project, said to arrive near the end of 2021. The series will feature Dickinson star Hailee Steinfeld as Kate Bishop, a young archer who assumes the Hawkeye mantle in the comic books, and will likely do the same in the Marvel Cinematic Universe.

A coproduction with Sony Pictures, Marvel Studios’ third Spider-Man film, Spider-Man: No Way Home, debuts with tons of intrigue. Tom Holland’s next turn as Peter Parker will include several familiar faces from previous Spider-Man movies, not to mention an important role for Benedict Cumberbatch’s Doctor Strange.