With his Home4Home initiative, Miami developer Andrés Klein is giving hundreds of impoverished families in Latin America the ultimate gift: a place to live. 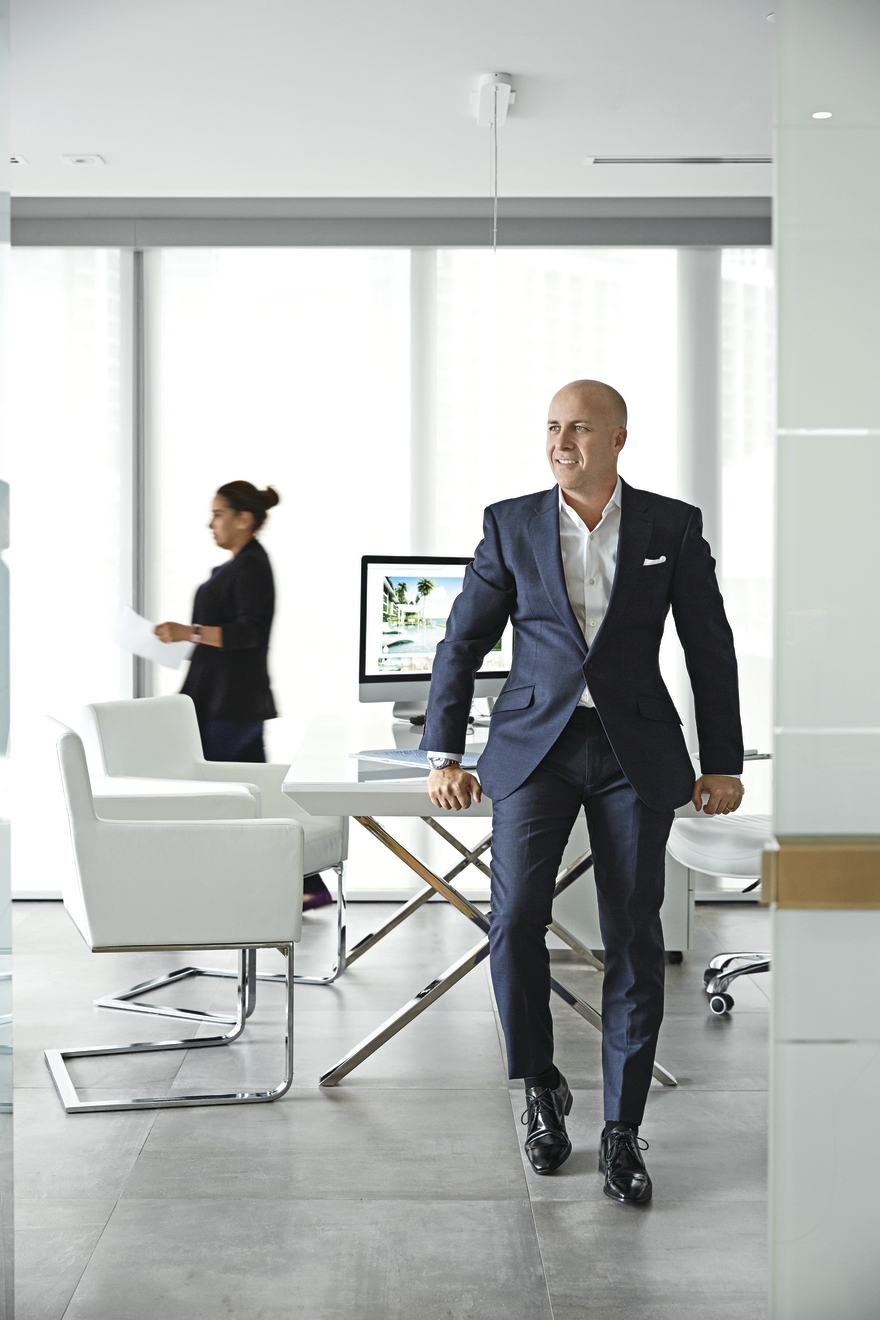 Developer Andrés Klein at the headquarters for BH Investment Group

THE PREMISE SEEMED so obvious that Andrés Klein, the Argentine-born founder and president of BH Investment Group, was surprised to learn he was the first person to come up with it. He thought, “If Toms can donate one pair of shoes to an impoverished person for every pair purchased, why can’t developers like myself in Miami do the same with homes?”

Klein got the idea after serving two years on the board for Techo, a nonprofit founded in 1997 comprised of hundreds of thousands of volunteers who have built more than 100,000 homes for impoverished families in 19 Latin American countries. This summer, Klein, in partnership with Techo, created and exclusively funded Home4Home, a one-to-one giving program inviting developers to offer a unique, impressive incentive to buyers.

The premise of the initiative is rather straightforward: Developers advertise the program in their sales materials and, after closing on single-family homes or condos, they notify Techo. Buyers then decide where the gift homes will be built and, after completion, they receive photos and thank-you notes from the beneficiary families so both parties can stay in touch. Developers and homeowners are also welcome to join Techo builder trips, where they help assemble 250-square-foot pre-fab structures alongside the families that will eventually inhabit them.

“It’s a small home, but it makes a huge impact on the lives of those who receive it,” says Klein. “It’s an amazing way to give back.”