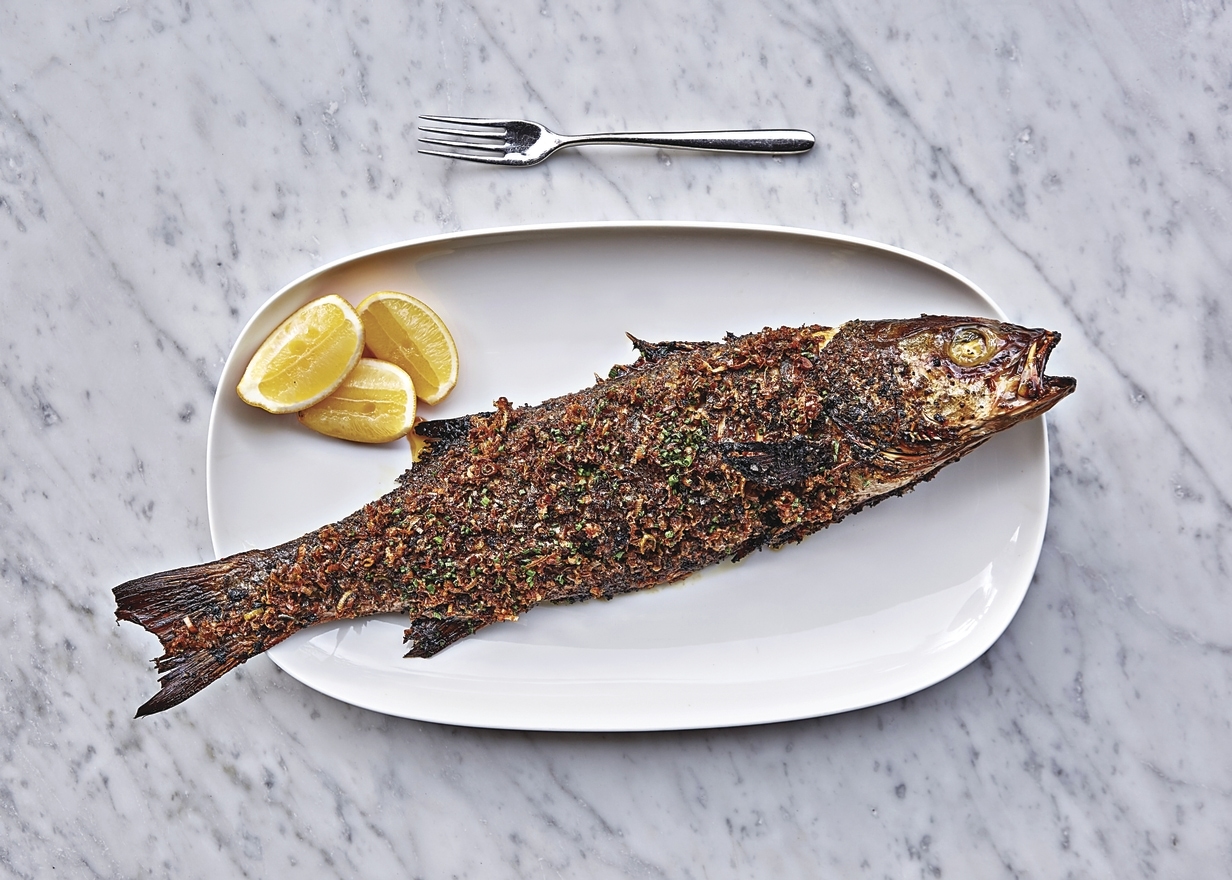 If you’re in favor of homey, reassuring flavors and familiar, comforting combinations, it’s probably best to stay upwind of Upland. The latest Stephen Starr bistro to debut in Miami Beach, Upland features dynamic Cal-Ital fare wrought by Executive Chef and partner Justin Smillie. If palates were Myers-Briggs personalities, the ones to most appreciate at this place would be Dynamos, Champions and Visionaries; Caretakers, Healers and Counselors might have a harder (but not impossible) time searching for something safe.

That’s because Smillie, who has served under some of the most renowned chefs of our time, has become known for his unapologetic, full-bodied food. Even relatively plain dishes, such as the cacio e pepe, a simple bucatini roughened with cracked black pepper and freshly grated Pecorino Romano, offer sting and tang in each bite.

Located on the edge of South Beach in the South of Fifth neighborhood, Upland is named for the San Bernardino County town in California where Smillie grew up. The Roman and Williams-designed establishment, with decor that pays homage to its older New York City sibling, hints at what to expect via the LED-lighted jars of preserved lemons and artichokes that line the walls. No false advertising here, either: These two ingredients do, indeed, combine into a crispy vegetable side dish, and you’ll also find a distinct lemon-y edge to other menu items, including the wood-fired grilled Florida prawns, the confit-like duck wings and the smoked and roasted branzino for two—and yes, do take this “for two” notification as seriously as Smillie takes his seasoning, as this is a large specimen.

That citrus touch is also found in the cucumber salad, which is something of a misnomer. The salad is a lovely presentation with long, planed English cucumbers curled in place like locks of an actress’ hair at an awards show red carpet. But it’s less about the fruit of the vine than it is about what’s both underneath it and hidden within it. A puddle of homemade ricotta, laced with the amber of olive oil and salted like a frozen Northeastern street, is the base layer; throughout, coins of Castelvetrano olives and vinegary boquerones, or white sardines, add different salinities and pungencies. Every layer is also speckled with a double take of black pepper and poppy seeds.

This dish is matched in love-it-or-leave-it intensity by the beautifully composed, catalogworthy little gem salad, which lays out more of the cucumber on top of long, whole leaves of light green romaine. Shavings of ricotta salata and an acidic walnut vinaigrette, which cuts through the residual fattiness left by both cheese and nut, turn what could be a Caesar into something infinitely more interesting.