Through her No More Tears foundation, Somy Ali helps thousands of abused women and children escape the fate she once thought was her own. 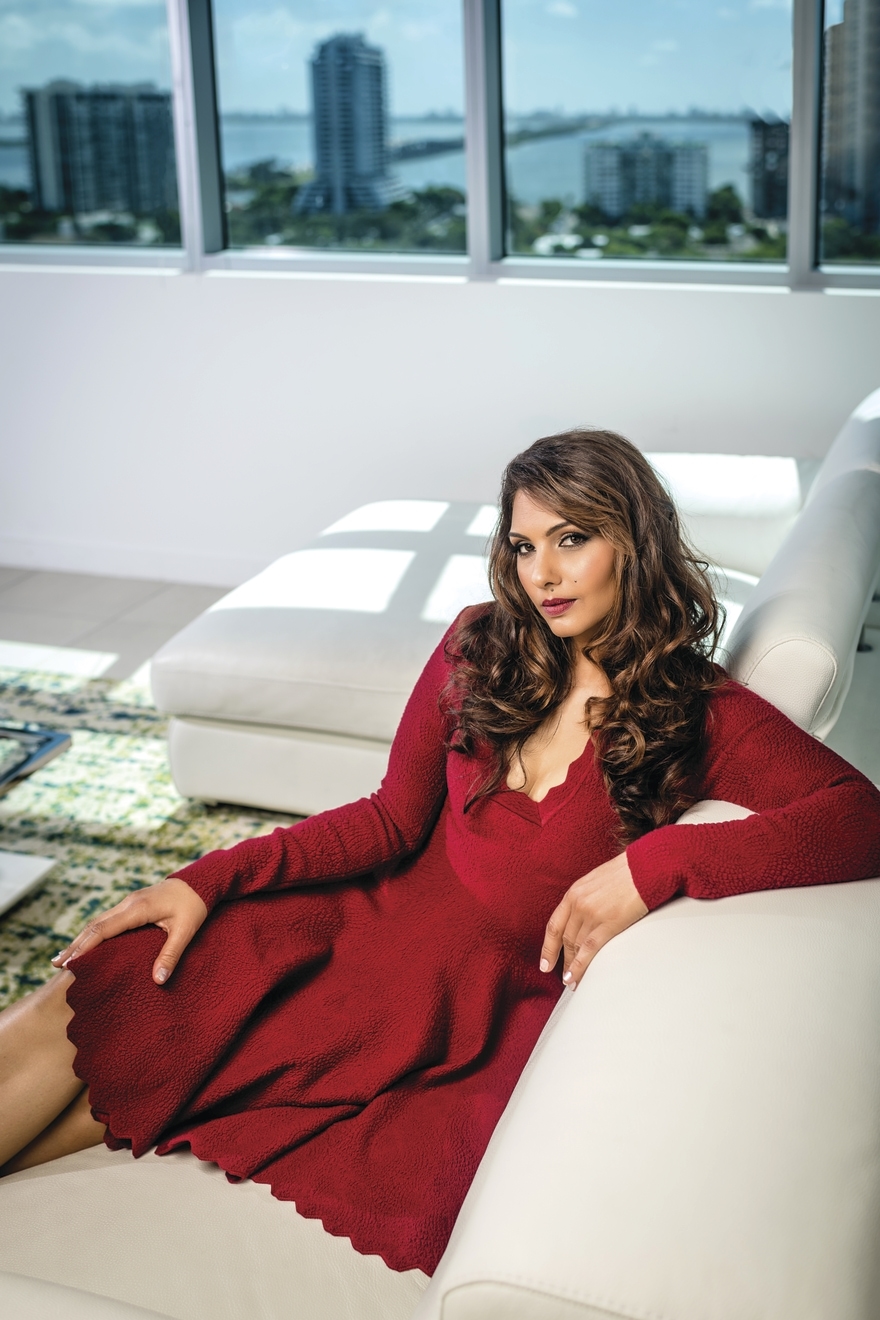 Miami transplant Somy Ali is a dedicated activist in the global fight against domestic violence and human trafficking.

Somy Ali, a former Bollywood actress turned filmmaker and fashion designer, has been spat on and threatened at gunpoint, but nothing stops her from helping victims of human trafficking and domestic violence worldwide. “These people have no support,” explains the founder of No More Tears, a nonprofit based in Miami. “They have no way of getting out.”

She would know: Ali was exposed to systematic abuse during her childhood in Pakistan and India. She recalls seeing her mother being beaten, only to be told that such was the fate of all Muslim women. When Ali herself was abused and bullied, she was warned not to tell anyone or risk being socially ostracized. “I was told no one would want to marry me,” she says. “It’s like re-victimizing the victim. The stigma is universal.”

Ali saw that for herself shortly after she moved to South Florida in 2006 at age 24 after completing her film studies in New York. She still recalls the day her Bangladeshi neighbor knocked on her door, bloodied and scared, and told her how her husband had been abusing her for 11 years and her father-in-law had attempted to rape her. After helping the woman escape her tormentors, seek legal aid and start a new life, Ali began work on No More Tears, which is celebrating 10 years of helping women and children (2,600 and counting) in abusive family situations this fall. On Oct. 1, the organization will host its inaugural Heart in Hand Awards ceremony, a fundraiser for NMT’s efforts that will also recognize locals like Belkys Nerey, Sarah Arison, Rebecca Fishman Lipsey and Tere Blanca for their involvement in various causes close to Ali’s heart. Before that, sometime this month, Ali also plans to launch her eponymous foundation, whose chief goal is to eradicate hunger and promote education for low-income children in Pakistan, India and the United States.