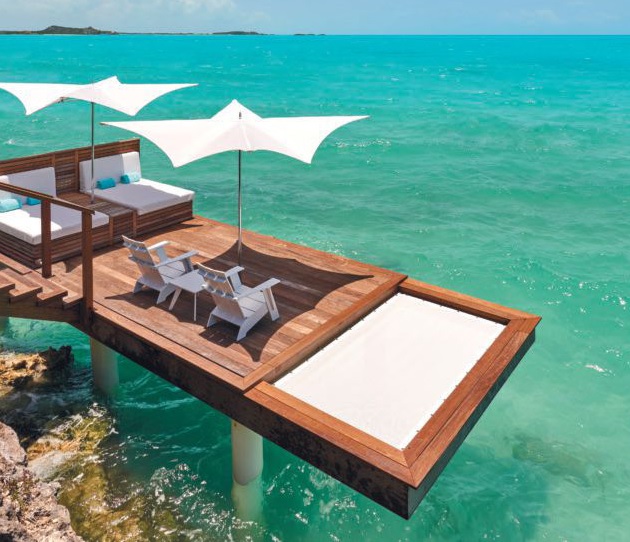 Influenced by his experience as a marine rigger blended with his in-depth knowledge of outdoor furniture, Dougan Clarke set out to design marine-grade umbrellas built to withstand the most demanding environmental conditions but also retain an artful flair. Born and raised in South Florida, Clarke spent his teenage years at a small boat shop with mentor Fred Herman, learning to grind fiberglass, weld, work with canvas and create jigs. Ten years later, Clarke launched TUUCI (tuuci.com) at the same boat shop with the help of Herman, who not only provided the space but also a saw, drill press and a sewing machine. The 300-square-foot workspace became the birthplace of what would become an international manufacturer of shade structures with more than 400 employees, expansions across Asia, South America and Europe, and the who’s who of clientele from well-heeled individuals to notable restaurant and hotel clients such as The Ritz-Carlton and Starbucks. Revolutionizing the traditional umbrella, Clarke’s prototypes are celebrated for their artful forms, featuring unique yet functional canopy shapes that seamlessly blend into the background. They wind tunnel test for quality and function and use the finest materials like premium teak, pure stainless steel, proprietary marine-grade aluminum alloy, automated telescoping lift systems and integrated heating and lighting. TUUCI parasols and cabanas can be found shading resorts and companies worldwide.

Photography by: Courtesy of Unsplash