In Conversation With Artist Xaviera Simmons 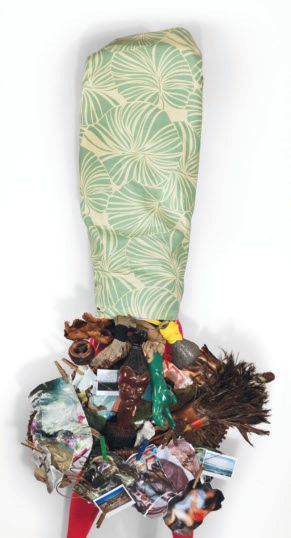 “I have a pretty clear voice,” Xaviera Simmons says halfway through the interview, and her statement is incontestable. Having a conversation with the artist is a powerful, challenging exercise. Arguably it is akin to standing before one of her many paintings, wherein the stunning force of words ranging from “reparations proposals” to “bathed in glistening golden light” jump out and retreat in equal beats. “Her work doesn’t ask the viewer simply to enjoy but also to engage—to ponder questions about greatness; landscape and the lacunae in historical narratives from ownership to slavery to the female body; to the theft of words and to the reclaiming of these; to the color palettes of great artists before her, transformed into some of her newest works,” explains David Castillo, whose eponymous Miami gallery has shown her creations since its inception in 2005. (He will have her photographic work and text paintings on view in his Galleries Sector booth at Art Basel Miami Beach 2021, and they will collaborate on numerous projects and solo shows in 2022 and beyond.) 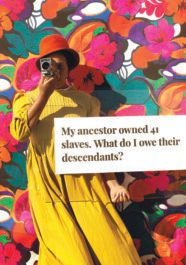 Miami has long been smitten with Simmons. ICA Miami has her work in its collections, as does The Rubell Family, The de la Cruz Collection, the Pérez Art Museum Miami and The Bass. And in spring 2022, the African Heritage Cultural Arts Center will unveil her sculpture designed for the building’s facade. “I think the layers to Miami are constantly unfolding,” she says. “Like any other city, it’s learning it has to make repairs and take care of its people.” 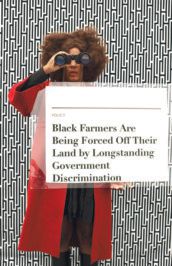 It is plainly obvious why Modern Luxury chose her to be the guest editor of Art Basel magazine. (Pick up the issue for an in-depth feature delving deep into Simmons’ background.) In turn, she says she saw the role as a “life-changing experience” and an opportunity to not only involve dozens of her contemporaries but also to propose her desires for systemic shift at a delicate moment in time: “It was critical. There was the pandemic and the revolution on the streets and the witnessing. The pandemic was traumatizing and hurtful in terms of the people we lost and the chaos ensuing, but I also want to show respect to the way we were able to take stock of where we were collectively and see some of the changes we need to make as a group of people who live together on a piece of land that was not our land to begin with. All the awarenesses we built up—I do not want those to fade away. Each one of us has to pause and look at the environment we’re living in. What are the conditions of our neighbors and the communities next door?”

“Even in the variations, the division of pleasures help situate us to advocate for” (2021), all by Xaviera Simmons. PHOTO COURTESY OF XAVIERA SIMMONS AND DAVID CASTILLO

When asked what she is working on currently, Simmons first responds with silence. She works in so many mediums it is nearly impossible to track. And often they merge into one another, like sculptures designed to appear in photographs or on a web-based production, sometimes made of objects that took years to gather. “A living artist can’t tell you all the things they’re doing in this moment because they’re so involved,” she finally responds. “At any given time I have probably 10 exhibitions going up or coming down. But I’m trying to make space to just simply think and be. I have to keep opening channels to reflect.” In other words, discourse is imminent. 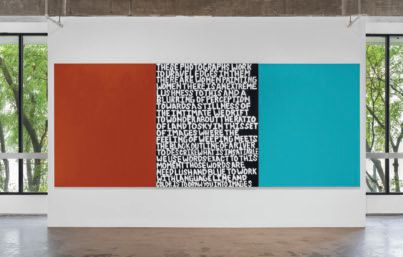