Jennifer Hudson Enchants, Engagesand Sings to the Rafters in the Holiday Movie of the Season 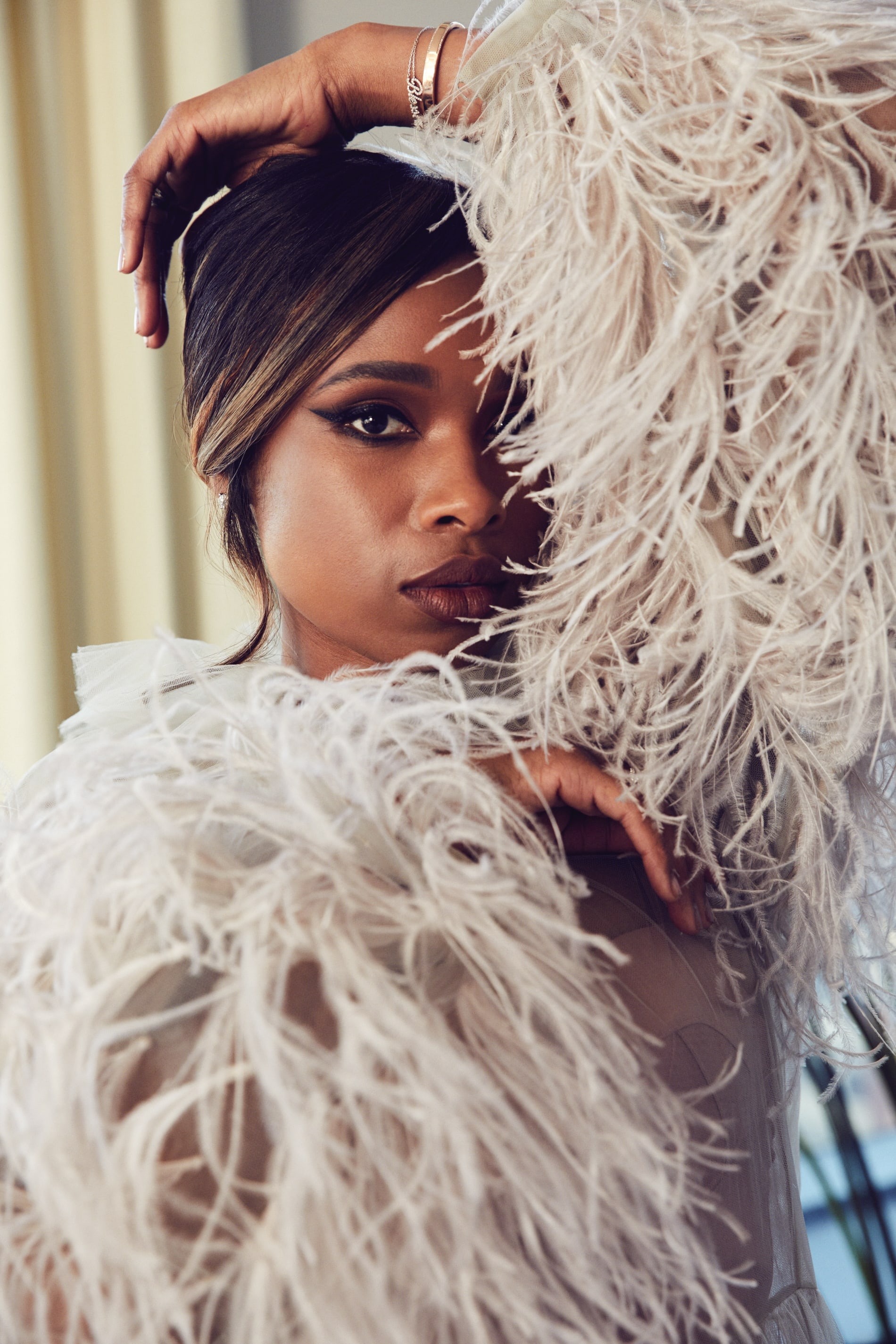 Jennifer Hudson, emotion is everything. It’s how she breathes life into a character. It’s how she makes a song explode. And it’s why—since Hudson was a child—people are drawn to her talent like a moth to a flame. Well, wait until you see her newest film.

This month, the actress and singer stars in Cats, the much-anticipated Universal Pictures movie based on Andrew Lloyd Webber’s Tony Award-winning smash-hit Broadway musical inspired by T. S. Eliot’s Old Possum’s Book of Practical Cats, a collection of poetry. The story circles around the Jellicle tribe of cats competing to ascend into the Heaviside Layer, a sort of cat heaven and a shot at a new life (you know, cats have nine lives and all). Directed by Oscar-winning Tom Hooper of Les Miserables and The King’s Speech, the cast is epic: Dame Judi Dench, Ian McKellen, James Corden, Francesca Hayward, Taylor Swift, Idris Elba and Jason Derulo. The star power was not lost on Hudson, who considers shooting a scene with Dench and McKellen a highlight of her career. “Watching them have a conversation—it always sounded so fancy,” she says, laughing. “They are royalty, like actual royalty.” Dench felt similarly of Hudson. “She has the most sublime voice,” Dench says. “I only wish we had many, many more takes to do—I am sure she doesn’t wish that! I feel very lucky to have had the privilege of working with her.”

Hudson plays Grizabella the Glamour Cat, a former feline beauty who is now older, mangier and painfully lonely. “Every time she appears onstage, you wonder, ‘What’s her story? What happened to her?’” Hudson says. A climax—arguably the core—of the film is Grizabella’s plea to be chosen through the song “Memory.” “I can’t say singing it was easy,” she says. “I was excited, but also thinking, ‘Oh, my God, this is an iconic song.’” You can say that again: Barbra Streisand, Barry Manilow and Johnny Mathis have all put their stamp on it, not to mention Broadway heavyweights Betty Buckley and Elaine Paige. Hudson nails the song. Come on—that face. Those pipes. The feeling. “It definitely was more of a mental, emotional preparation,” Hudson says. “There’s no dialect. Everything is in song. Whatever Grizabella feels in the moment, it just comes out. She makes you want to understand her, root for her. She brings the heart.”

Ahem. Are we talking about Grizabella or Oscar winner Jennifer Hudson here? For those unfamiliar with @iamjhud, the 38-year-old Chicago native’s life has been blessed, agonizing and inspiring—to put it mildly. She hit the limelight in 2004 as a finalist on American Idol, but, long before that, lines were forming at her church to witness the massive vocal range and power of the young tot’s voice, which belied her elementary school age. “One of my great-aunts called my family and said, ‘There are a lot of people in the family who can sing, but Jennifer has a gift. They have talent; she has a gift.’” Hudson noticed things too: “I would see how my voice affected my peers and teachers. People took a liking and invested in me. That’s when I realized what I really had—an impact, which becomes a responsibility, you know?” 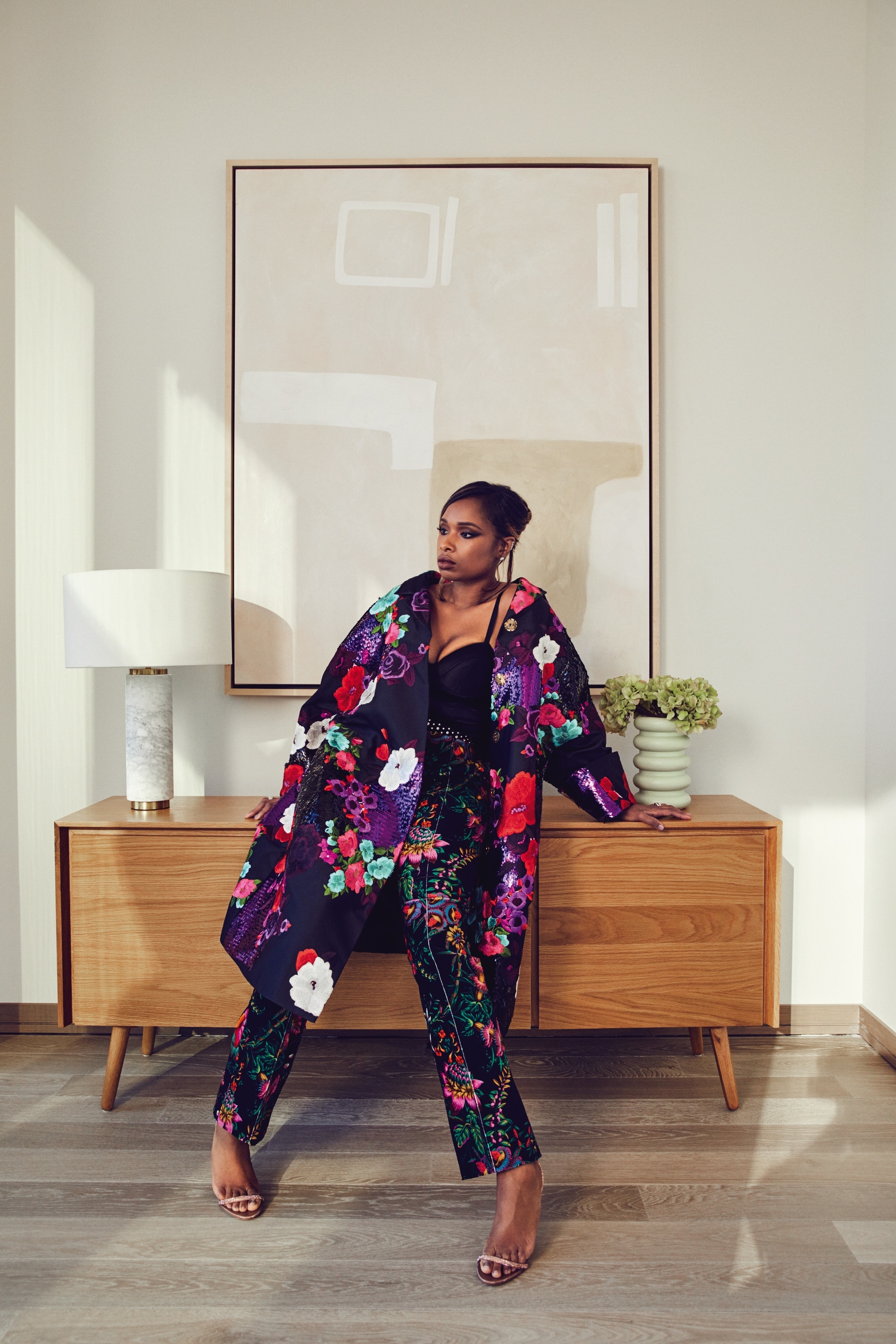 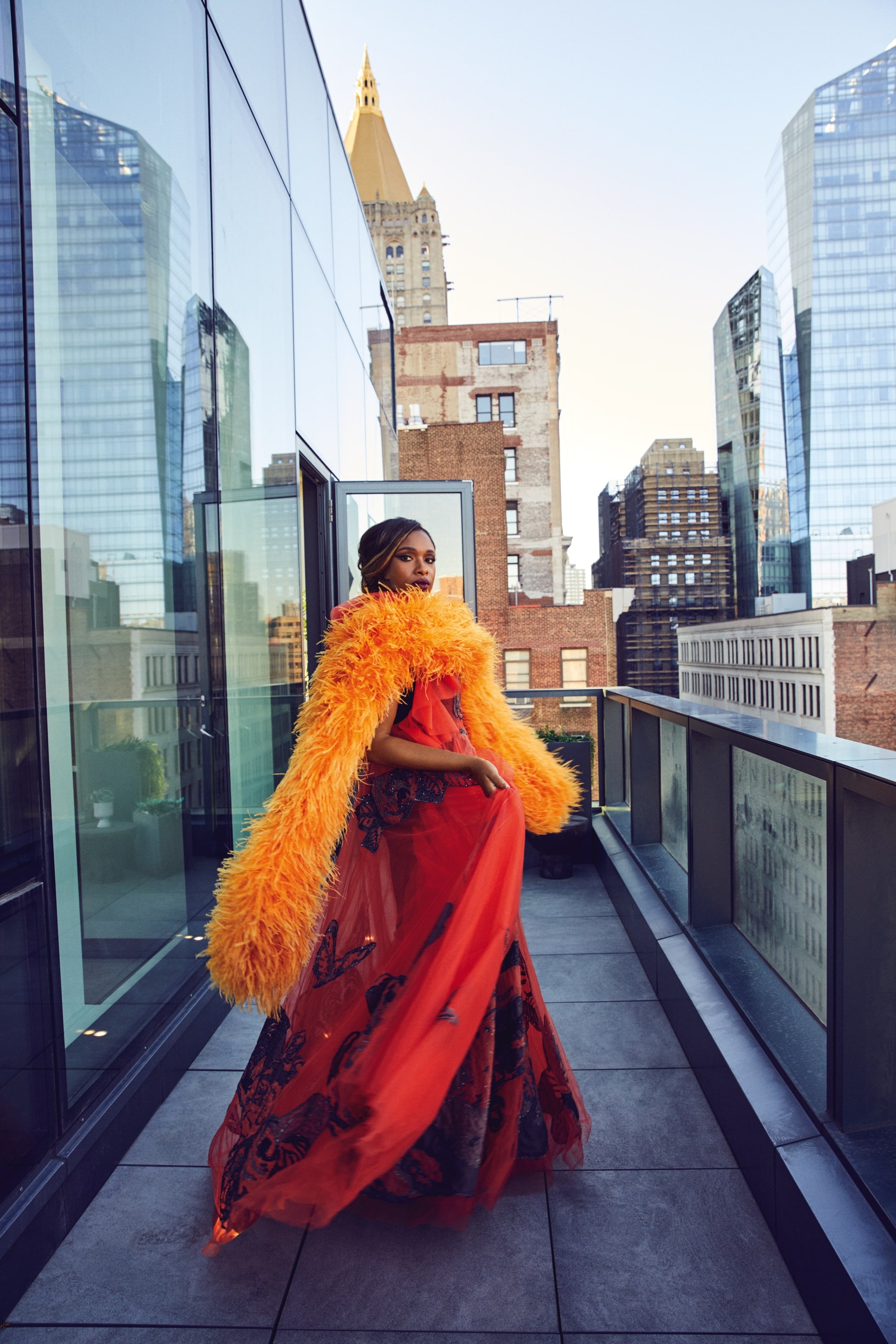 The singer grew up in Englewood on the South Side of Chicago as the third and youngest in her family. After graduating from Dunbar Vocational High School, Hudson pursued college and sang professionally on a Disney Cruise Line. Then came the big premiere on American Idol. She didn’t win; she placed seventh. But, for the doe-eyed singer with the gentle smile, it was the beginning—not the end.

Soon after, Hudson beat out hundreds of performers to play Effie in Dreamgirls, alongside Beyoncé and Jamie Foxx. Her debut resulted in an Academy Award for best actress in a supporting role, among a slew of other accolades—29 to be precise. “Look what God can do,” Hudson said in her Oscar acceptance speech. The performer produced Grammy-winning albums, starred in more movies (Sex and the City, The Secret Life of Bees), earned a Tony on Broadway (The Color Purple), sang for Pope Francis and became the first African American singer to grace the cover of Vogue. Up, up, up she rose. Then, a crash. On Oct. 24, 2008, her mother, brother and 7-year-old nephew were discovered shot to death.

Four months later, in February 2009, Hudson emerged from mourning to sing “The Star-Spangled Banner” at Super Bowl XLIII. Along with her sister Julia, she co-founded the Julian D. King Gift Foundation, a nonprofit dedicated to honoring her late nephew, which provides school supplies on Hatch Day every August, holiday gifts and hosts leadership events, like the annual holiday dinner (Dec. 20 in Chicago) for underprivileged children. “It’s very healing for us,” says Hudson, now the mother of a 10-year-old son. “It represents our whole family. My mother always said, ‘Take care of your home first,’ so this is our way of doing that.”

“I remember the time I knew what happiness was. Let the memory live again.” Those lyrics are from “Memory.” One can only imagine what emotions Hudson taps when she sings the song—it could be an anthem for her journey. “I have worked for everything that I have,” she says. “Nothing has ever been given to me.” Except, maybe, her gift. “I am so grateful. There are times when I am nervous in the wings of a stage, and I remind myself, this is just a song. Calm down. There are people saving lives and changing the world, and you’re just singing a song,” she adds. “But, then, I look around and see this army of people there in support of me just singing a song, and I think, ‘Well, OK, people are moved by what I do.’ I give God the glory and the credit. Without him, I wouldn’t be here.”

But present she is—and very much living in the moment. Hudson is already training for her next big role: Aretha Franklin in the film Respect, due out in 2020. The Queen of Soul handpicked Hudson for the part. “Every day is dedicated to that right now,” Hudson says from her home in Chicago. “Ms. Franklin deserves it. I want to do her justice. I am actually just about to go into an acting session right now.” And off she goes, but not before defining her own version of respect. “I could be singing down the street around the corner or at the White House, I would respect them both the same.”

“And a new day will begin,” as “Memory” declares.

Photography by: Sami Drasin; Styled by Krisana Sotelo; Creative Direction by James Aguiar; Hair by Kiyah Wright; Makeup by Adam Burrell at The Only Agency