John Marquez’s private art collection will make its public debut in 2022. Until then, he’s more than happy to keep it close by. 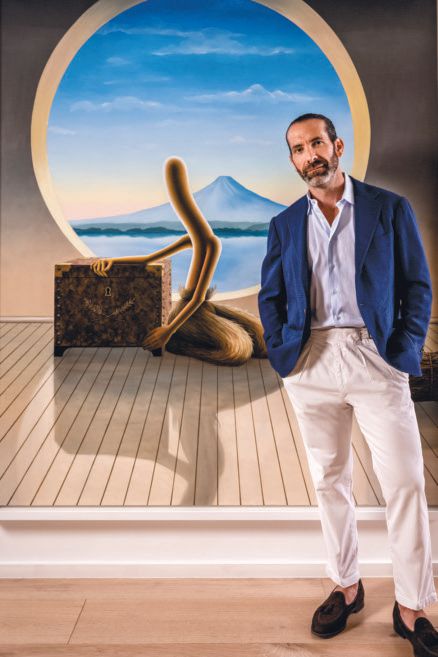 John Marquez’s (@johnfitosway) adventures in art collecting began tenuously some 10 years ago with an insect sculpture by Pablo Castillo and a photograph of smoke rings by Donald Sultan. 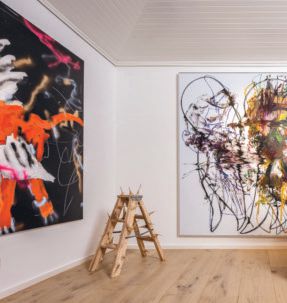 “To be honest, there’s not much of a story there,” he says. “At the time, I just needed some art for my new condo.” 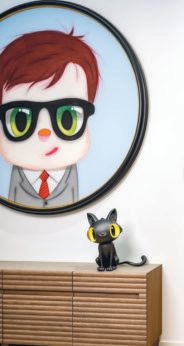 What a difference a decade makes. Since then, the real estate developer and investor has dived into the art world wholeheartedly, with roles that include membership in the ICA’s board of trustees and namesake of the John Marquez Family Foundation, a public showcase of his personal acquisitions that will open its doors in Allapattah with a Keenen/Riley-designed building in 2022. The last 10 years have also seen Marquez grow his art collection in both scope and mission. “Over the last five years, I have significantly focused the collection on global emerging art [knowing] that we would eventually open a public collection to create a dialogue in our community,” he says. “I [now concentrate] on emerging and midcareer artists from around the world.” This assemblage includes names such as Milo Matthieu, Jody Kerwick, Robert Nava, Harold Ancart and Robert F. Williams.

Until those works make their way to Marquez’s public forum next year, they will reside at the Coral Gables home he shares with his wife and two children. With some exceptions here and there, Marquez’s collection reveals the whimsy that drew him to art in the first place, in particular street artists. There’s the cartoonish and bespectacled “The Owner” by Javier Calleja in the family room, Otani Workshop’s depiction of a teddy bear in the principal bedroom and the Kaws life-size sculpture “Companion Holding BFF,” which features one of the artist’s signature X-eyed figures holding a blue counterpart in his arms, in the living room. 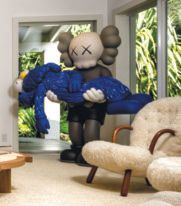 “I definitely buy work that speaks to my personal sensibility,” says Marquez. “Over time I’ve come to recognize some strong themes that let me know when something is right for me.”