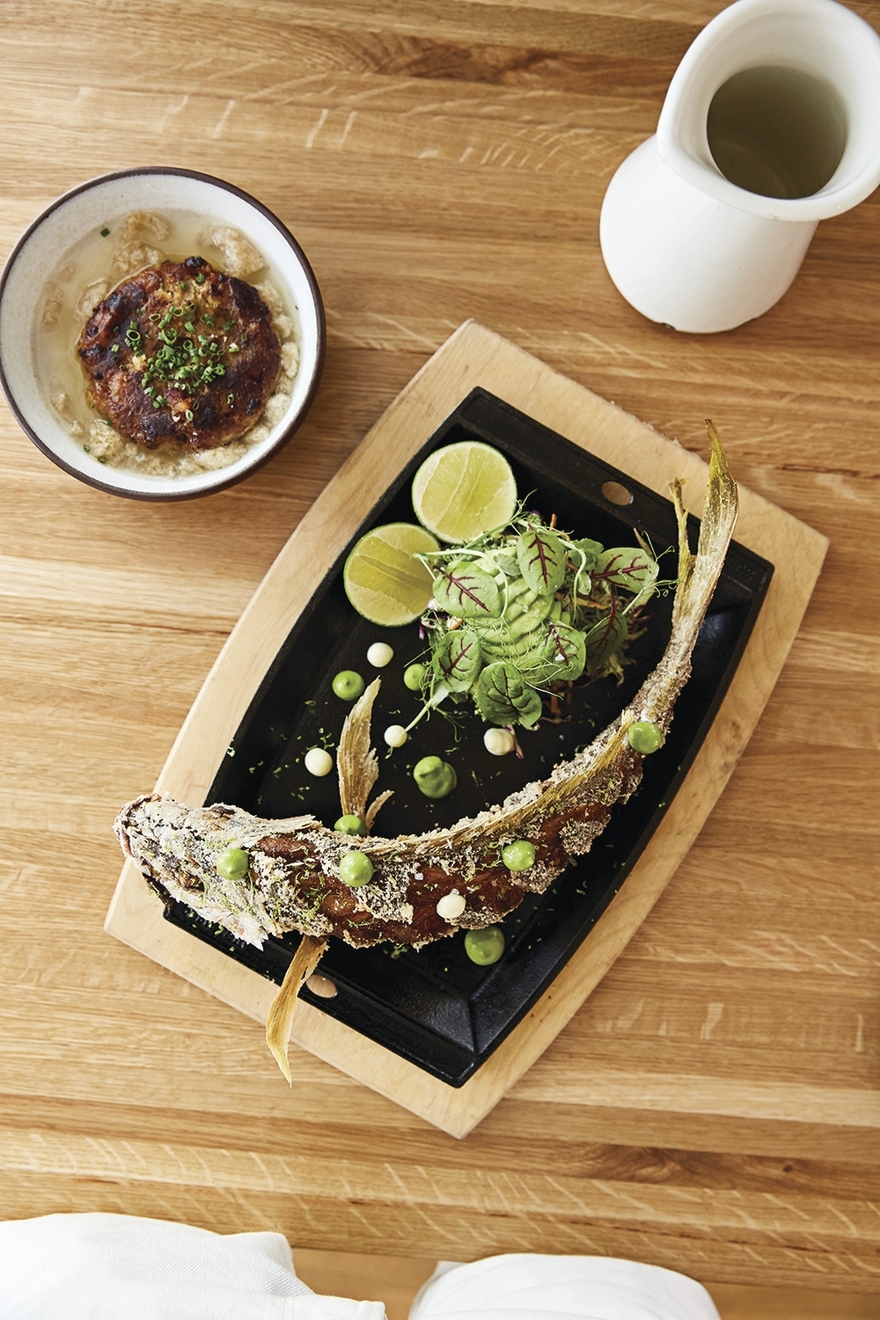 Every so often, a Miami establishment inspires you to re-evaluate certain preconceptions. The Venezuelan-rooted, pan-Latin Obra Kitchen Table in Brickell is one of those restaurants. Every component of Obra, from location to design to El Bulli-trained chef-owner Carlos Garcia, forces a restructuring of opinion on contemporary fine dining.

For one thing, Obra isn’t installed in some elegant hotel the way you might have expected for this first sibling of Alto, Garcia’s much-lauded Venezuelan eatery, to be. Instead, it’s on the ground floor of Jade, an amenity-heavy condo building. There, it’s not even in the lobby but off to the side, with its own entrance.

While designed by James Beard Award-winning architect Alejandro Barrios Carrero (Juvia, Sushi Garage), the interior is playful rather than palatial, with aqua subway tiles on the walls. Almost everything else, barring the photographs and honeyed oak floors, is white: a painted wood ceiling inspired by that of the Pérez Art Museum Miami, a 25-seat countertop curving around the open kitchen and contemporary bar stools. Considered the best spots in the house for their proximity to Garcia and his staff, the counter and stools also say a lot about Obra’s corner coffeeshop ambiance.

But then, Garcia is hardly what you’d expect from a world-renowned chef. He’s convivial, unpretentious, a salt-of-the-earth type of guy. You’ll most often find him aproned, leaning over the counter chatting with customers, many of them fellow Venezuelans.

Dining here for the first time, you’d be forgiven for not guessing that the luxury part comes subtly like in Carl Sandburg’s Fog. But you’ll discover that soon enough—from the very first taste of the crisp, nut-brown tequeños nestled in a dot matrix of tricolored dipping sauces—that even basic Venezuelan snack foods like these are elevated to a mountainous tier in Garcia’s hands.