Own, live and share with Lofty Brickell, where endless opportunities for Miami residency await. 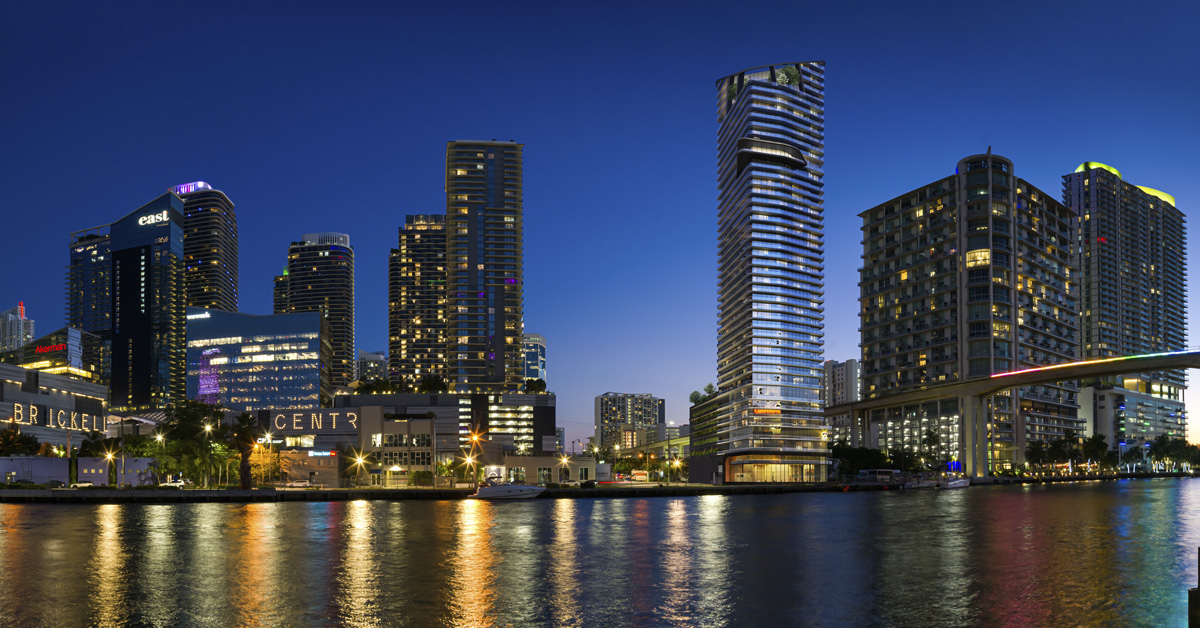 Aiming to capture the new transient population of residents relocating to Miami, the developers behind new luxury tower Lofty Brickell are embracing the short-term rental market with this fresh new take on condo living. With a tagline that reads “Own, Live, Share,” the building overlooks the Miami River and will feature 360 fully furnished and finished units. These units will be turnkey and are fully licensed for daily, weekly and monthly short-term rentals. Owners can utilize platforms like Airbnb and Vrbo, as well as manage on their own. Newgard Development Group, led by Harvey Hernandez, is the developer behind the project, which will eventually give rise to three towers. Designed by Miami-based Arquitectonica (the firm behind many iconic buildings including Brickell City Centre and East Miami) and rising 42 stories high, the building has a minimalist aesthetic and graceful curves with streamlined and parallel balconies, swiftly curving corners, and a cantilevered sky lobby two-thirds of the way up along eastern and southern elevations. A private marina with 400 linear feet on the Miami River, a five-star restaurant on the ground floor and green building technology round out the building’s amenities, which are in line with most luxury buildings. With the unique ability to come and go as you please without the guilt of financial restrictions, Lofty Brickell opens up endless opportunities for Miami’s diverse population to continue its boom, attracting people from all over the world. Prices $490,000-$1.3 million, including studios, one-, two-and two-bedroom plus den. Sales Center: 1450 S. Miami Ave., Miami, loftybrickell.com 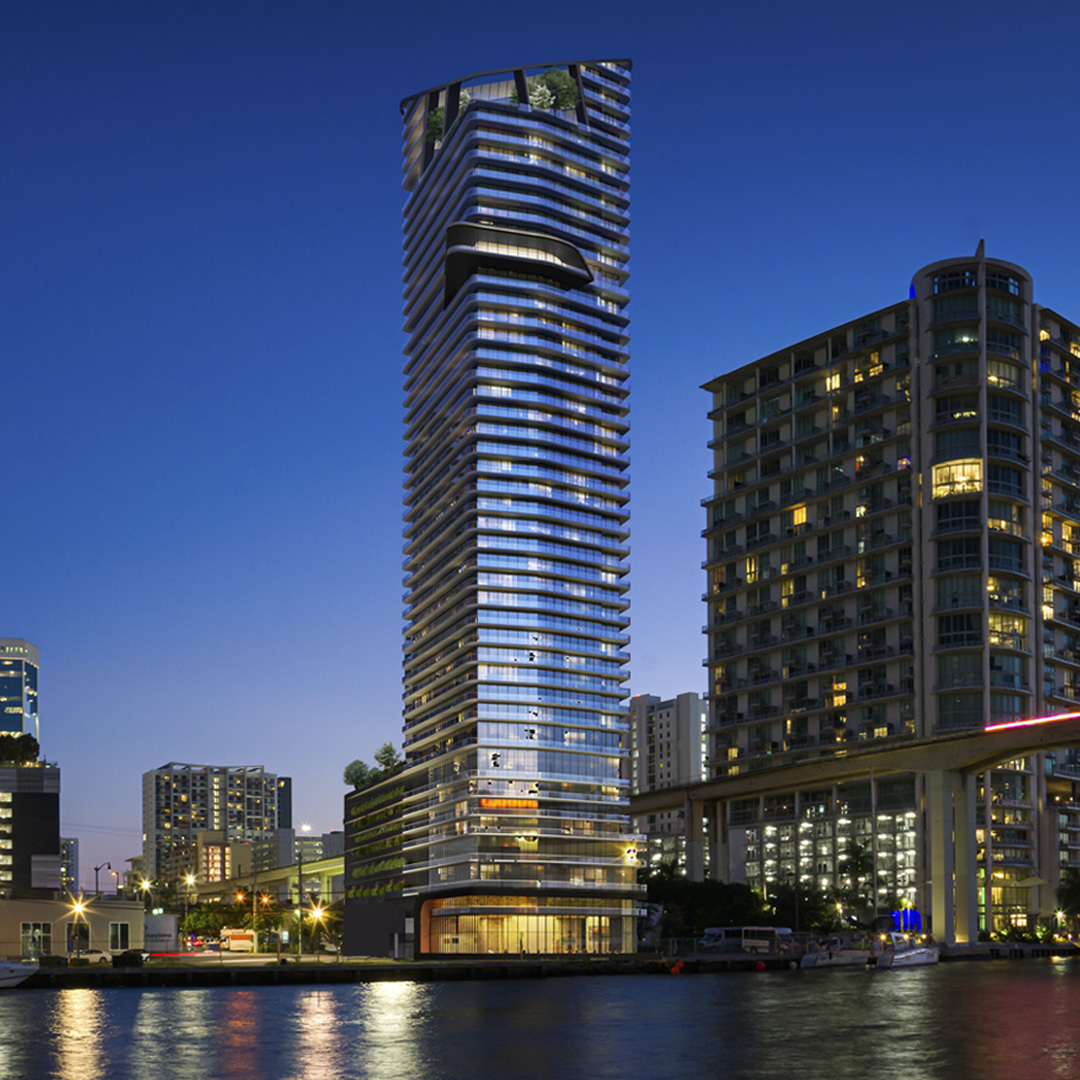