Acclaimed actress and face of the new Rouge Dior Lipstick Collection campaign, Natalie Portman inspires awe on both sides of the camera with the release of "A Tale of Love and Darkness." 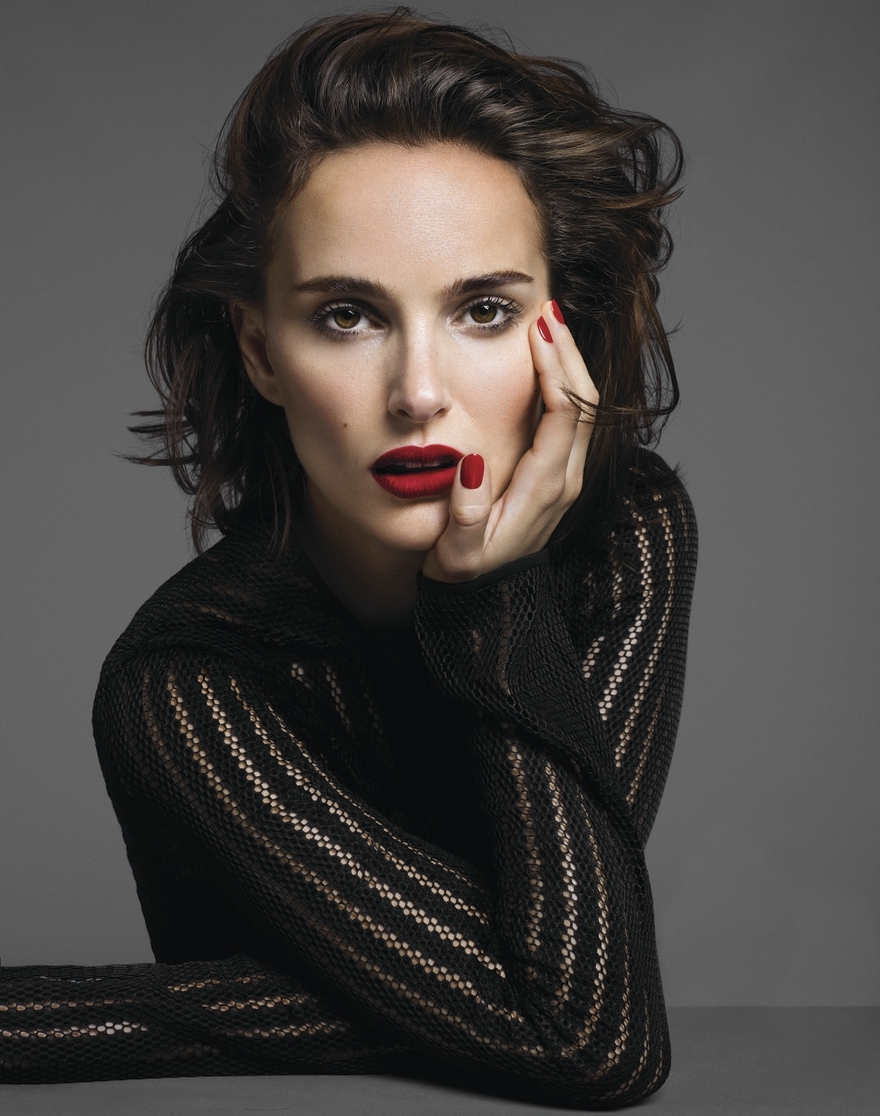 From her film debut at age 12 as an assassin’s disciple in Léon: The Professional to her current role as the face of Dior and its new Rouge Dior lipstick campaign to her upcoming portrayal of Jacqueline Kennedy in the highly anticipated biopic Jackie, Natalie Portman has always possessed grace, poise and regal beauty. To that list of admirable traits, you can now add bravery, since the Academy Award-winning actress took some big risks when she wrote, directed and starred in the recently released A Tale of Love and Darkness, based on Israeli author Amos Oz’s autobiographical novel about growing up against the backdrop of the creation of Israel. “I read the book when it came out and was so moved by it,” says the Jerusalem-born first-time director. “I could see it as a film right away. I really felt like I needed to make that come to life.”

In a particularly bold move, Portman chose to have her actors speak all dialogue in the film in Hebrew. “There were a lot of people who actually encouraged me to make it in English, saying it would get a wider audience,” she says. “But I feel like, you see great films in their original language. When you see a movie that takes place in Germany, you expect they’d be speaking German. If you see Mexico, you expect to hear Spanish. And, of course, in Israel, they speak Hebrew. And this film is so much about language. It’s almost impossible, I think, to make it in another language.” Still, she admits, language was a barrier she had to overcome. “I obviously speak it as well, but not perfectly. So I had to really improve my Hebrew for playing the part, and also, in terms of communicating as a director with the entire cast and crew.”

There was another challenge to which Portman had to rise: finding her voice on set. “I was uncomfortable in the beginning stating what I wanted all the time,” she confides. Her first inclination was to couch her requests of actors in apologies. “By the end, you get so good at saying, ‘I want this’ because everyone just wants you to be direct and clear and say what you want. And you know what you want. You don’t have to apologize for it,” she says with a laugh. “It was really a great exercise.”

As an actress, Portman has never been afraid to stretch her muscles. She famously shaved her head in V for Vendetta, descended into madness in Darren Aronofsky’s Black Swan (and won an Academy Award as a result) and portrayed a troubled stripper in Mike Nichols’ Closer. She fearlessly jumped into the unpredictable world of Terrence Malick, not once but twice (Knight of Cups, as well as an upcoming untitled Terrence Malick film), had a love affair with an arrogant god in Thor and embodied Padmé Amidala in the Star Wars prequel trilogy during summer breaks from studying psychology at Harvard University. She graduated in 2003 and has since taken graduate courses in Jerusalem and has lectured on counterterrorism at Columbia University.