Magic Mike Live: The Tour touches down in Miami, providing the ultimate destination from date to ladies’ nights. 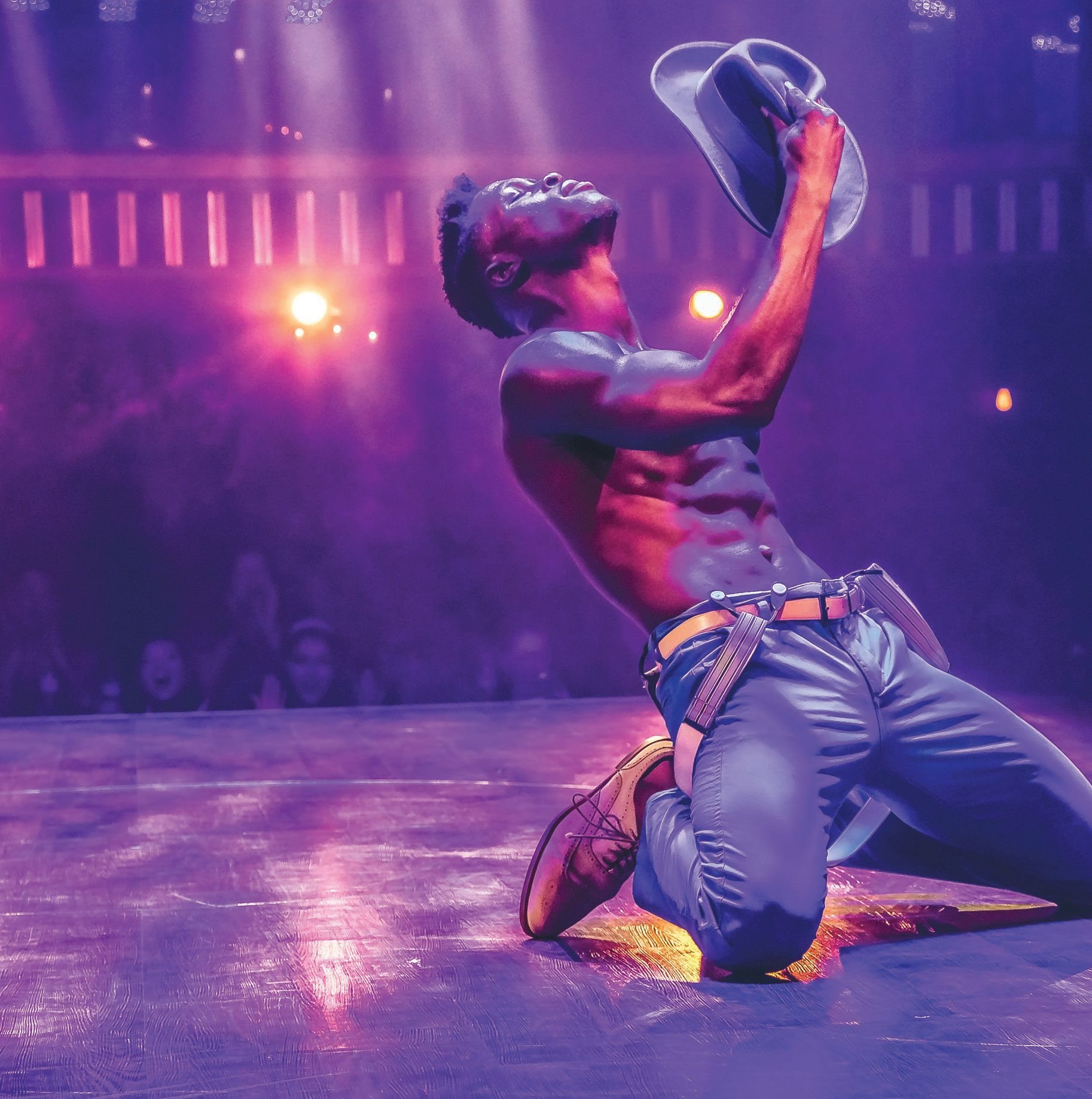 Showgoers will be treated to a provocative performance that brings the heat and fun to Miami. PHOTO COURTESY OF MAGIC MIKE LIVE

A decade later, Channing Tatum has teamed up with the crew behind the franchise (Steven Soderbergh, Reid Carolin, Greg Jacobs, Peter Kiernan and Nick Wechsler) and his creative team to debut Magic Mike Live: The Tour (mmltour.com). Adding to the success of Magic Mike Live productions currently thrilling audiences nightly in Las Vegas and London, the team is hitting the road and stopping in Miami for its first city on Oct. 13 for a six-month limited run before heading to its next major North American city. Making the debut all the more special and anticipated, it will be showcased at the iconic Miami Marine Stadium site on Key Biscayne, where showgoers will experience undeniable fun, intoxicating choreography and the magic of the show.

We chat with creator and director Channing Tatum and co-director and choreographer Alison Faulk to learn more about the 90-minute stage production, which will be performed in the world’s largest Spiegeltent, The Arcadia. 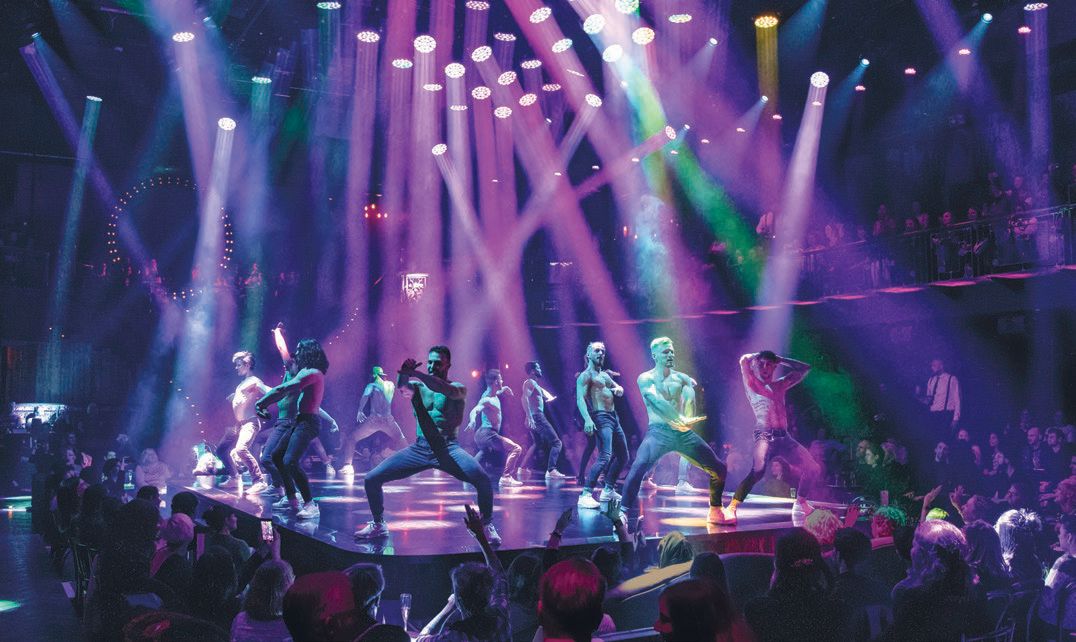 What was the most special element of directing Magic Mike Live: The Tour for you?

CT: Most of all, I’ve enjoyed watching this idea continue to grow around the world. When we created the first Magic Mike movie, I don’t think any of us expected to be breaking box office records and having a successful live stage show a decade later, but here we are! With each version of the show, we’ve gotten to push boundaries and challenge ourselves to create something really special. This tour is a culmination of everything we’ve learned along the way, bringing together some of the best dancers and performers from around the world, and I can’t wait for the people of South Florida—a place that’s near and dear to my heart—to experience this passion project of ours.

Were there any challenging elements of bringing this show to life?

CT: I think one of the biggest challenges was a creative one: How do we create a venue that can pick up and move around the world while still being exceptionally beautiful and capable of housing a show with our caliber of production? Between the creators of the Spiegeltent and our team, we’ve created the space to do it all with every technology and finishing we could.

What is it like coming back to your home city of Miami to launch this tour?

AF: It is extremely exciting and very full circle being able to bring the MML Tour to Miami! I have such love for this city and the people here, and I can’t wait to see everyone experience the fun and joy this show has to offer. It is truly a night unlike any other, and I would say something you will never forget. 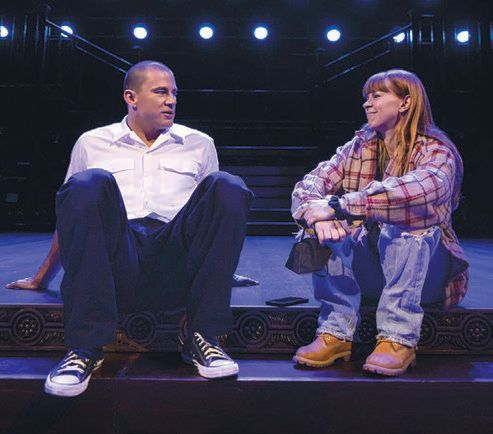 What are you most excited for guests to experience on this tour?

CT: I think people are really going to be blown away by the venue. It’s technically a tent, but once you’re inside, you’ll think you’re in some massive theater. It’s got a beautiful lobby and courtyard area, multiple bars and seating for over 600 people. Plus, it’s got all of the technologies that our theaters in Vegas and London have—areas for the guys to dance in every inch of the space, a drummer that flies in through the ceiling, and we even make it rain in the tent. We’ve built a really special place for the magic to happen.

Why is the Miami Marine Stadium the perfect venue to showcase this?

AF: The stadium site has hosted some pretty iconic events and moments in Miami’s history, and it’s one of the most celebrated pieces of architecture in the country. Between its history, location and ability to host everything we require logistically, it all just made sense. While the stadium itself is no longer functional, it provides us with a picturesque backdrop that complements the skyline, as well as all of the space we need to set our venue’s footprint on. Guests are going to be wowed when they walk up to the venue or while they’re enjoying dinner and drinks at our pop-up restaurant, and see the stadium lit up in the background and the skyline glistening across the water.

Can you give us any sneak peeks at some of the highlights?

CT: The show is going to be out of this world. We’ve brought together the best dancers in the world and the best features from all of our shows for this tour experience. If you’ve seen our show in Vegas, London, Berlin or Australia, you’ve only gotten a taste of MML: The Tour. One thing we’re creating especially for Miami that no other stop on the tour will have is a postshow VIP experience on the water. We’re building a space where those guests can continue the party after the show alongside the cast overlooking the Miami skyline. It’ll truly be one of a kind. 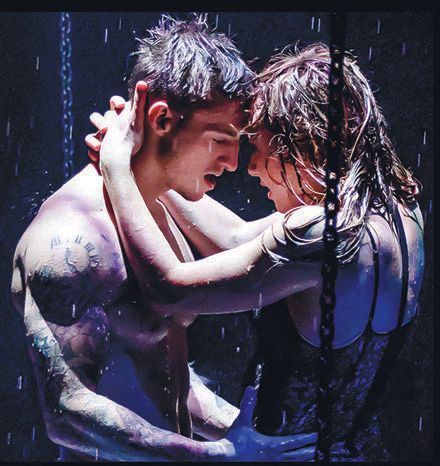 Channing Tatum and Alison Faulk behind the scenes. BY CLAUDETTE BARIUS

How would you describe MML in one sentence?

AF: MML is a unique, interactive experience that is entertaining, unexpected and full of superb talent that provides you with a night full of so many things—laughter, excitement, dance, fun, sexiness—truly whatever you want.

Why is Magic Mike Live the perfect addition for Miami?

CT: It’s the Magic City—what better place could we launch the North American tour of Magic Mike Live in? I did a lot of my growing up in Miami and the South Florida area, so when we were looking at where we could bring the show, it made sense to bring it home to where the magic started. Plus, Miami knows how to have fun!