Meet One of Miami's Most Influential Moguls, Dany Garcia

From the boardroom to the weight bench to the red carpet, there’s no stopping mogul Dany Garcia. 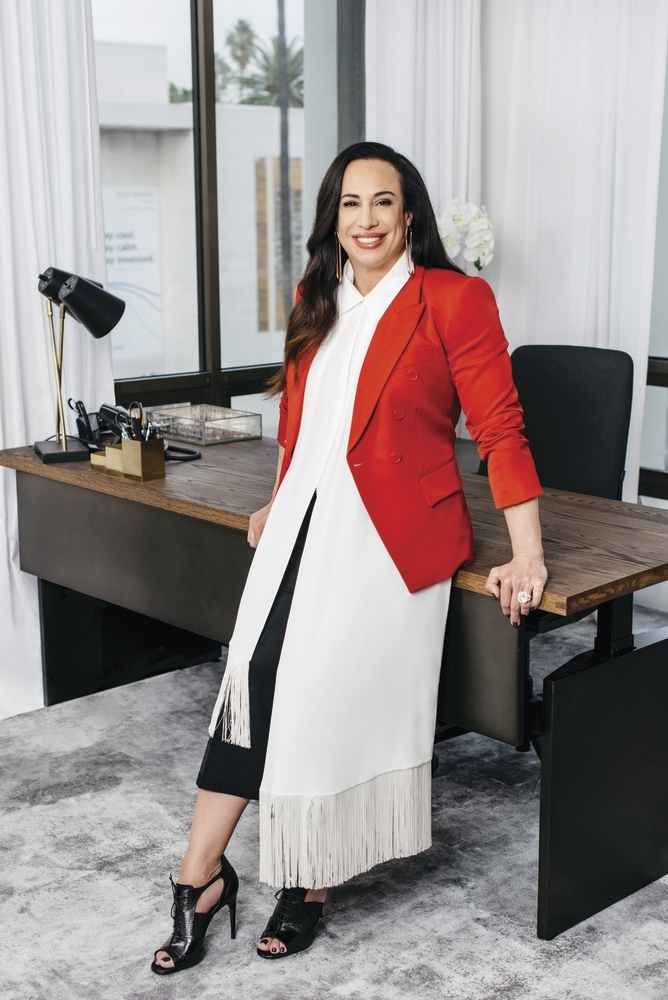 Bodybuilding, producing movies and television, and exploring new business ventures are all in a day’s work for Dany Garcia.

One would think Dany Garcia would be weighed down by all the titles she carries, which include philanthropist, mother, investor, co-founder of Seven Bucks Productions, and founder, chairwoman and CEO of The Garcia Companies and TGC Management. Yet, she seems to only get tougher the more she takes on. And she credits a fitness awakening she had years ago for all that energy.

“In 2014, I earned my IFBB [International Federation of Bodybuilding and Fitness] Pro Card,” she says, giving credit to her husband, competitive bodybuilder Dave Rienzi, for his encouragement. “Now I have a path to pursue my deepest personal dream, which has nourished all aspects of my life.”

Born to Cuban immigrants and raised in New Jersey, Garcia attended University of Miami, where she met Dwayne “The Rock” Johnson. They married in 1997 (divorced amicably in 2008) and raised a daughter while she formed a wealth management firm. In 2008 Garcia left that world to start TGC. “Our goal was to create a global brand development and management company across a wide variety of verticals, including the entertainment, tech, fitness, fashion, food and spirits industries,” she explains. “I began to recognize the synergies and the crossover between all the facets of the business and wanted to create a company that would house and amplify the overall conversation.”

In 2012 she and Johnson founded Seven Bucks, which currently has more than 50 film and television projects in development, ranging from the third Jumanji installment (out December 2019) to Red Notice, which stars Gal Gadot (slated for summer 2020). And while Garcia splits her time between Fort Lauderdale and L.A., overseeing entertainment, entrepreneurial and philanthropic projects, she is also working on a fashion venture. All this might seem a mind-boggling snarl, but Garcia has it on lock.

“Like in bodybuilding, every decision has an absolute and tangible impact,” she explains. “I harness that approach to blend all my interests seamlessly together. [And that] has definitely taken me years to master.”