Meet five forward-thinking individuals shaping Miami's future and setting the stage for personal and professional triumph in 2018 and beyond. 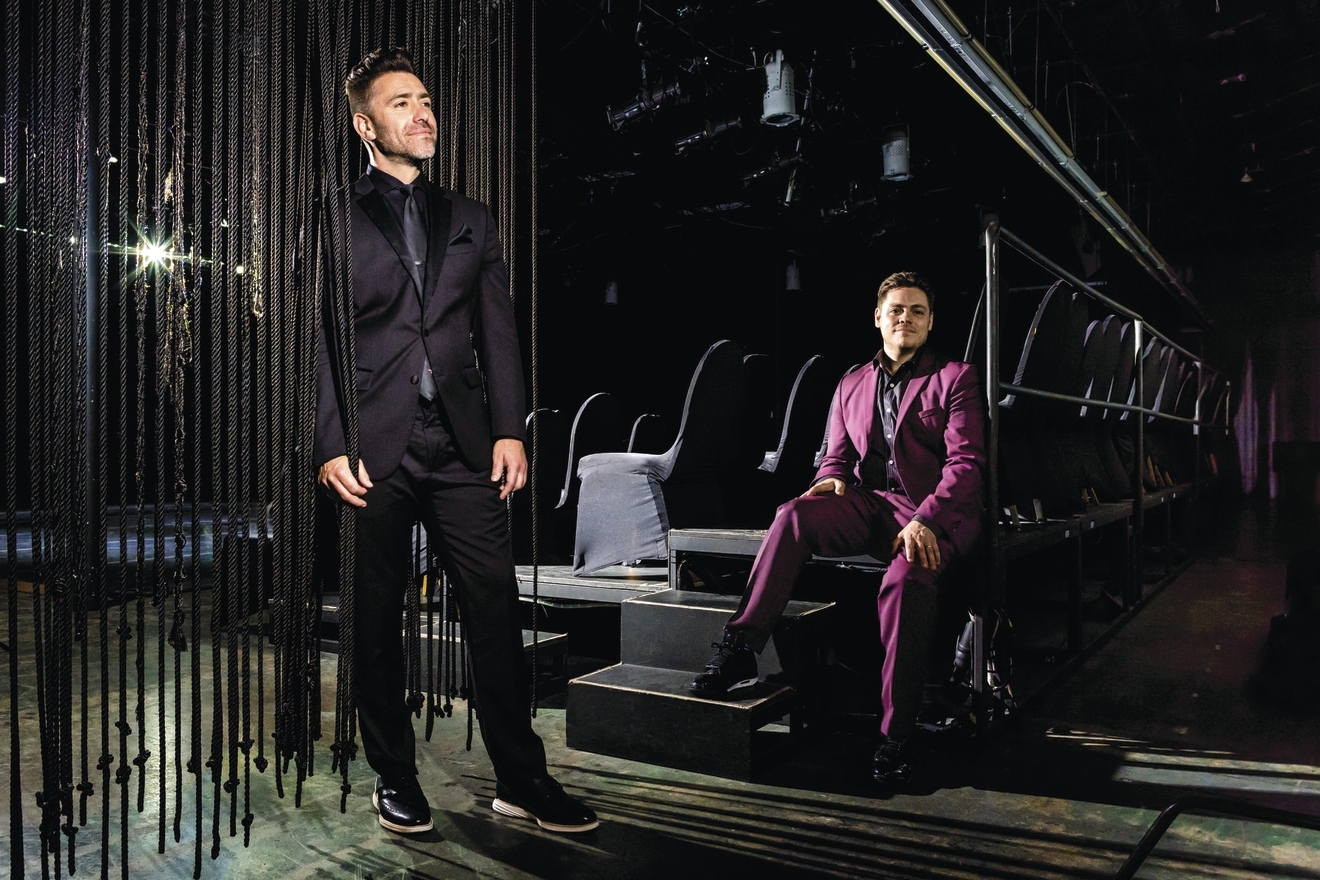 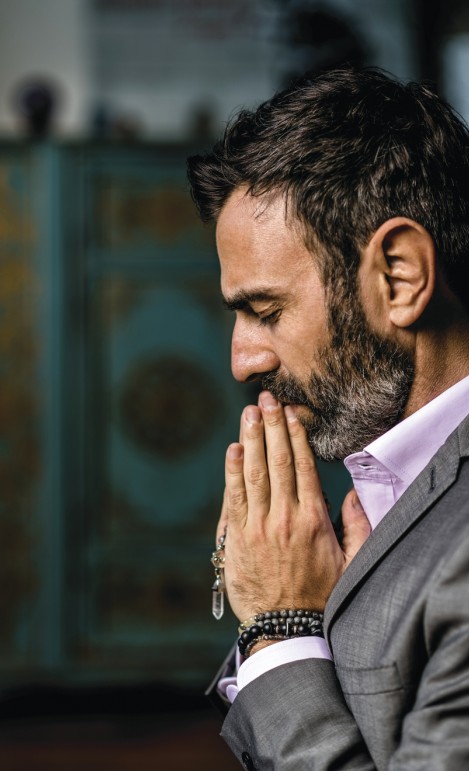 WHAT’S NEXT:
The Modern ŌM Festival returns in late 2018 and is expanding intonew markets in 2019.

Despite doing all that was expected of him—from working in finance to receiving his MBA from Wharton, to founding the successful yoga studio Green Monkey—Myk Likhov spent much of his 20s and 30s searching for purpose. “Mindfulness is a tool to do just that,” says Likhov. His spiritual journey was the genesis of his post-Green Monkey venture, Modern ŌM, a platform for helping others develop deep self-awareness. “Everybody finally gets it,” he says. “More money and material success don’t guarantee happiness. True joy and abundance are only found within.” By making meditation and intentional living fresh and accessible—via beautifully crafted malas, jewelry and apparel infused with the meanings of the chakra system, and by organizing group meditation classes across Miami—Modern ŌM is proof that Likhov has an uncanny knack for staying one step ahead of the zeitgeist. As his Zen empire grows, Likhov’s commitment to fostering community will stay front and center. “Modern ŌM is going to move the needle,” he says, “and make the world a more conscious place.” 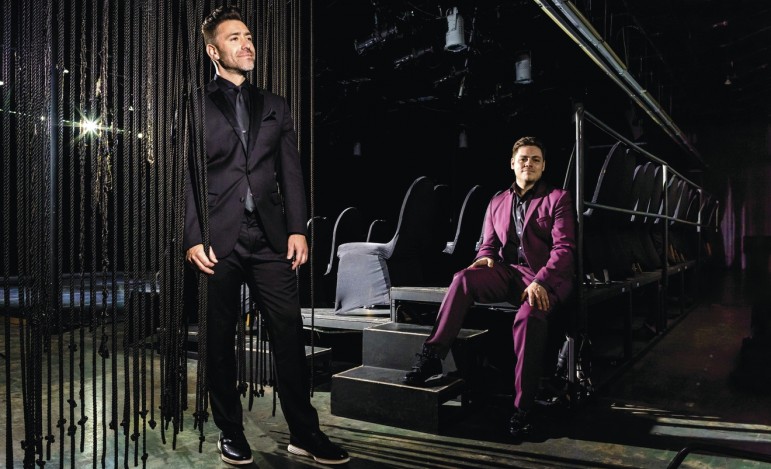 WHAT'S NEXT:
This summer, Nu Deco Ensemble will head to the studio to recordits first album.

The founders of Nu Deco Ensemble describe their company as an “eclectic chamber orchestra designed for the 21st century,” but they began their careers following a more familiar pattern, attending Juilliard and perfecting their instruments—tuba for Jacomo Bairos and trumpet for Sam Hyken. The pair met at the Singapore Symphony Orchestra, and immediately discovered they had similar desires to be a part of whatever was next in the evolution of classical music. Since their first concert at Wynwood’s The Light Box, Nu Deco has been actively shaping that future, blending new compositions by Hyken (also the ensemble’s CEO) with classic pieces and re-imaginations of contemporary music by groups like Radiohead and Daft Punk, and Bairos serving as conductor. The fresh take has been a smash hit. “In our first full season, 60 percent of the audience was under 45,” says Hyken. “That’s unheard of in classical music.” As their popularity continues to grow, Bairos admits that the power of performance to bring people together can be almost overwhelming at times. “Sam and I often look at each other after a concert and wonder, What just happened?” he says. “It’s music. Music just happened, and that makes us feel more human and more alive—and more hopeful for the future.” 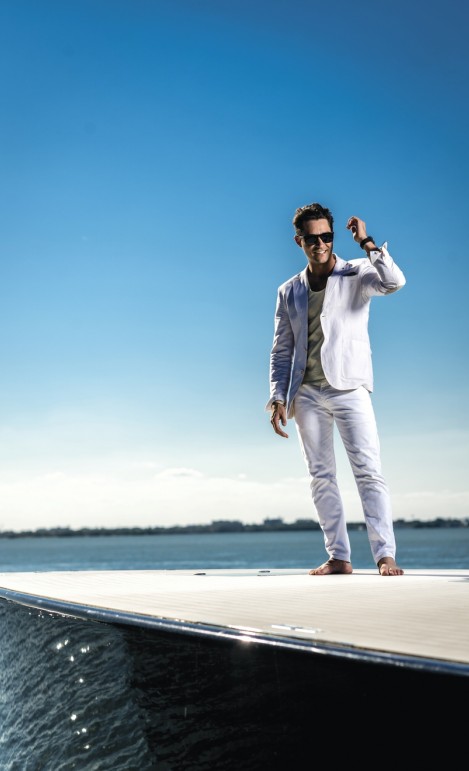 WHAT’S NEXT:
The company is expanding with newer, bigger and better yachts in more locations.

Whatever he turns his attention to, it doesn’t take long for Nick Cardoza to zero in on new opportunities. The former chef turned entrepreneur has always been involved in yachting, but it wasn’t until he started working on mega-yachts as a personal chef and deckhand that he got to see the business from the inside—and carve out a new role for himself promoting VanDutch yachts. That opportunity sprang from his personal passion for the sleek vessels. His next jump, to creating YachtLife with co-founder Patrick Curley, arose from a common business-starter in the tech world—frustration. “It became annoying that the more charters I tried to book, the more deals would fall through the cracks because of inefficiency in the market,” says Cardoza. Through its hassle-free app, YachtLife allows users to book fully-crewed luxury yachts the way they would request an Uber and provides yacht owners with a platform to list their vessels for charters, two features that have revolutionized these types of transactions. Cardoza has been in Miami for six years and, aside from being the perfect spot for his type of business, it’s the city’s energy he’s fueled by. “Miami isn’t wasting any time getting to where it’s going,” he says. “This is just the beginning.” 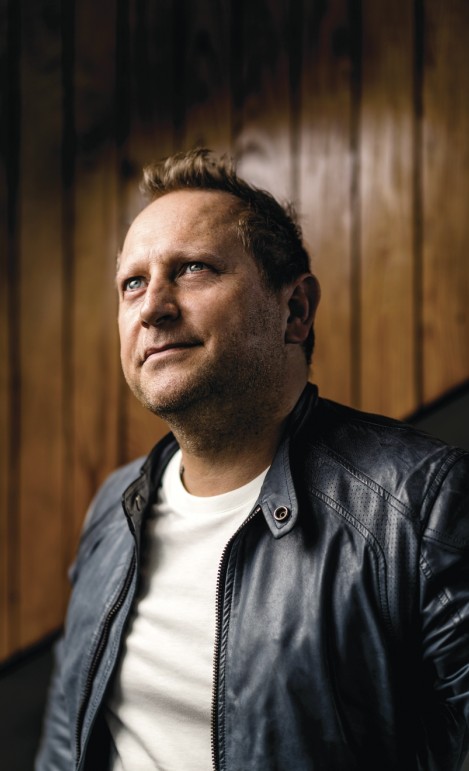 WHAT’S NEXT:
Plans for Chotto Matte restaurants in Toronto, Boston and Mykonos are currently underway.

Australian-born Kurt Zdesar has cultivated a lucrative culinary career in London launching various new restaurants, including Chotto Matte, which opened in Soho in 2013. Zdesar thought his first port of call in America would be someplace west—Santa Monica or Malibu perhaps—but an unexpected business meeting here a couple of years ago planted the seed for the opening of his first international outlet in Miami instead. The fun, lively Nikkei cuisine concept that proved to be such a hit in London “fits Miami really well,” says Zdesar. Chotto Matte (at 1666 Lenox Avenue in South Beach) will serve lunch, happy hour and dinner, and feature a robata grill counter, sushi counter and cocktail bar, all in a dramatic setting. Open-air dining takes place beneath lush hanging gardens, and a floating ceiling and retractable roof solidify the eatery’s hip factor. “Dining out is elevated in Miami because of the weather,” says Zdesar, who is excited about exploring his new city. “I like the experimental food scene I’ve found here. I can’t wait to experience and be part of all of this vibrancy.”