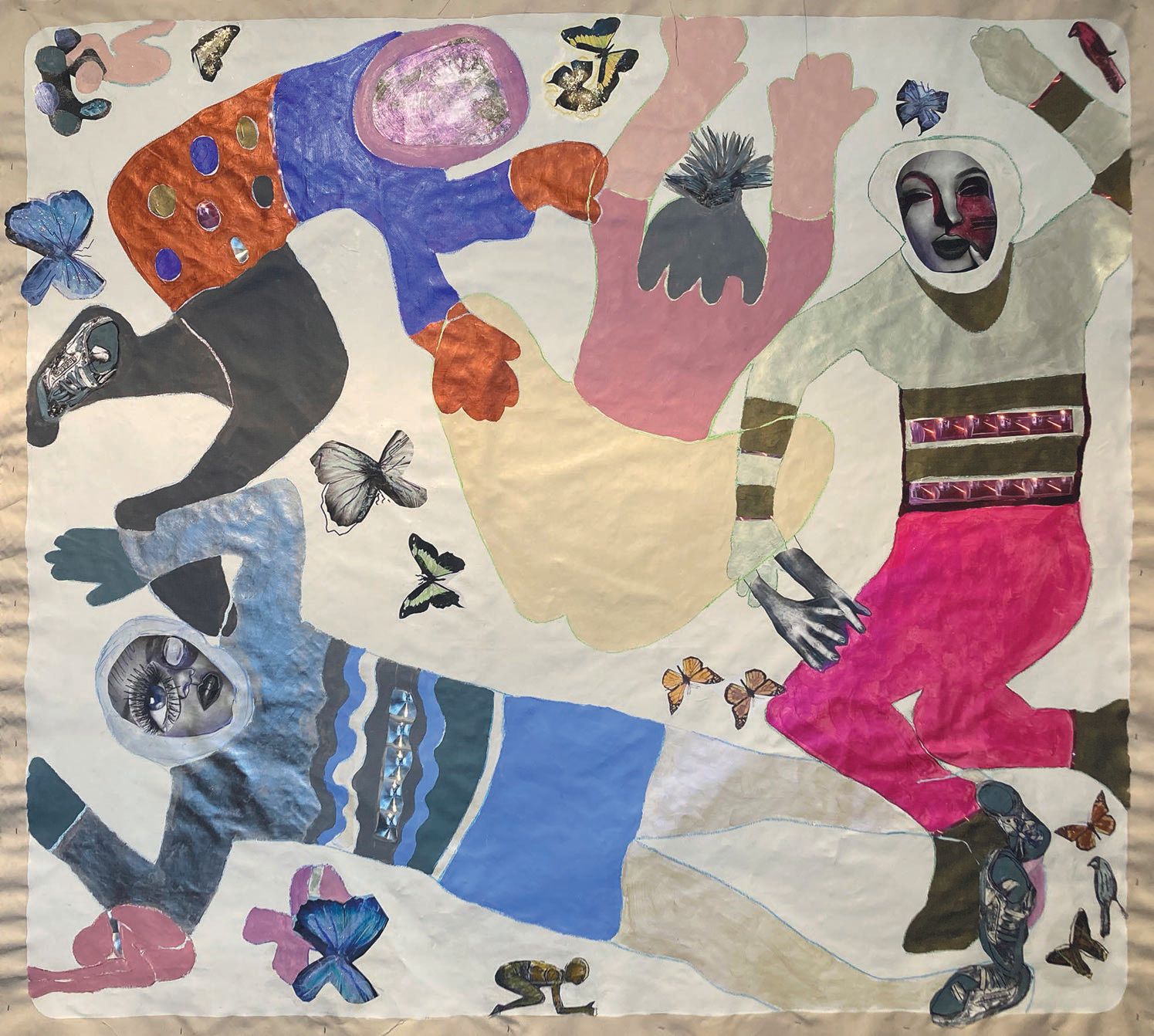 Sheila Elias, “Sultana and the Butterflies”

Artist Sheila Elias’ (sheilaelias.com) blond curls are somewhat hidden behind her trademark folded bandana headband, but the blast of energy she emits is on full display. Buzzing around her North Miami studio, she races past large-scale paintings and collages, riotous with color. Even after four decades of creating photographs, sculptures, totems, vessels and reliefs comprising scraps of aluminum and found objects, plus interactive iPad paintings, Elis is still on fire. (Recently she even made some NFTs, while many still struggle to understand what they are.) Some works will be shown at her upcoming exhibition at Fort Lauderdale’s ArtServe for its annual Members and Artists in Residence show, which runs from July 14 through Sept. 23. Some have appeared in private collections and galleries and museums across the globe, from the Bass Museum in Miami Beach to the Musée des Arts Décoratifs at the Louvre. Each tells the story of a woman who is acutely aware of historic touchstones yet remains hopelessly optimistic.

The genesis of Elias’ passion began when, as a child, she laid eyes on a Matisse at the Art Institute of Chicago. She eventually enrolled in art school there and, after graduating, obtained a Master of Fine Arts degree from Cal State North Ridge. In 1981 she installed Homage to the Street People, her first major act of art activism, using 10-foot bags draped on a 28-yard-long clothing line over Los Angeles’ Skid Row. Painted on each bag was a large glittery black “X” symbolizing Paris’ Pompidou Museum. Sacs were then distributed to the homeless. 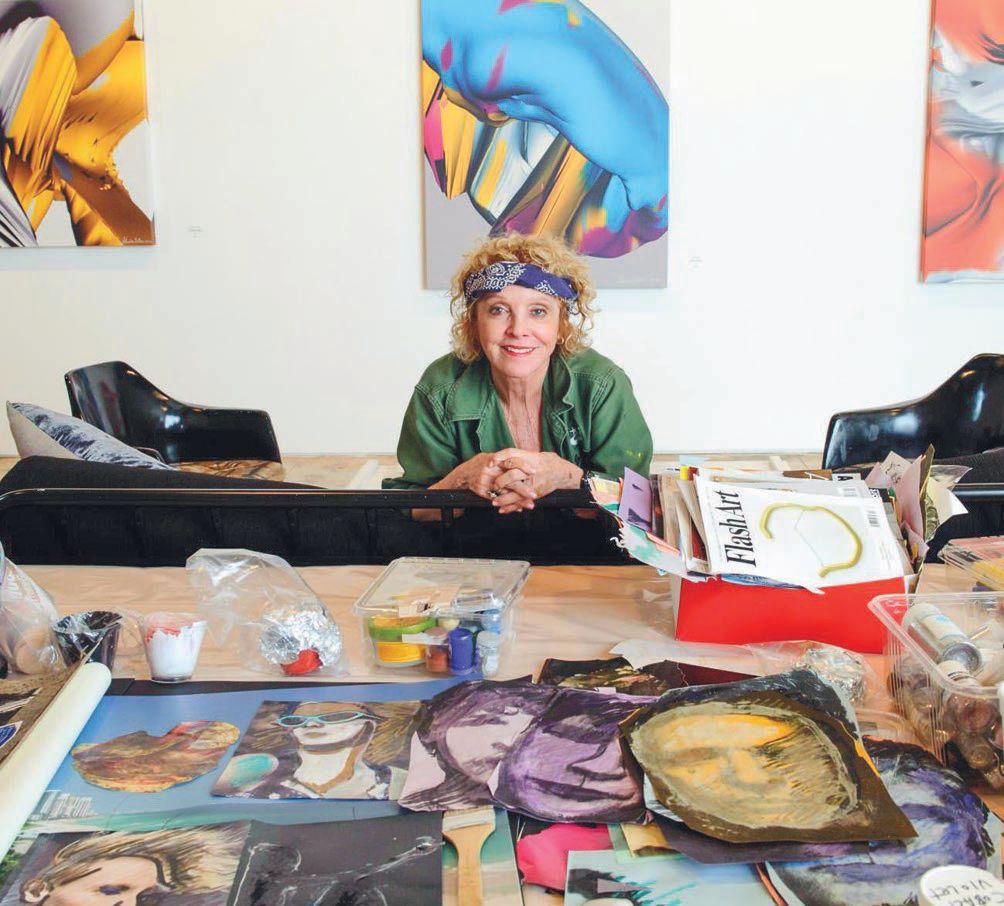 Sheila Elias in her studio. PORTRAIT BY RETO GUNTLI PHOTOGRAPHY

“I’ve always been a person who cares about people,” Elias explains. In 1994 she repeated a similar scenario in Miami-Dade with Homeless Powerless.“It showed people of affluence with the same shopping bags that the homeless were using,” she recalls.

At the behest of a fiance who called Miami home, in the ’90s Elias finally set roots in South Florida. “I took a studio on 24th and Second. That was before the word ‘Wynwood,’” she shares. 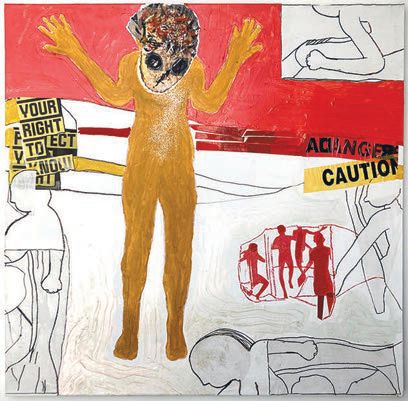 Next, she became one of the first artists to create at ArtCenter/South Florida on Lincoln Road (now renamed Oolite Arts) and then, in 2004, mega-collector Mera Rubell suggested a former seafood warehouse on Northeast 130th Street, not far from the Museum of Contemporary Art North Miami. It has served as Elias’ studio since. Over the years she has welcomed hundreds of visitors to the space, especially during Art Basel. “She loves Miami, the serene colors of the ocean, the climate, the vibrant and active art happenings,” says her son, Joshua Elias. “Mom has great, great friends who are very grounding and supporting to her as a friend and as an artist.” 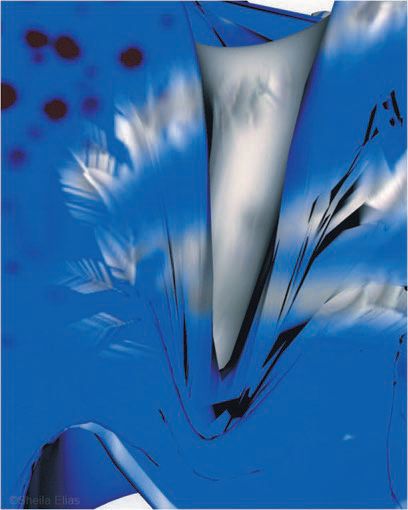 In 2021, The California Heritage Museum honored Elias with an online retrospective of her work, and just a few weeks ago she and both of her children, Joshua and Joyce Elias, exhibited pieces together for the first time at Chicago’s Art Center at Highland Park with Nature vs Nurture and famil-E (“E for Elias,” she explains). There is definitely more to come, she says, but “I don’t talk about what I’m doing next. It dilutes the energy.”