Chef Michael Beltran proves you can embrace health even when surrounded by temptation. 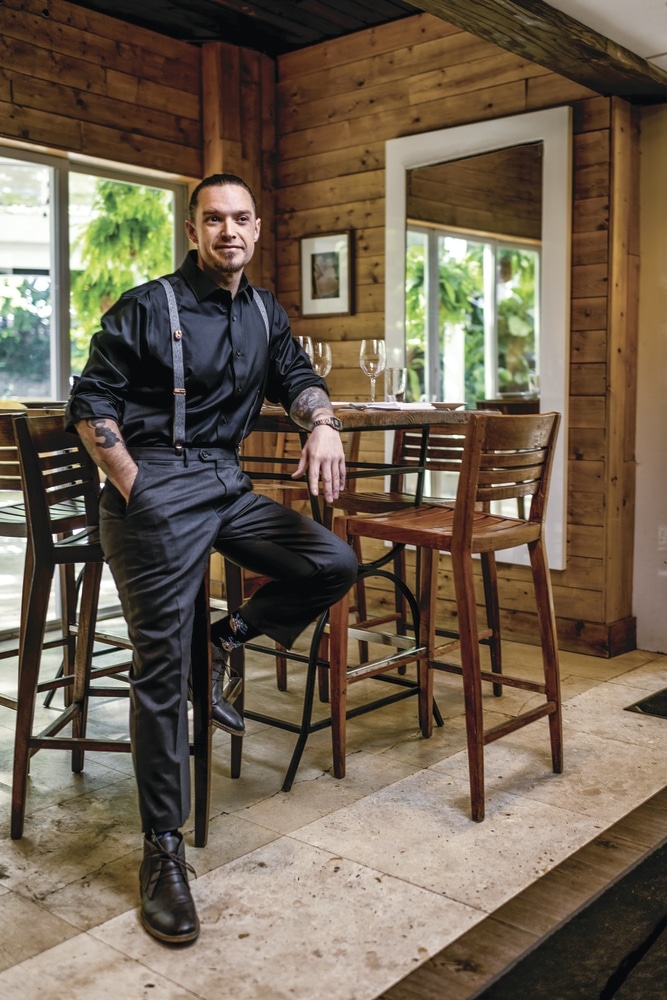 In his ongoing quest for wellness, chef Michael Beltran has shed more than 150 pounds so far.

“A lot of people do not recognize me,” says Michael Beltran, executive chef and co-owner of Ariete in Coconut Grove. “My whole relationship with food has changed.”

Nearly two years ago, Beltran, who by then had worked for high-profile chefs including Michael Schwartz and Norman Van Aken, was tipping the scales at 335 pounds. “The culinary underbelly is a very real thing,” he explains, crediting the late Anthony Bourdain with the phrase. “It will suck you in if you let it. What I loved was killing me.”

Opting to forge a better future for him and his fiancée, a vegetarian and yoga and Pilates enthusiast, Beltran first quit smoking and drinking, and then underwent gastric sleeve surgery. After his recovery, he started boxing, which he now does nearly every day. He also joined a swimming group that meets at 5:30am daily and often leaves work by 10pm (a rather early quitting time by industry standards). He ditched juices, stopped putting sugar in his coffee and eats plant-based meals at least five days a week. All that effort has paid off: Beltran has lost 154 pounds so far and is in better health than ever before.

The change even inspired all-vegetable dinner menus at Ariete. “I have access to some of the best [produce] in the city because we pull from local farms,” he explains. “I appreciate farmers so much more now.”

In addition to lower cholesterol, increased energy and a slimmer waist, Beltran’s life change has yielded other positive results. The chef recently debuted Chug’s, a pop-up Cuban-style diner, and plans are in the works for Leña, a wood-fired concept at the TimeOut Market Miami food hall, and Navé, a collaboration with fellow local chef Justin Flit.

“I finally have the energy and the mental bandwidth to do all this,” says Beltran. “I don’t think I’ve ever cooked food as well as I do now. I love being on the other side.”