A round-up of 12 Miami chefs to watch for this season. 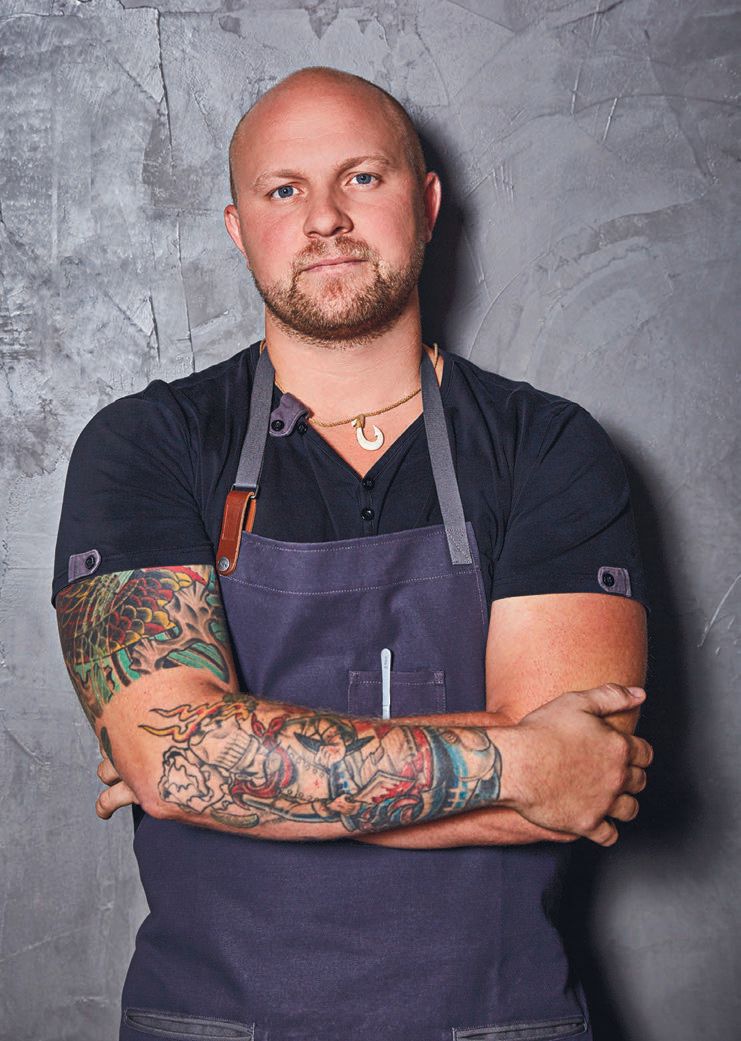 Lauded for his win on Bravo’s Top Chef Season 13, Ford has made a name for himself on a national level. He served as the executive chef at chef Jean-Georges Vongerichten’s Matador Room, which eventually led him to open his first restaurant, Stubborn Seed (stubbornseed.com), to great acclaim in 2017, in partnership with Grove Bay Hospitality Group. It has been named one of America’s 10 Best New Restaurants by Robb Report in 2018, as well as earning Eater Miami’s 2018 chef of the year. Most recently, he garnered his first semifinalist nomination for James Beard Foundation Awards under Best Chef: South. 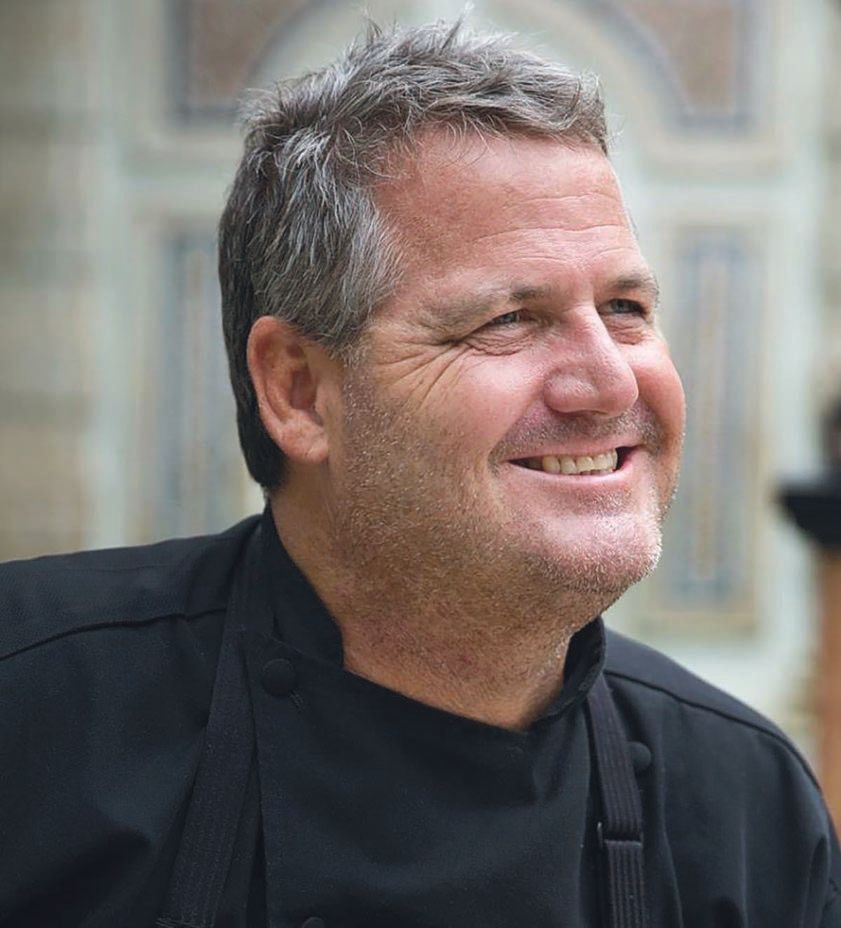 Hailing from California, Scott Linquist has become one of Miami’s most beloved and recognized chefs. Joining partners Alan Drummond and Sven Vogtland, the trio created the iconic Coyo Taco (coyo-taco.com) shop and speakeasy concept in Wynwood. Currently, Coyo has 13 locations, with seven in South Florida and six internationally, with more in the works. In 2021, Linquist and his partners debuted two new restaurant concepts and multiple bars inside the Moxy Miami South Beach hotel including rooftop hot spot Serena Rooftop, as well as the upscale Marisqueria Como Como with the back speakeasy concept Mezcalista. Linquist remains one of the top chefs to watch in the city with his vibrant coastal Mexican cuisine and hospitality prowess.

The James Beard Award-winning chef, cookbook author and owner of The Genuine Hospitality Group has served as one of Miami’s beloved chefs for over two decades. He first opened his flagship, Michael’s Genuine Food & Drink (michaelsgenuine.com), in 2007 in the Miami Design District, and has since opened additional concepts including the cherished pizza concept Harry’s Pizzeria as well as waterfront destination Amara at Paraiso. Schwartz was awarded the prestigious James Beard Foundation Award for Best Chef: South in 2010. In 2022, he relaunched a newly renovated Michael’s Genuine Food & Drink in its original Design District location to much acclaim.

This power-duo chef couple helms the kitchen at Miami’s beloved foodie destination Boia De (boiaderestaurant.com). With an impressive résumé that boasts time in Michelin kitchens such as Eleven Madison Park, Carbone and The NoMad (where the two met), they made their South Florida move in 2019. Revered for its rotating and innovative Italian menu that has resulted in the intimate spot becoming one of the city’s most coveted reservations, Boia De has received attention on a national level, particularly after the couple were semifinalists for the James Beard Foundation’s Best Chef: South award. 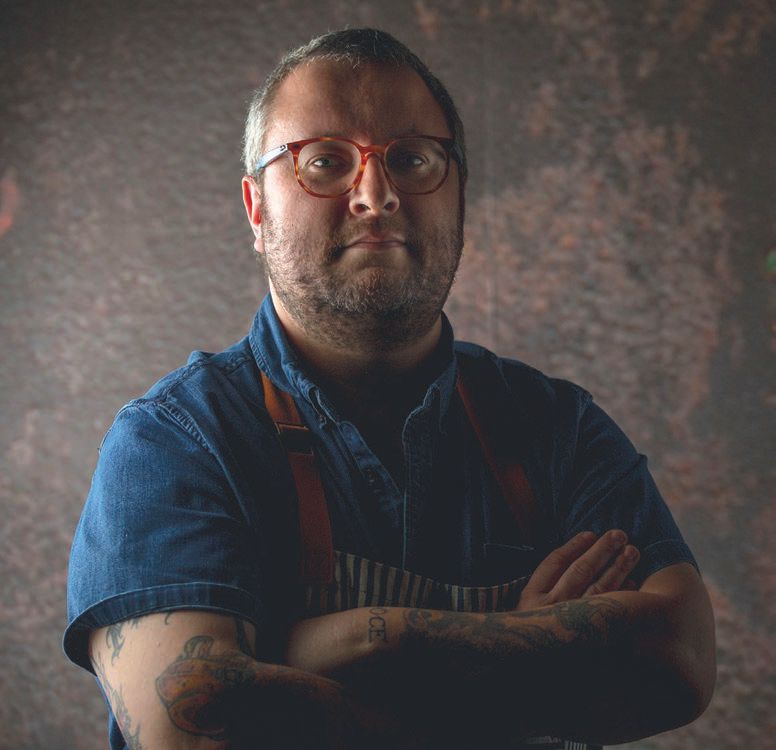 Zitzmann is the ultimate embodiment of turning lemons into lemonade, as his pandemic shutdown pivot contributed to the launch of his first business, Zitz Sum (zitzsum.com), paying tribute to his nickname and passion for dim sum. Having worked under chef Thomas Buckley of Nobu Miami Beach and at chef Jean-Georges Vongerichten’s Matador Room, the chef launched the new business from his home kitchen, selling through Instagram and selling out almost instantly. Due to his unequivocal success and strong cult following, he subsequently opened up his Coral Gables hot spot, Zitz Sum, where he now resides, churning out his delectable handrolled dumplings and homemade Asian-inspired cuisine. In March 2022, Zitz Sum was recognized by the James Beard Foundation as a long-list nominee for Best New Restaurant. 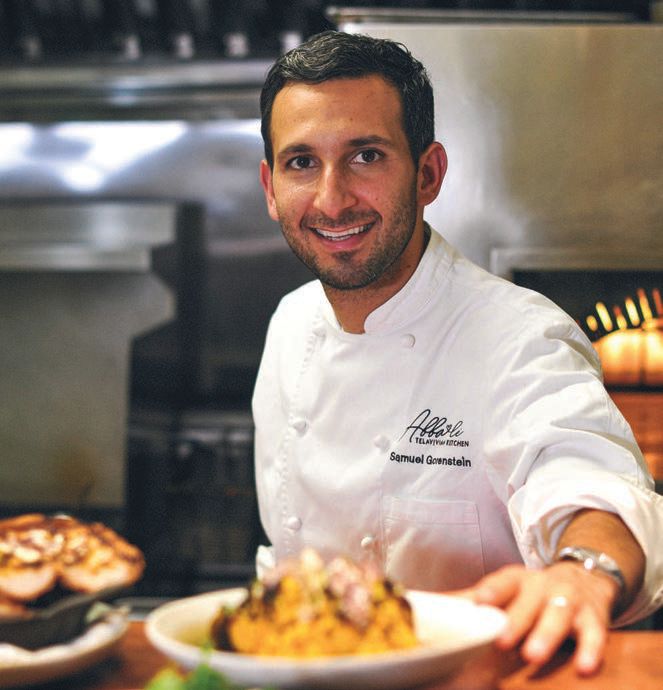 Helming the kitchen of the city’s beloved Abbalè Telavivian Kitchen (abbatlvkitchen.com), Colombian-born chef Sam Gorenstein has stolen the hearts of the Miami community while dishing out some of the most genuine and palate-bursting flavors through a multifaceted lineup of projects. Mastering his craft in some of New York’s and Miami’s most prestigious kitchens, Gorenstein creatively shines a light on his Latin- Jewish heritage through the art of cuisine. Talented beyond his years, the young chef continues to impress critics and fans alike with his evergrowing culinary endeavors in Miami and beyond.

Boasting unmatched mastery backed by a total of 26 Michelin stars, chef Michael Michaelidis has earned his stripes in the culinary world by creating decadent five-star fare inspired by his French and Greek roots alongside his career residency in Cannes, Monaco, Hong Kong, Singapore and Tokyo. Recently appointed as the head of culinary for all of Riviera Dining Group’s (moharihospitality.com) prestigious restaurants, Michaelidis prepares to put a Michelin-starred touch on some of the city’s most applauded eateries through the reimagining of coveted menu items and his world-class expertise. 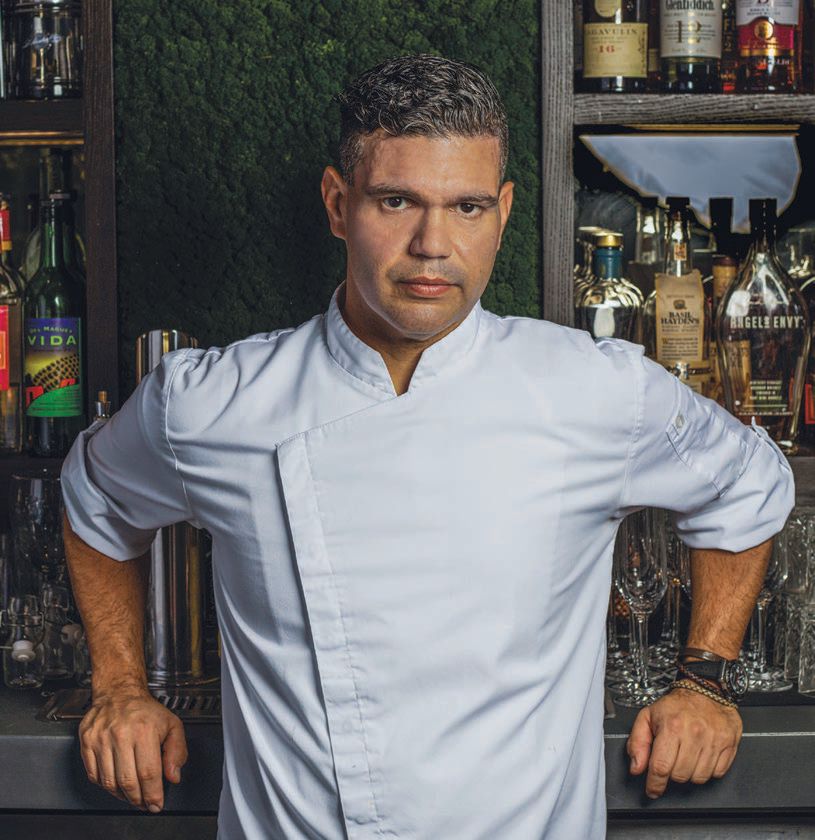 Kicking off his culinary career at the age of 17 under the mentorship of world-renowned chef Mark Provost, Manuel Garcia has quickly grown into a maverick in Miami’s prestigious Italian cuisine scene after bringing his mastery to the iconic kitchens of Casa Tua and Zucca. Continuing on his awe-inspiring career, the innovator serves as the mastermind behind Zucca Miami’s (zuccamiami.com) decadent Italian fare. From exquisitely prepared dishes to authentic Italian delicacies, Garcia is famed as a visionary in the eyes of the city’s most choosy food connoisseurs and beyond. 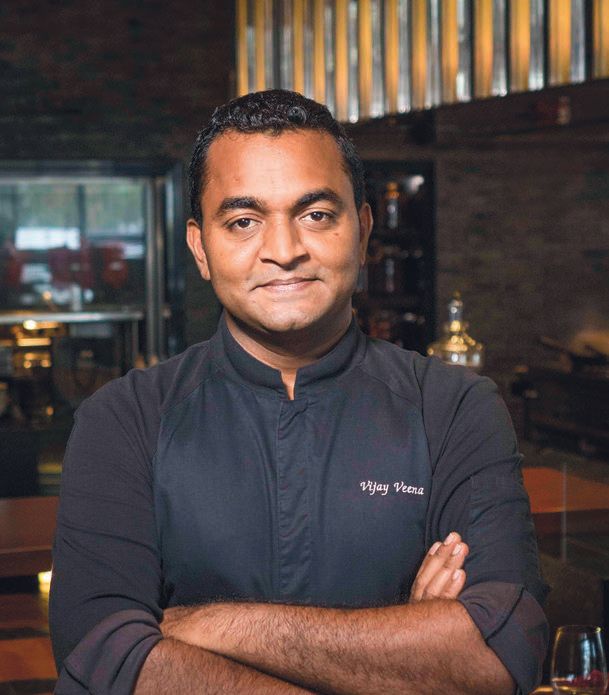 While Jaya at the Setai (thesetaihotels.com) is widely known for its decadent multicultural fare defined by the bountiful flavors of Asia, such an exclusive culinary journey can only be made possible in the hands of an esteemed artisan. Hailing from India with his formal education in Switzerland, chef Vijayudu Veena has developed a reputation for bringing his childhood’s rich flavors and cooking techniques to Miami Beach while serving as Jaya’s reputable executive chef. From spearheading the restaurant’s iconic Sunday brunch experience to unifying the bold flavors of pan-Asia in one sitting, Veena stands as one of Miami’s most beloved and gifted chefs. 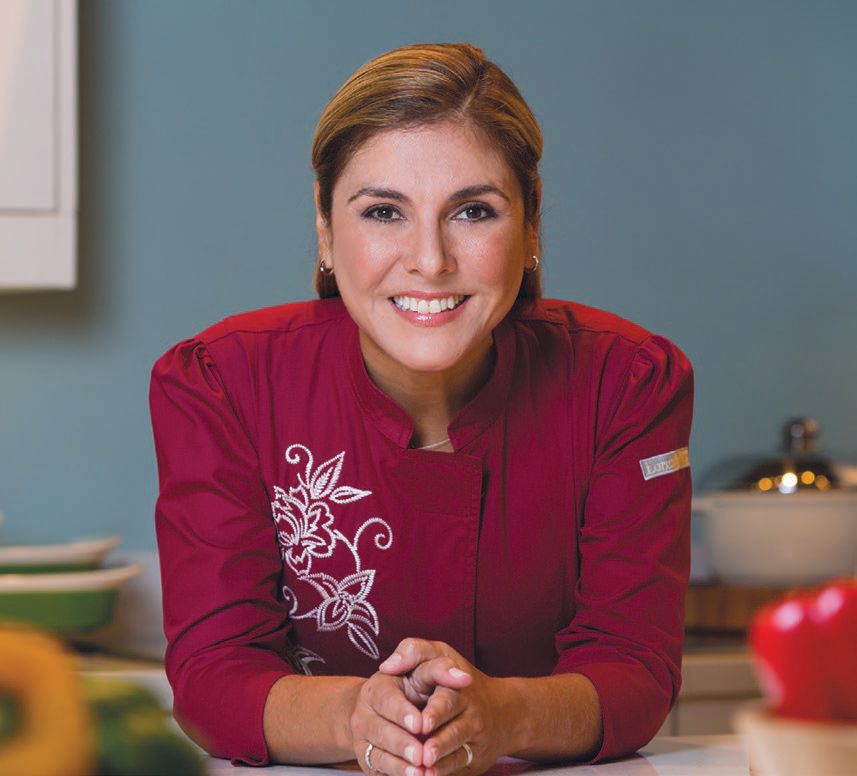 Chef Lorena Garcia, who has received great acclaim for her restaurant concept CHICA (chicarestaurant.com)—alongside 50 Eggs Inc.—brings her passion for Latin cuisine and sharing its bold flavors and her signature fusion technique with the world. She’s made appearances on Bravo’s Top Chef Masters and Top Chef All-Stars, NBC’s The Biggest Loser and America’s Next Great Restaurant. She has also been featured on the CNN special documentary Latinos in America and as a guest on talk programs such as The Talk, The Chew and Today. With CHICA locations in some of the hottest hospitality areas in the country including Miami, Las Vegas and Aspen, Garcia’s name and fame extend on a wide-scale national level.

Hailing from Puerto Rico, Jose Mendin has become one of the most recognized hospitality names in Miami. He founded Pubbelly Global (pubbellyglobal.com) hospitality group in 2010, and has since rolled out fan-favorite destinations like Pubbelly Sushi, with locations in Miami Beach, Brickell City Centre, downtown Dadeland and Aventura Mall. He also debuted La Placita Miami in MiMo, Rivertail in Fort Lauderdale, Moloko in Paris and recently brought the Parisian-born dining concept to his South of Fifth neighborhood, as well as his newest Italian eatery, Casa Isola. He’s a five-time James Beard Award semifinalist for Best Chef: South (2012-0216); was nominated for Food & Wine Magazine People’s Best New Chef in 2015; and won the StarChefs Rising Star Restaurateur Award in 2016.

Photography by: Photo By: Jay Wennington