As the Panamerican Benefit Gala approaches, the Miami Children’s Chorus members prepare to lend their voices to América Viva! 100 Voices. Held at the Adrienne Arsht Center, all proceeds will go toward benefiting disadvantaged children throughout North and South America. 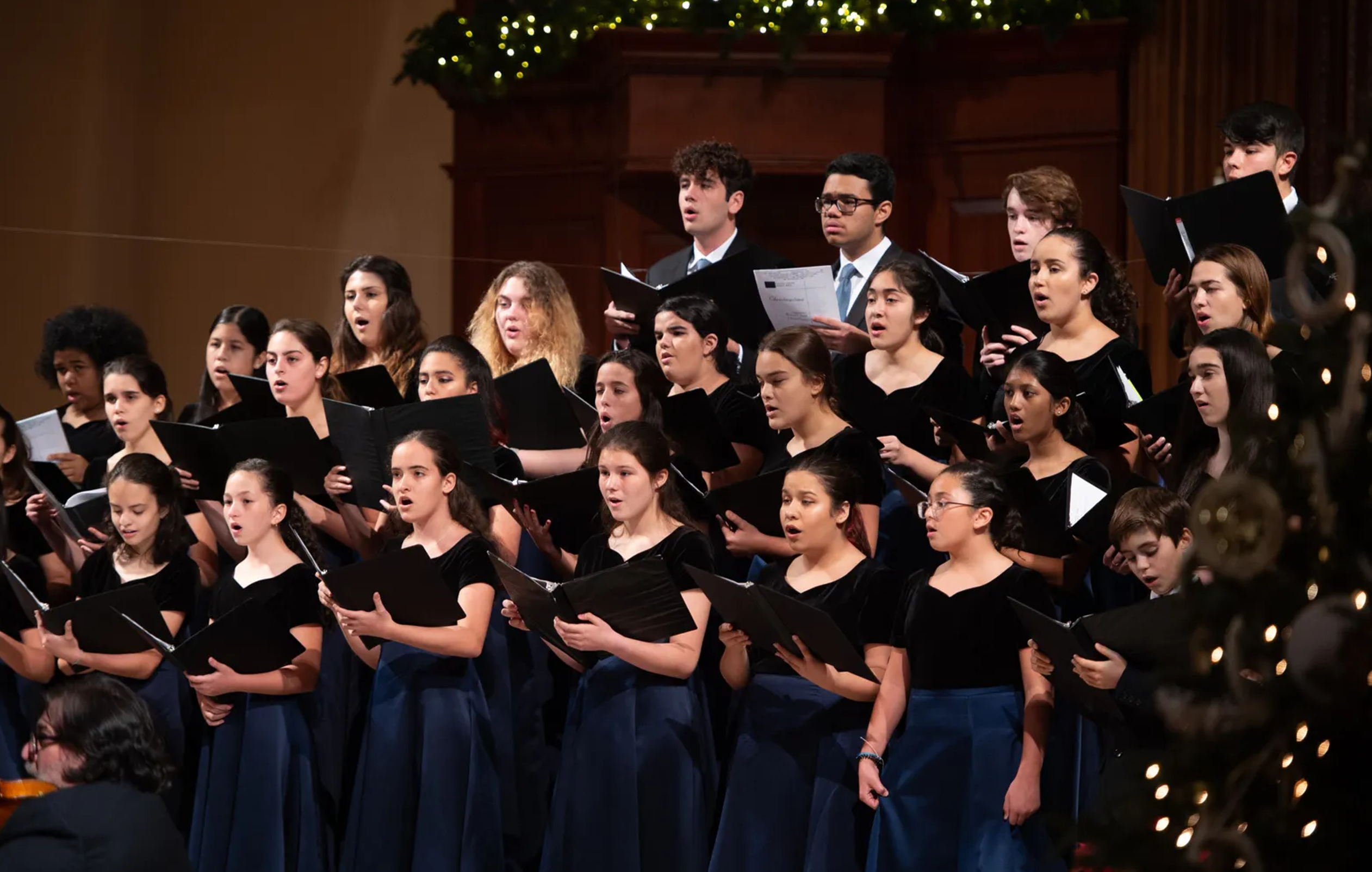 Directed by Carolina Lizarrage, narrated by Paquito D’Rivera, musical direction by Cesar Orozco, dance direction by Daniela Tugues featuring the New Land Dance Company, the show will be a multi-faceted journey exploring inclusion, solidarity and the history of the Americas.

“I think the cause is something our city should rally around,” shares Liana Salinas, the Artistic Director of the Miami Children’s Chorus. “Miami is a very Latin city, with lots of people from Latin American countries. These funds will help children that do not have the same opportunities as those in the United States because of a lack of resources. The America Viva Alliance is helping provide some of those resources.”

Salinas, who dreamt of being the Artistic Director of Miami’s Children Chorus since she was 12 years old, has family in Nicaragua, many of which are also teachers. Miami Magazine spoke with the chorus teacher about her hopes for the show and what the process has taught her.

What roles do music and art play in your life?

Music has always been an integral part of my life. It is part of why I love teaching music. Music is a universal language. It's a form of expression and freedom through which we can encourage our students to express themselves, to feel heard, and to build the confidence to go out in the world and speak their minds about things that are important to them.

What do you hope this experience teaches the students involved in Miami Children’s Chorus?

For the students who have Latin American roots, I hope this teaches them a bit about their history and how that history influenced different styles of music. We are redefining what the word “mestizaje” means. We have delved into conversations about the meaning of the texts and how these words are being reclaimed as a positive aspect of our history and the roots we have here. Even for the children who do not personally share that background, it helps them understand what makes Miami so unique.

This project enables young people to help raise money for young people, which is initially why we said yes to the project. It's a beautiful exchange and service.

What do you hope those attending the show get to experience?

I hope they learn something new about what it means to be Hispanic. It's part of my culture, but even I've learned something new. I hope the audience is awestruck--that they go on this magical journey experiencing different styles of music and feeling the life and excitement in these songs. There are hundreds of people involved in this production. From the chorus to the orchestra, the dancers, and the soloists--I hope they see how many people believe in this cause and have rallied around it. It's impressive. I hope it inspires the audience to feel involved as well.

The single “It Is Up To Us,” recorded earlier this year, is available online. Salinas shared she believes recording the song is a core memory for students, demonstrating they can be successful in the arts.

“We have the live show this weekend, but the project started last spring with recording sessions. That was an amazing experience. The choristers can say they have a Latin-Grammy nominated single that is out.”

Tickets are now on sale through the Adrienne Arsht Center for the upcoming show on Oct. 15.