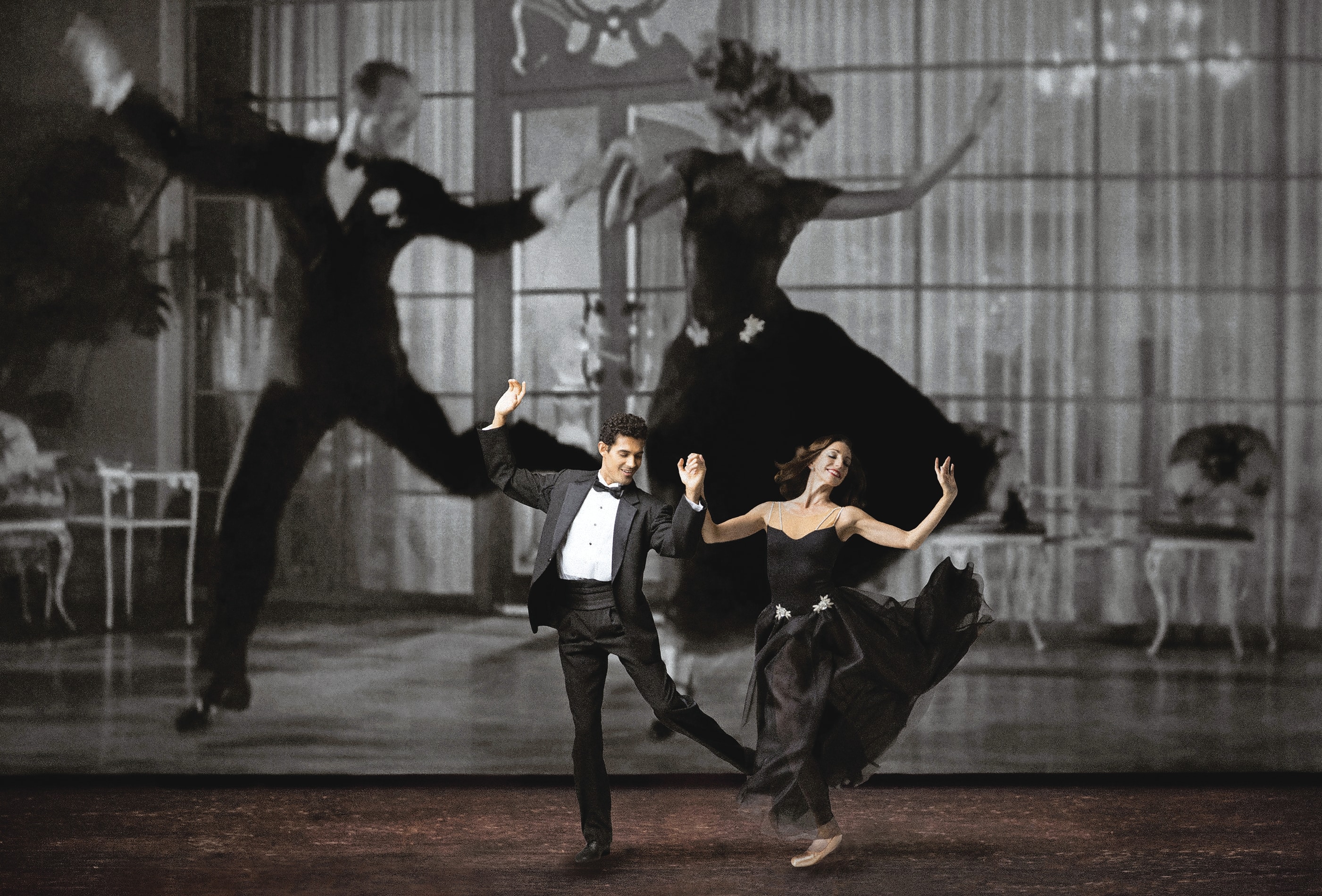 It doesn’t get much more glamorous than the silver screen era of the 1940s. Add the romance of classical ballet to the equation, and stage magic is bound to happen. Paying homage to that golden age of film this month, the Miami City Ballet is presenting I’m Old Fashioned, a production choreographed by the late, great Jerome Robbins. The inventive production opens with a screen projection from the 1942 film You Were Never Lovelier featuring a ballroom waltz between Fred Astaire and Rita Hayworth set to the original Jerome Kern song “I’m Old Fashioned.” Onstage, dancers interact with the movie stars, echoing their moves step by step, through a stunning interpretation in real time.

“If you’re a fan of our more Broadway-esque works such as Nine Sinatra Songs and West Side Story, then you’ll want to add [this one] to your list,” says Lourdes Lopez, MCB’s artistic director. “It’s a lovely experiment.”

While the ballet has been a hit with New York audiences, this will mark the first time it’s being performed anywhere else. “It is always exciting to bring something completely new to South Florida,” adds Lopez. “We are thrilled and honored to be able to present this stunning work.”

The one-of-a-kind production is part of a longer program that includes the company premiere of Christopher Wheeldon’s This Bitter Earth, the crowd-pleasing Tchaikovsky Pas de Deux and Symphonic Dances, created for the MCB by celebrated choreographer Alexei Ratmansky. Jan. 10-26, times and locations vary, from $30